PEC SAND AND SNOW BUNT HELP RETURN TO THE GRIND

After the holiday to Spain it was abruptly back down to earth and the reality of work and family commitments. Bloody hell, the older I get the less respite there seems to be.

We touched down at Gatwick around midnight on Saturday and I was back working at my desk the following afternoon. Being a freelance, taking a week off has its drawbacks. There's so much catching up to do – a week's worth, as it happens.

So the following week was flat-out. There was just one contrived, half-planned opportunity to take a quick visit somewhere local.

On the Thursday, I convinced Annie we should pay a visit to Lidl...

There was some method to this slight madness, in as much we're both wine drinkers and Lidl have a great promotion going on at the moment with some stonking value French wines on offer that are simply too good to miss.

So we went on a trip to Lidl, not the local one in Horley but a bigger store in Farnham, via Tice's Meadow... obviously.

Tice's had been going through another one of its purple patches, and I'd been away when it all really kicked off.

The influx of waders has been fantastic there – and has included Ruff, Wood Sandpiper, Little Stint, Curlew Sandpiper and the big prize, a Pectoral Sandpiper found, not by one of the Tice's birders but by David Campbell and Franco Mareovic on September 8, and was still present. Add numerous Garganey to the list and you have an impressive array of scarce and uncommon birds dropping in at this remarkable Surrey site.

When we arrived, there was no-one else around, so finding the Pec Sand or the Little Stint was problematic. To view the scrapes at Tice's you stand on a mound overlooking the whole area and finding a specific distant wader against the sun is very difficult if you don't know where to look.

Fortunately, the Patch Commander, Rich Horton, and his trusty sidekick Duke the dog, arrived soon after and was able to steer me in the general area to focus on. Another mate, Dave Baker, also turned up and it wasn't long before he locked on to the Pectoral Sandpiper.

It was great catching up with the lads at a site I haven't visited all year. We couldn't locate the Little Stint, but did see a Ringed Plover, one of a pair of Garganey and three Pintail.

Another highlight was a close-up view of a Wasp Spider, one of at least four at the site.

The trip to Lidl, by the way, ended up a bit of a wine dip, as most of the decent wines we were aiming to buy had all sold out.

After the trip to Tice's my only other birding before last weekend took place at my local patch at Holmethorpe which didn't produce an awful lot, apart from three Snipe.

So, on to Saturday, when I was due to see my mum and visit my dad in the home in Margate. On the way down, I diverted to Reculver in the hope of seeing a Yellow-browed Warbler, seen earlier that morning. It had relocated to trees around the perimeter of the caravan park, but try as I might I just couldn't find it. The Yellow-browed is proving to be one of my bogey birds.

What I did find, however, was the very obliging Snow Bunting on the beach about 300-400yards east of the towers. A fabulous little bird. Also at Reculver four Brent Goose flew over. 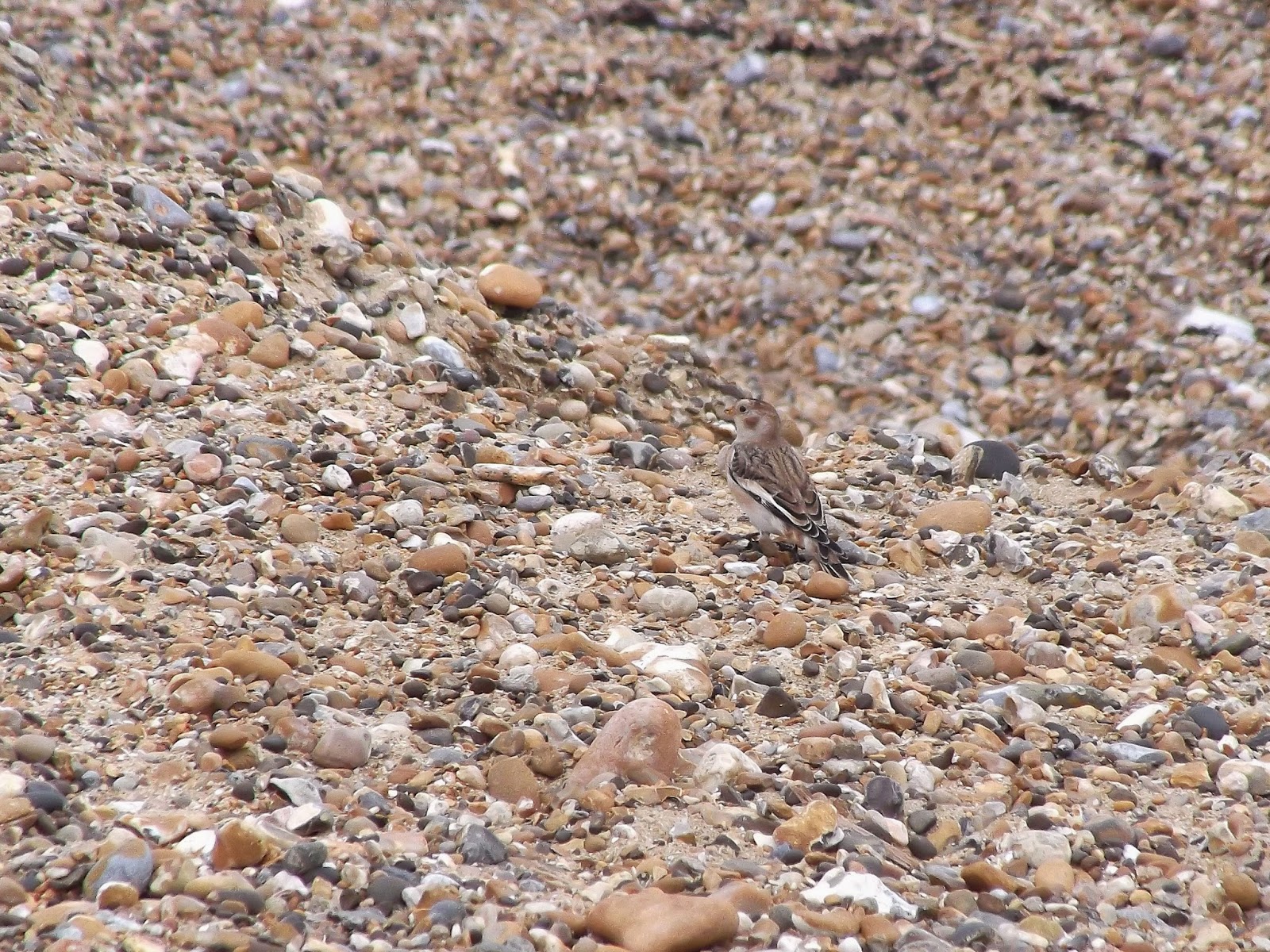 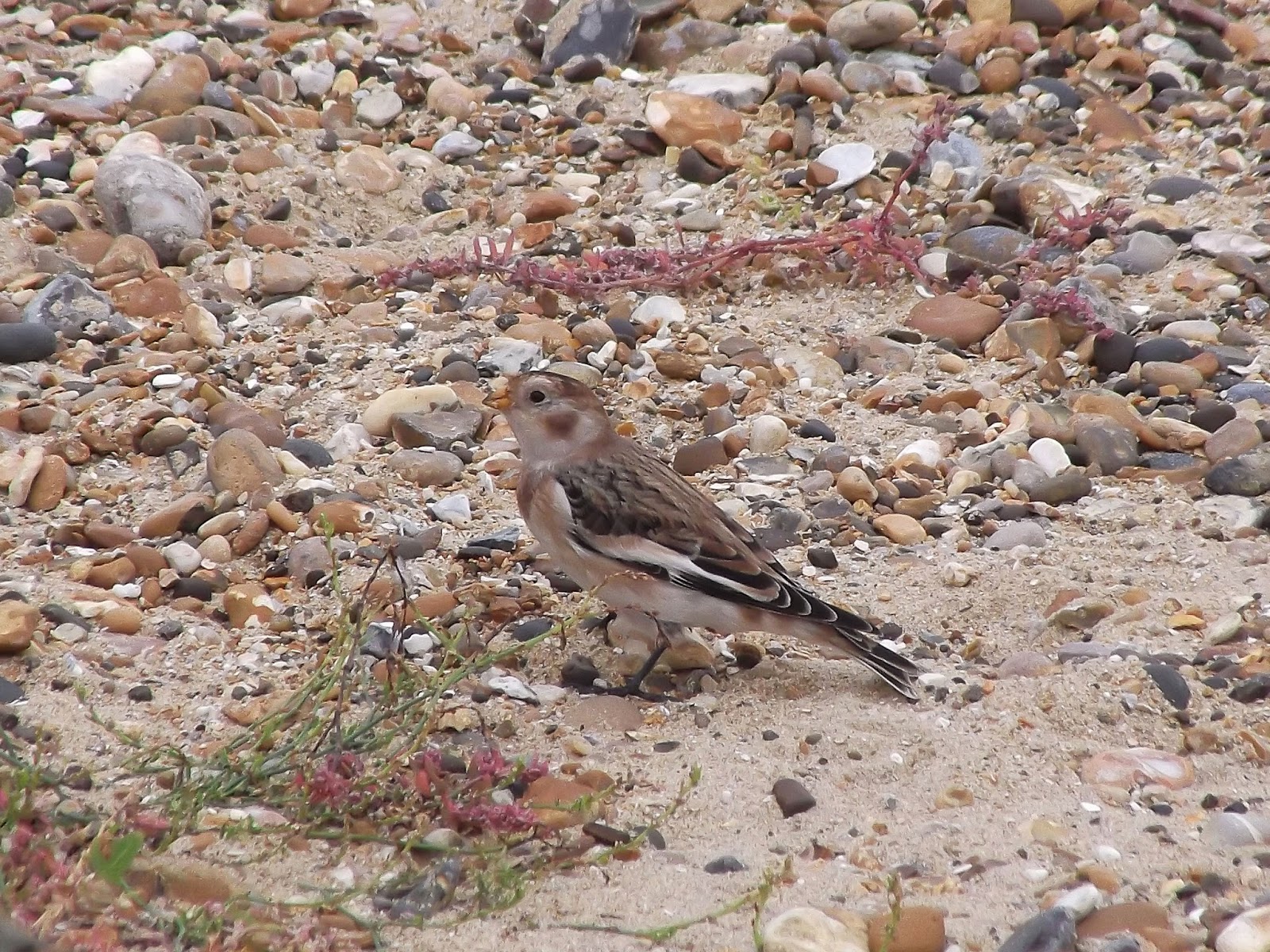 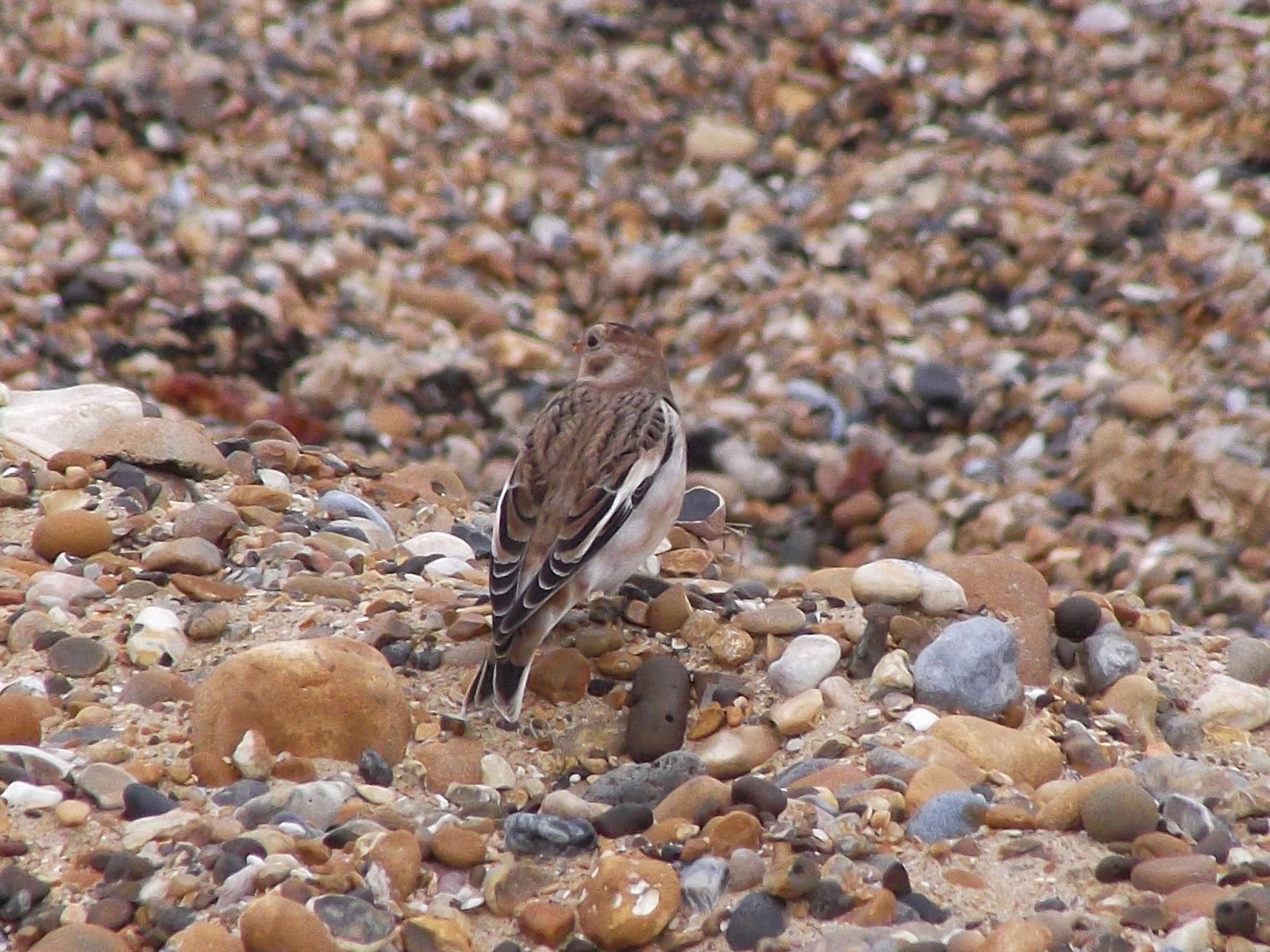 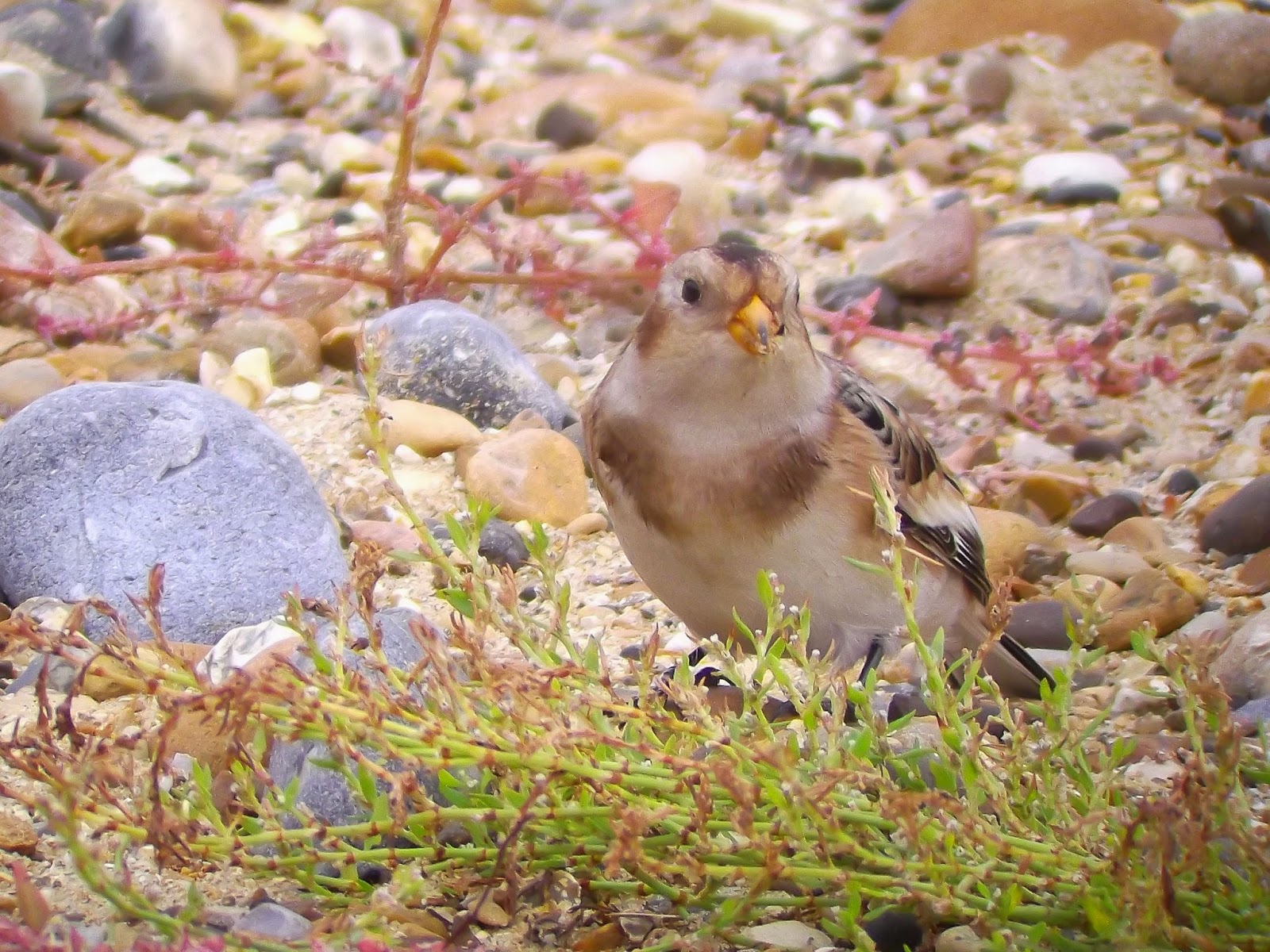 Down in Margate, close by where my parents live, the area around Foreness Point had changed. The untouched long scrub and grass had been mowed ready to turn into hay, which was a great shame because it had made for interesting habitat, and was a draw for Whinchat and Pied Flycatcher in particular. Only a couple of confused Wheatear and a Willow Warbler were present.

Down on the beach, the tide was out and many Oystercatchers, Curlews and Turnstones were feeding.

Foreness Point is a fantastic patch – I just wish I could spend more time exploring it.
Posted by Factor at 21:13