IT'S NOT TOUGH WATCHING A BUFF-BELLIED PIPIT

A couple of weeks have past since visiting Thursley Common and since then a couple of rarities have set the birding community's pulses racing. One is a Hornemann's Arctic Redpoll – an extremely confiding individual and only the second British mainland sighting of this species (the first appeared in Norfolk a few weeks back) – that appeared on the coast at Aldeburgh in Suffolk on December 8. At the time of writing it is still present and if it sticks tomorrow (my first proper day off for a fortnight) I'm tempted to travel to see it.

The second exciting discovery occurred closer to home at the Queen Mother Reservoir in Berkshire this past week. An American Buff-bellied Pipit was discovered on Thursday feeding on the banks of the reservoir, and it wasn't long before every birder and his dog had been to see it – apart from me, that is. I couldn't go over to the reservoir on Thursday or Friday due to work commitments but despite working yesterday I found time first thing to travel up the M25 for the twitch.

I read there were strict orders to arrive after 9am to gain a permit – the one good thing about birding at this time of year is you don't have to get up early – as the reservoir is private property and on a normal day only the local yacht club and a select band of birders are permited to access the site.

Fortunately, due to the predicted interest in this very rare American vagrant, the Berkshire Ornithological Club set up access to the reservoir for eager birders, with permits given out for a £2 fee. They did a fine job.

It was all very straightforward. Once I confirmed via Rare Bird Alert that the Pipit was still present, I drove up the motorway for 40 minutes, queued up in the car park to sign the papers at the entrance, parked up by the yacht club and walked the 15 minutes along the east bank of the reservoir to the throng of birders staring at it. 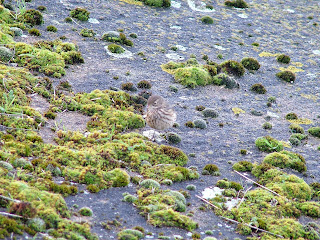 The American Buff-bellied Pipit was remarkably easy to view. It simply scuttled along the bank of the reservoir feeding as it went and skipped by to within a few feet. In the same way the Hornemann's Arctic Redpoll has been reported and as Desert Wheatears tend to behave in general, this rare vagrant didn't regard humans as predators so would virtually walk up to you without hesitation. The only time the Pipit looked remotely concerned with this large congregation of birdwatchers was when someone coughed. It fluttered off the ground slightly for a split-second and then carried on feeding. 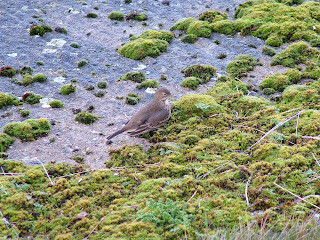 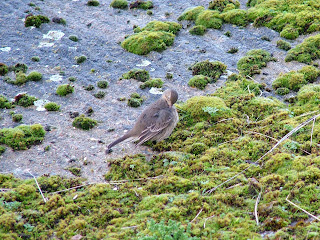 It wasn't quite as engaging as the Desert Wheatear at Worthing last month, but it still made a pleasant change from trudging for miles to see some speck in the distance that might fly off at any moment. I only had an hour and a half to spare before I had to head back to Redhill to get the train for work at Racing Post, so this was just as well.

I have to admit at this point if it wasn't for the fact I knew it was there and at least 100 other birders had migrated to the same place and it was so tame I could have fed it, it is entirely likely I could have passed it off as a Meadow or Rock Pipit in other circumstances.

It proves how good some birders are at observation and identifying bird species and also how I much I have to learn.


While the Pipit was entertaining the crowds, I also spent some time viewing the Long-tailed Duck that has been at the reservoir for some weeks now. The Red-necked Grebe was also present but at the furthest possible distance away to get a decent sighting.

So an easy twitch to start the weekend. Next stop is, all being well, Suffolk on Tuesday.

Footnote: Next week – the 2012 Randon's Ramblings Birding Awards
Posted by Factor at 00:48