On Twitter it's simply known as #TheRes. This is not necessarily a term of affection, as this is a place that it imposes its will on all who step foot there.

Birding at Staines Reservoir is always hardcore. It's the inland version of a seawatch. Exposed as visitors are to the elements along the causeway, the weather is always that little bit more intense than anywhere else in the area.

As a vista it ain't pretty. Terminal Five at Heathrow Airport is the view to the north, the banks of the King George VI reservoir to the west.

In summer, it's the flies you have to contend with – millions of them. So many, you almost involuntarily inhale them. And on a hot day, it's always just that little bit hotter at The Res. The place then is like walking into a kiln.

But it is during a cold snap in winter when the wind's blowing, that birding at The Res is at its toughest.

And on Saturday the winds did blow. By Christ, they did up at The Res. It was soul-sapping. The wind never abated, just tore into you face like an ice-cold Dyson hand-dryer switched on permanently.

And it is in this environment you try to watch birds peering through a scope. Virtually impossible.

A Great Northern Diver, a Staines Reservoir speciality, was present on the south basin, but with the Diver's propensity for spending more time under water than above it, it was very difficult to locate.

I had been there an hour and hadn't seen it when the Tice's Meadow gang arrived. They had been to Barnes Wetland Centre hoping for a Bittern, but left with a Pintail. At The Res, the Great Northern Diver was the objective, but it never showed up. I'd had just a two second view prior to the gang arriving. And it was another hour after they left before I got a decent one.

Birding is frustrating. I'd spent all this time with little to show for it, when an old codger arrives and picks it up within a couple of minutes. This, obviously I was thankful for. The Great Northern Diver was preening for a few minutes before another dive for food. 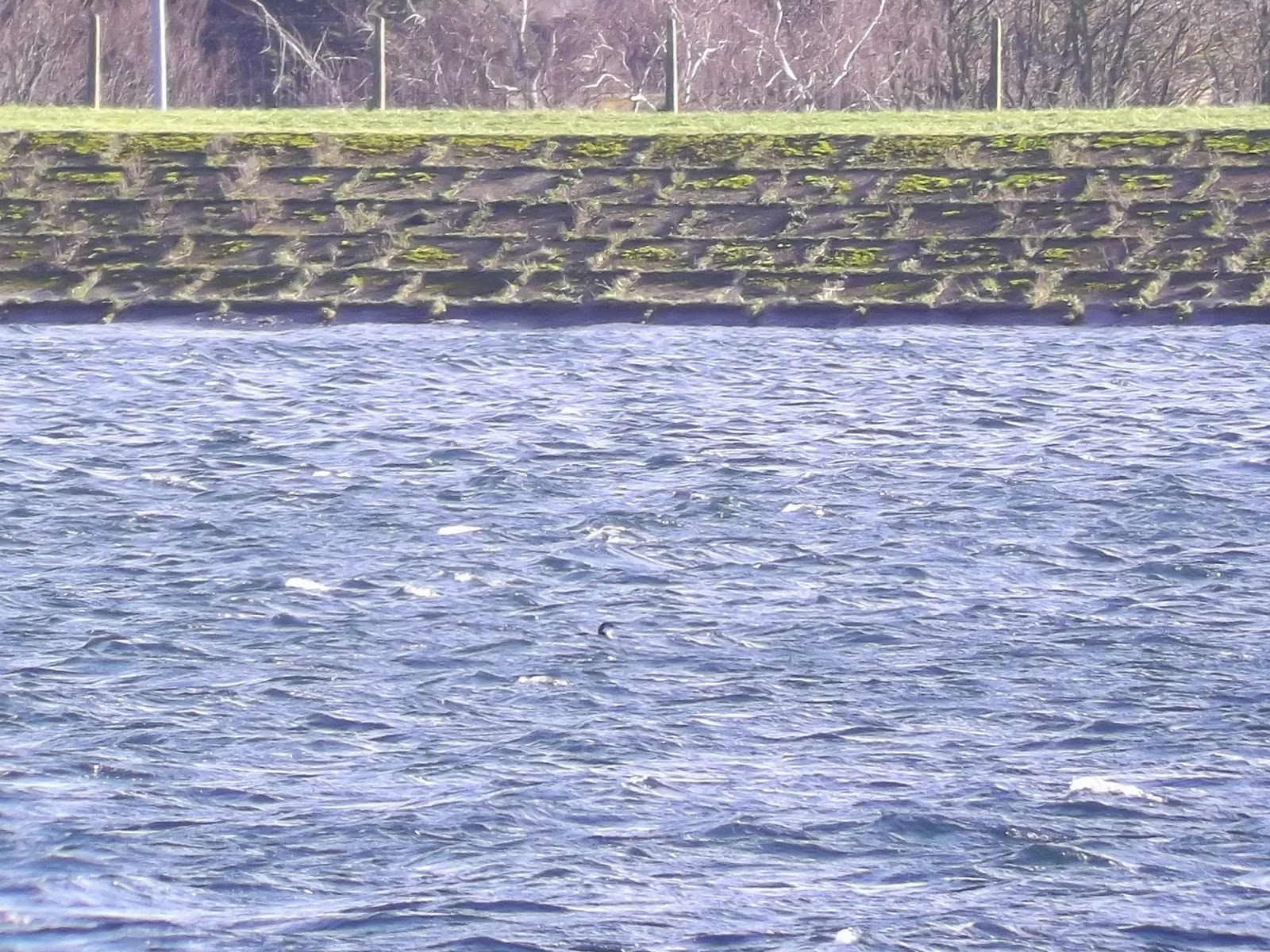 It then emerged, like a World War Two U-boat, bursting out of the water having captured a fish. A great sight.
I also saw a Scaup and another Staines speciality, a Black-necked Grebe, before travelling over to Staines Moor.

The target at The Moor was a Short-eared Owl. It was a bit of a longshot as the wind was probably too strong at that time for one to choose an evening hunt. After a long trudge wading through water,  I saw two Water Pipit, a Cetti's Warbler by the boardwalk and three Little Egret.

A Short-eared Owl made an appearance on Sunday, so I ventured back to The Moor late yesterday afternoon, where I met up with top local birder Dominic Pia.

Dom couldn't stay long so missed out on the Short-eared Owl when it made an appearance at 4.40pm. It was hunting to the north end of the Moor, so being in the southern end, views were quite distant, but it was good to connect with one of these fabulous birds before a persistent Carrion Crow forced it to move.

The Moor is going through a purple patch at the moment. I saw seven Water Pipit during my visit. There were definitely seven as that many took to the air at one point. I also saw six Little Egret, although ten were seen during the afternoon – a site record. Another great spot had been a female Merlin successfully catching a Meadow Pipit. I wish I'd seen that.

So in the space of a mile you can see a Great Northern Diver, Slavonian Grebe, Black-necked Grebe, Scaup, Short-eared Owl, Water Pipit, Merlin, Little Egret and Cetti's Warbler. Not bad for an inland county region.
Posted by Factor at 00:22