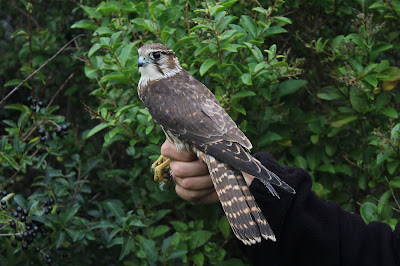 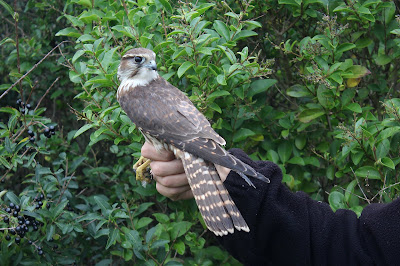 I was going to write a post on a late summer/early autumn visit to Mallorca, but felt that could wait.

I've predictably not been birding much since early September, only heading to Spynes Mere on the local patch to see my first Curlew Sandpiper at Homethorpe, found by Richard Perry.

But I was compelled to make a belated autumn visit to Dungeness yesterday, and glad I did. The weather was damp and breezy, with north-easterly winds which had originally tempted me to head to north Kent. But with the temptation of a juvenile Sabine's Gull to see at Dunge, I went south instead. I was also hoping for Ring Ouzel.
When I arrived, the first bird I saw was a Ring Ouzel that flew into a bush next to the lighthouse, and was followed by a second one later in the morning. I looked around the desert area for the 11 or so that had been in the morning in the desert area near the observatory, but to no avail.

While twitching is not something I tend to do much these days, I still needed Sabine's Gull for my UK list. There was no guarantee it would still be there, but luckily it remained, flying between the Patch offshore from the power station, and the fishing boats further up the shingle beach.

I was lucky to get down the Dungeness when I did as there have been no sightings of it today (Tuesday) so far.

It eventually flew towards the fishing boats, before flying towards the Patch in the afternoon. The sea watch looked promising, but maybe not surprisingly didn't produce the Pomarine or Long-tailed Skuas seen further up the coast at Sheppey and Foreness Point. 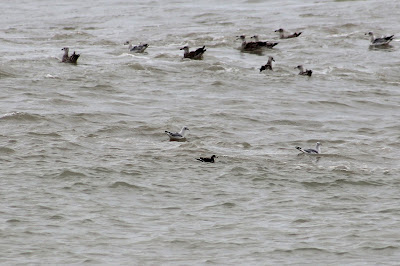 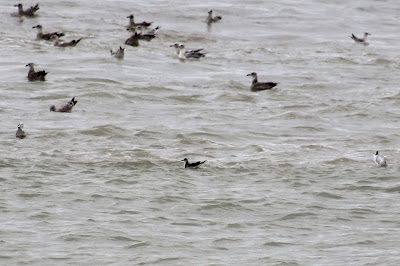 The best I could come up with were plenty of Brent Geese and three Eider. Walking back to the car a pair a Black Redstart were feeding along the power station perimeter fence to the power station, and I was met by a birder who had been by the fishing boats.

He mentioned that a group including assistant Dungeness Observatory warden Jacques Turner-Moss and Martin Casemore had a Merlin they were about to ring at the Obs. The female had caught a Meadow Pipit near the fishing boats and had flown into the wheelhouse of one of the boats to eat it. A fisherman closed the door and alerted the group who were seawatching there at the time.

And so I dashed over to the Obs, where Jacques and warden David Walker were weighing and id-ing the Merlin. It was concluded the falcon was a female from the larger Icelandic race Falco columbarius subaesalon. 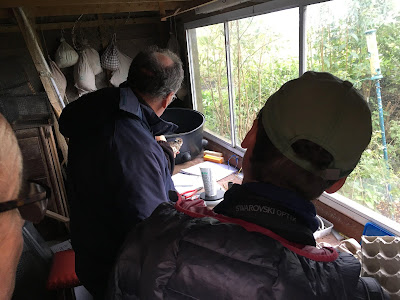 After ringing, Jacques brought the magnificent bird outside where she was posed for photos, accompanied by loud alarm calls and the odd nip when fingers got too close.

She was soon let free to fly off to hunt for more Meadow Pipits, ending a memorable day on the shingle.
Posted by Factor at 19:30