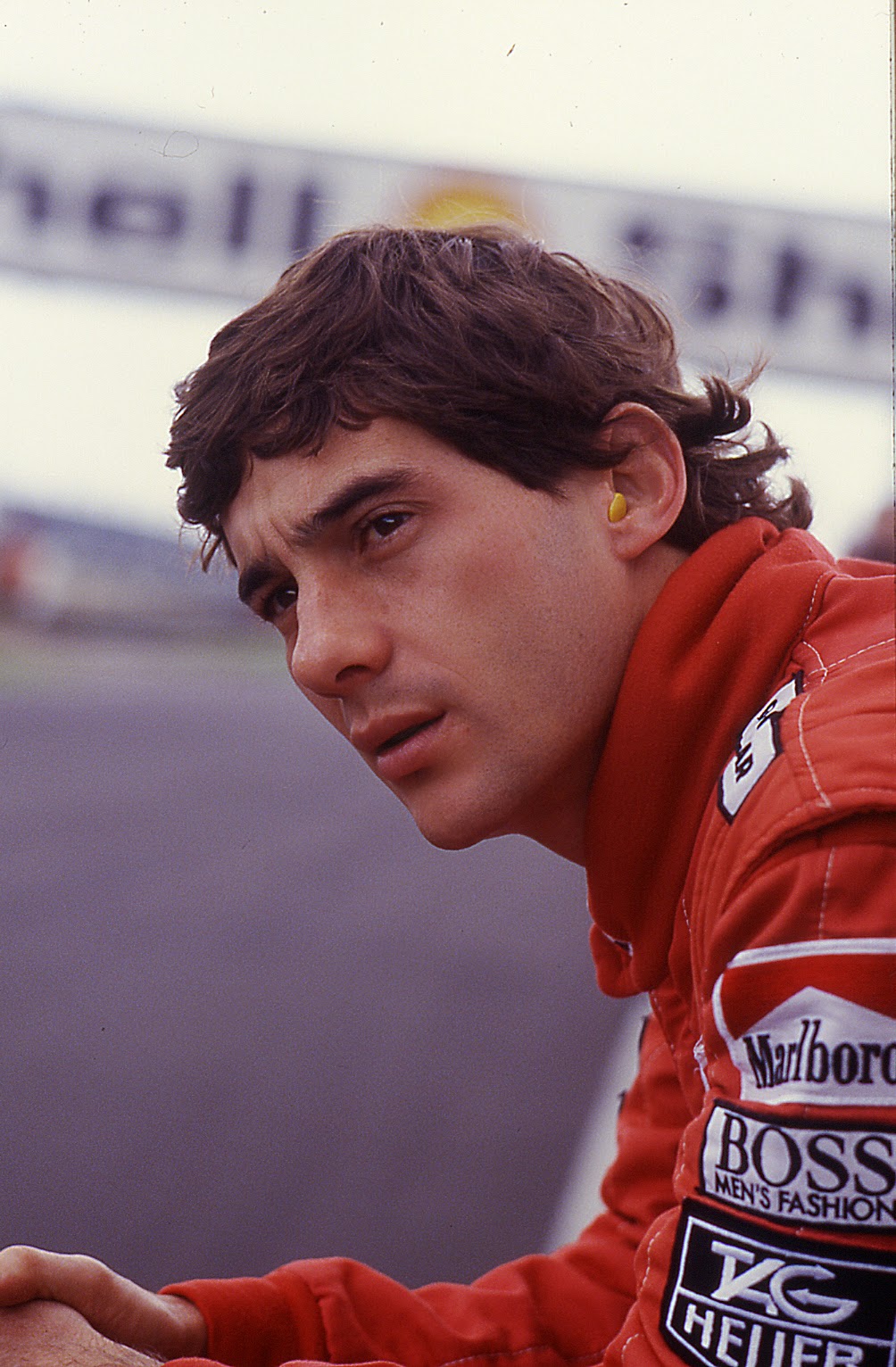 A complete digression from birding, but important to me. It is the 20th anniversary of the death of Ayrton Senna, who was killed at Imola during the San Marino Grand Prix on May 1, 1994.

It seems amazing to me that it happened so long a go, as it really doesn't feel half that time. I remember the day well, I was working at Racing Post, having written a preview for the race the day before. I still find it hard to believe he didn't step out of the car.

I was massively into Formula One at the time, and used to travel to a few races representing Racing Post as their F1 correspondent from 1988 to 1997, after which I left the newspaper and went to work for Haymarket Publishing at the weekly newspaper Motoring News, which was renamed Motorsport News in 2000 during my time as editor.

From the mid-80s through to the early 2000s F1 played an important role in my working life. I'd loved it growing up – Jim Clark was my childhood hero, followed in my late teens and early 20s by Gilles Villeneuve and then Senna after that.

It may be coincidence, but each one of these incredible drivers past away at the wheel of a racing car. But it was Senna's passing I found the most difficult to comprehend. He seemed untouchable.

I think it hit me hardest because I had rubbed shoulders with the great man on a number of occasions, and seen many of his famous victories, including possibly his greatest, at the rainswept 1993 European Grand Prix at Donington, when he passed four cars ahead of him on the opening lap in his McLaren, including Damon Hill and Alain Prost who were in what were supposed to be unbeatable Williams cars, to take the lead. He won the race emphatically, lapping everyone up to Hill in second place. He was euphoric afterwards and also in the press conference, an arena where he always excelled and was always captivating. He had made a huge statement by crushing his main rival and nemesis Prost, who he had lapped during the race. It was well known that Senna had wished to move to Williams that year because he was aware the car was superior to what McLaren could produce, but a deal couldn't be reached as Prost had already signed for the team.

I still have video footage of that press conference at Donington. Prost was downcast, and complained about his car. He bemoaned how, along with the tyres, the Williams FW15C wasn't good in the conditions, and Senna immediately leaned over and said "You can swap cars with me if you want". The comment was accompanied by laughter from everyone in the room, who understood exactly what he meant. The only one who wasn't laughing was Prost, who sat stoney-faced, humiliated.

It was a memorable moment. But for me there were many others. And some of the photos I took along the way I have included here.

Ayrton Senna was the greatest Formula One driver of the modern era. Charismatic, enigmatic, a genius. Maybe a flawed one, but a genius nonetheless. 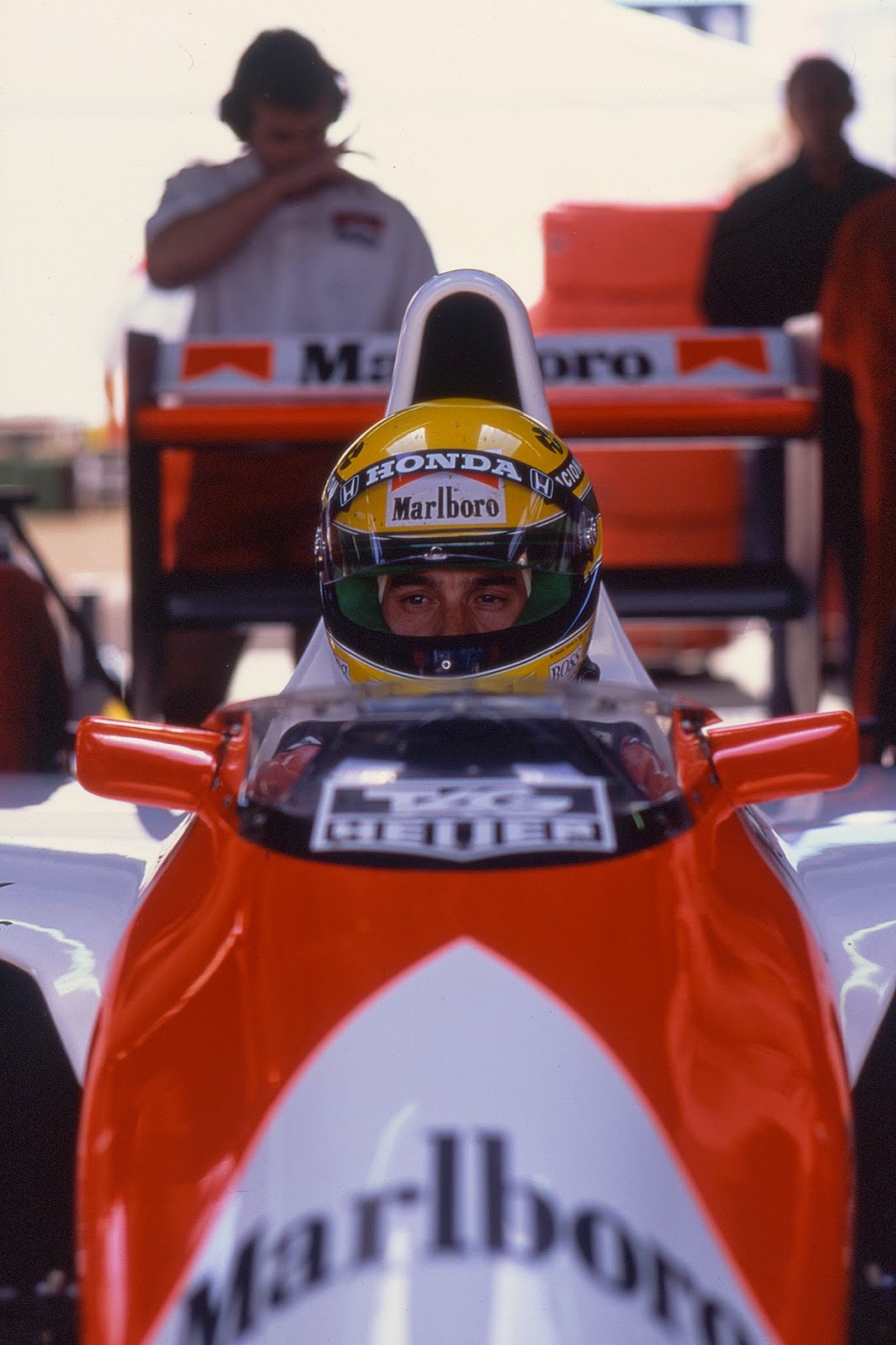 It was a privilege to have walked in his shadow. 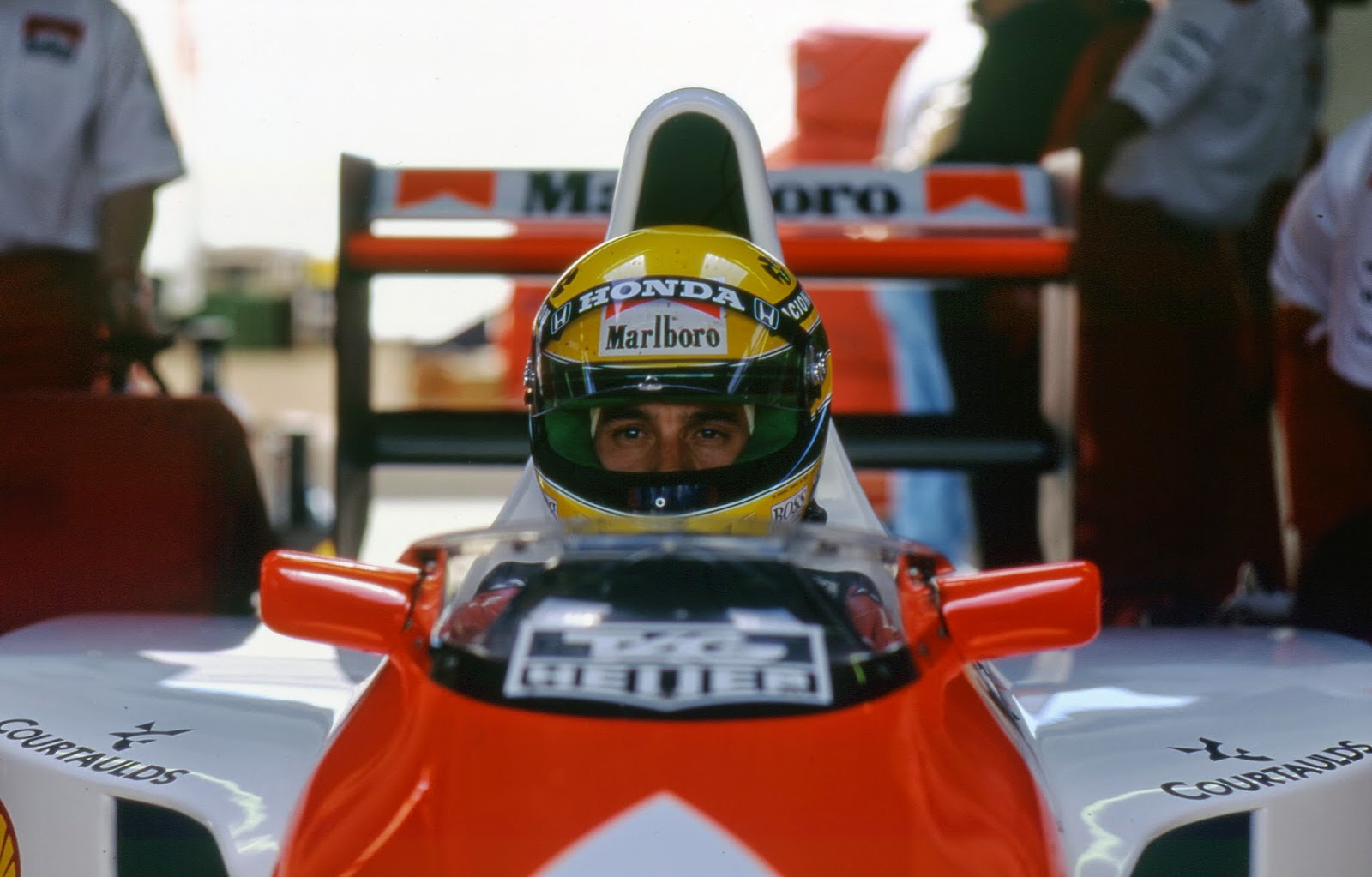