PLIGHT OF THE RED-BREASTED FLYCATCHER AT BEACHY HEAD

I managed to drag myself out of bed early on Monday morning and was on the road heading south before sunrise in the hope of seeing the Red-breasted Flycatcher that has been present since last Wednesday in the old trapping area just half a mile down the road from Beachy Head.

One of many birds on my list of scarce migrants I have yet to see, Red-breasted Flycatchers have been dotted around the east coast since last month, and being unable to take the time off to go birding recently I expected the chance to twitch one to pass me by for another year.

The skies were clear overnight, which was also concern, as it would have been the ideal opportunity for this flycatcher to move on – but after parking up in relatively warm early morning sunshine I joined two other local birders staring into the bushes and within a few minutes the Red-breasted Flycatcher popped up on a branch.

These are the sort of birding mornings, when I have work in the afternoon, that I like. You turn up, walk a few yards and the bird appears within minutes. 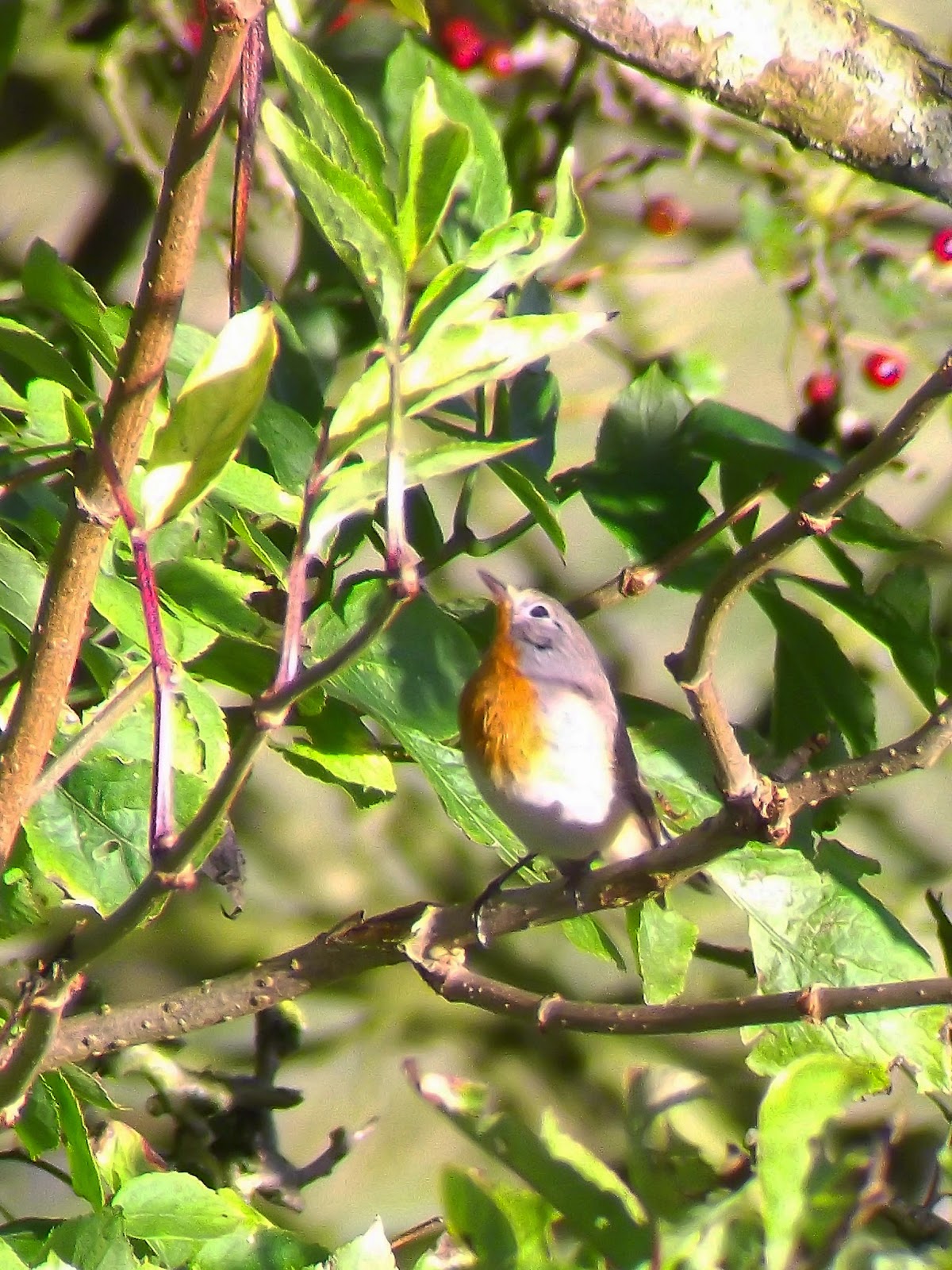 And what a little stunner it was. Very active and full of character, it also sat still long enough in the sunshine for a few digiscope photos. It was occasionally chased off by a Robin, but generally it appeared happy enough in this small area. 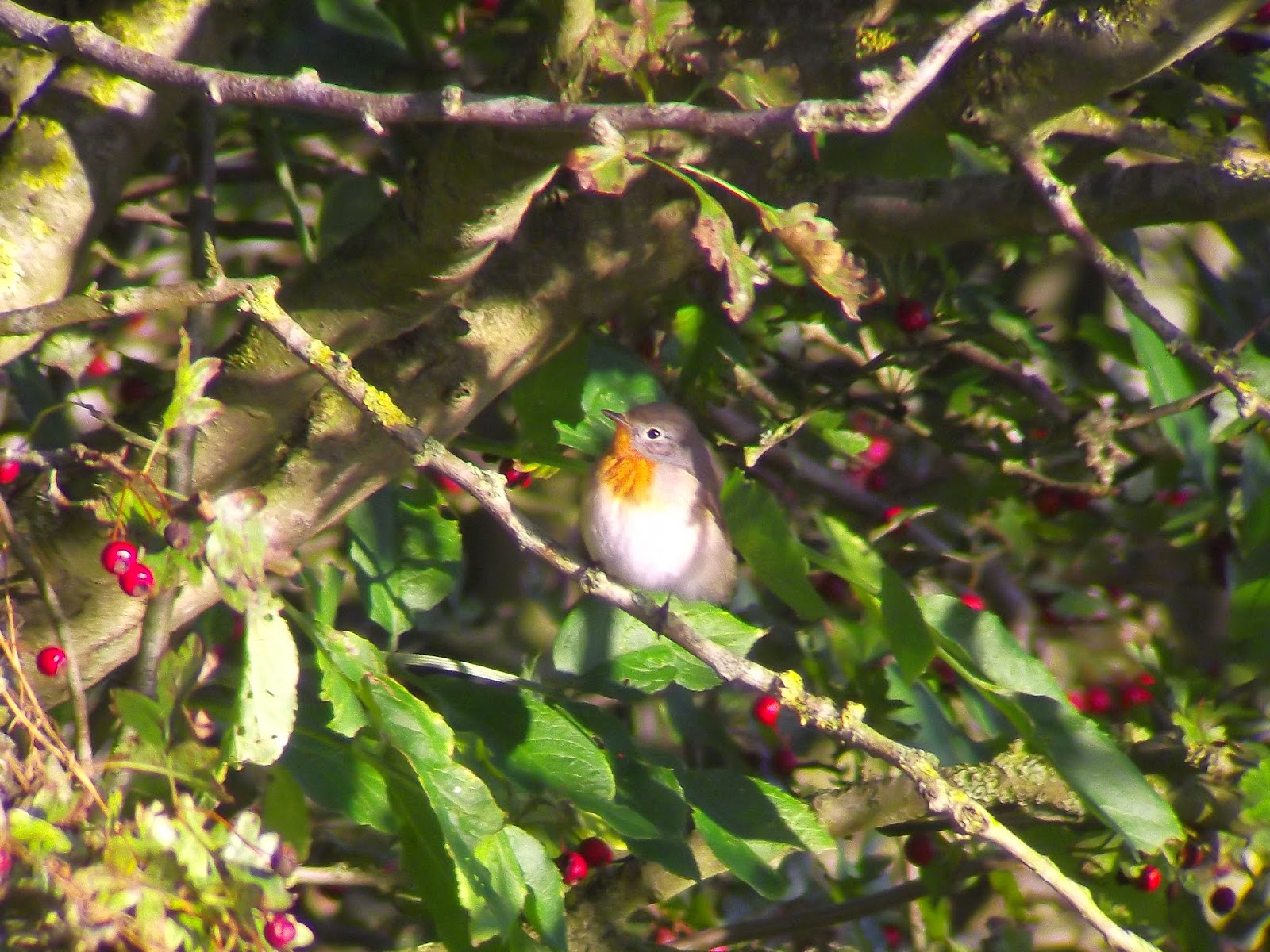 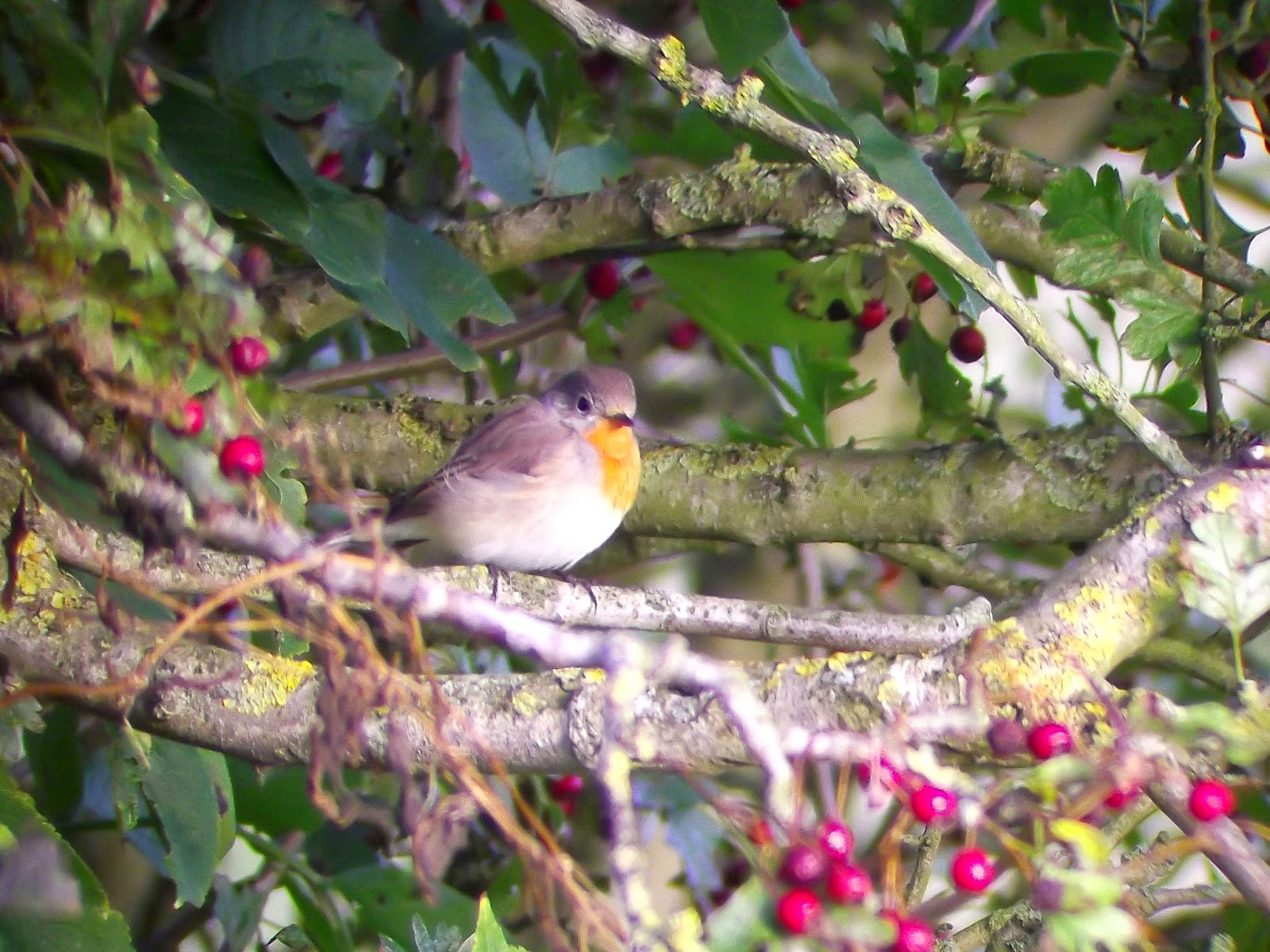 But appearances can be deceiving. I couldn't help feeling a tinge of sadness as I observed this beautiful little bird basically living on borrowed time. 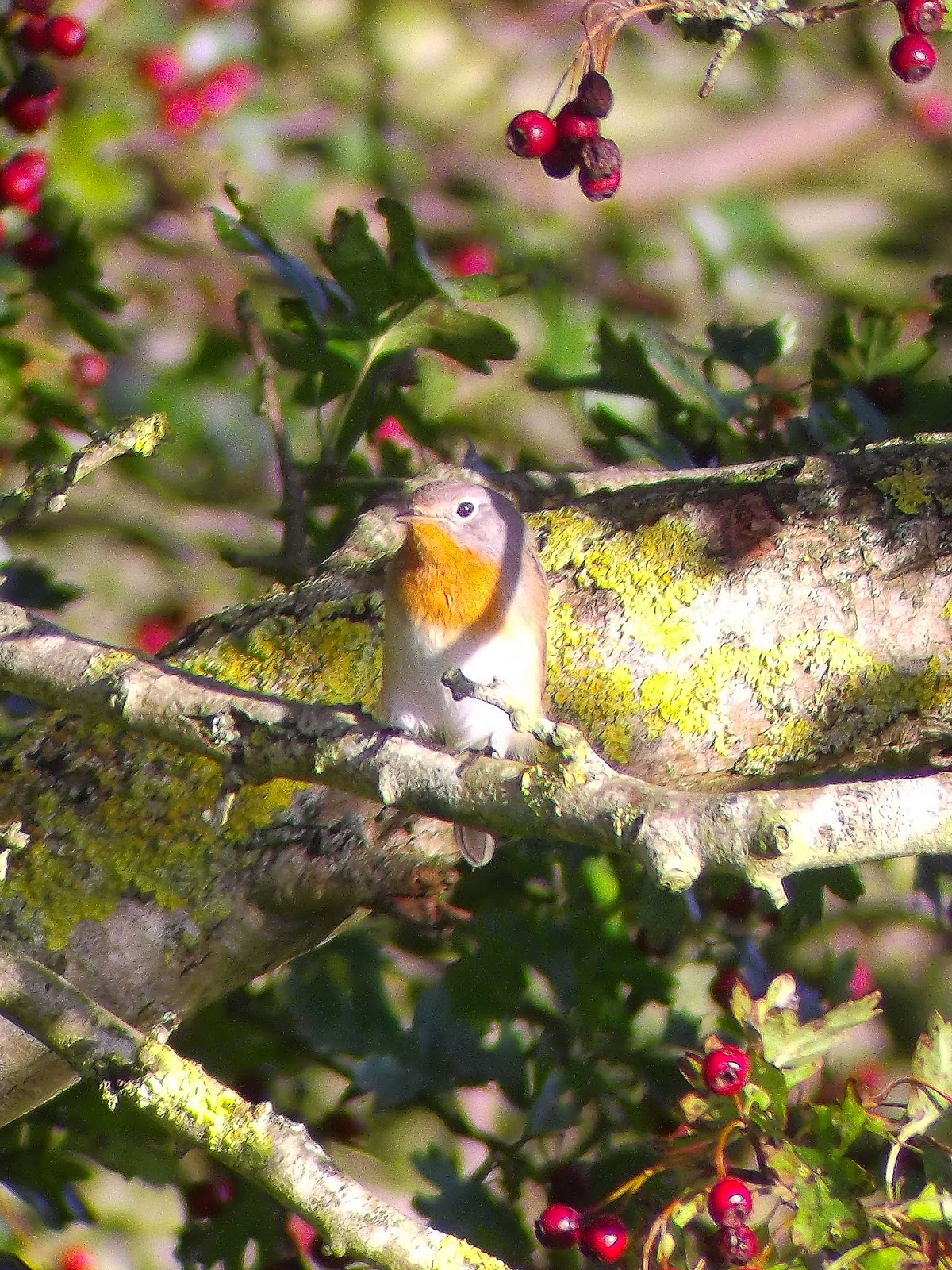 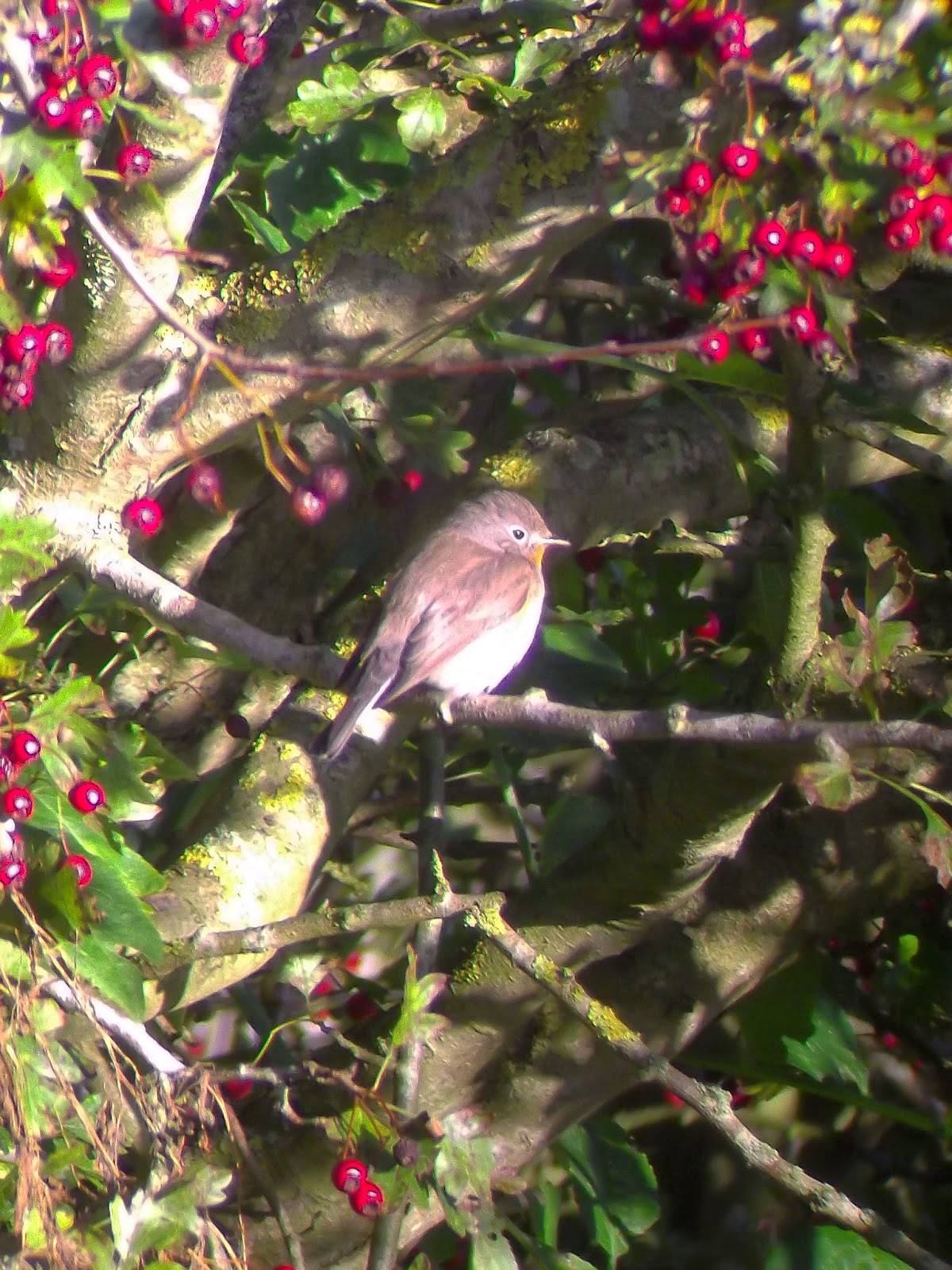 I'm often on Twitter and follow many birders, including Lee Evans, who will often remind those of us who wish to twitch a rarity of how precarious the situation is for them. The fact this one has stayed put for so long – it was still present yesterday – is a cause of concern for its overall well being.

The plight of rare birds is one of the downsides of twitching. While we watch, admire and enjoy the overall experience, the bird in question is likely to perish.

This flycatcher should be on its way to southern Asia and it still has a long journey to go. I keep my fingers crossed for this smashing bird.

On the way back home, I had a quick look around the Horseshoe Plantation, which didn't produce anything interesting. I did see a Peregrine swooping around the fields opposite as well as a few Raven cronking overhead.

Then heading back up the M23 I couldn't resist a quick visit to Beddington for the Bearded Tits to add bird no.200 to my Surrey/Spelthorne list. It would concluded a good morning had they appeared. But they didn't. Not a peep.

Later in the afternoon I grabbed a few minutes to walk around Canons Farm in the hope of finding a Ring Ouzel, but I drew a blank there too. Instead I had great views of what appears to be a resident Peregrine, my second of the day, and a solitary Stonechat.

The orchards at Elmley Marshes on Sheppey beckon on Saturday morning.
Posted by Factor at 17:15