Well, it hasn't taken long for spring to arrive as the first Wheatears were reported to have landed in Britain over the weekend.

A handful had been noted on the coast but one Wheatear, a stonking male, turned up at Staines Reservoir on Sunday. Rich Sergeant put the news out on Twitter just as I was setting off for Staines after a visit to Thursley Common. 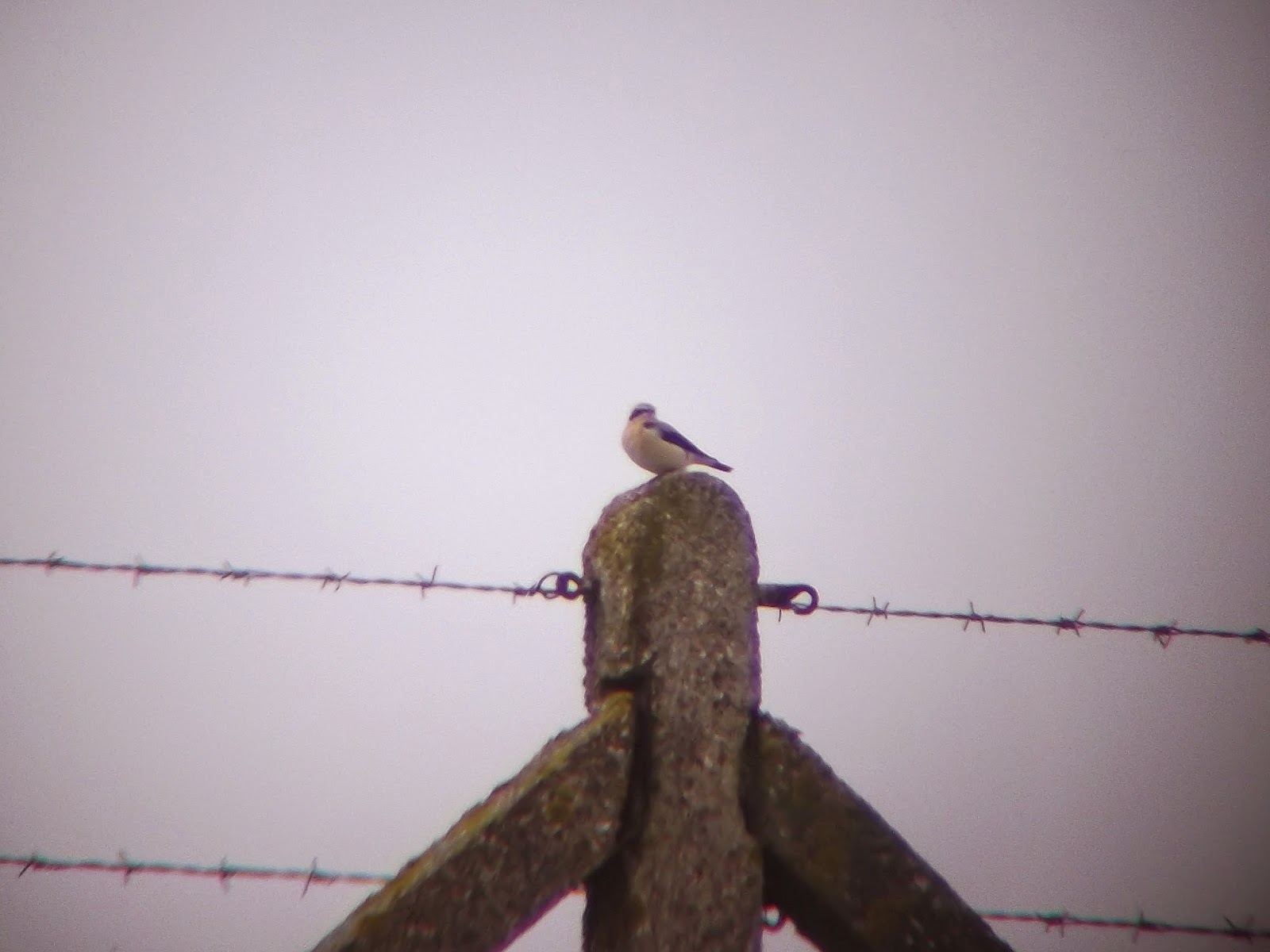 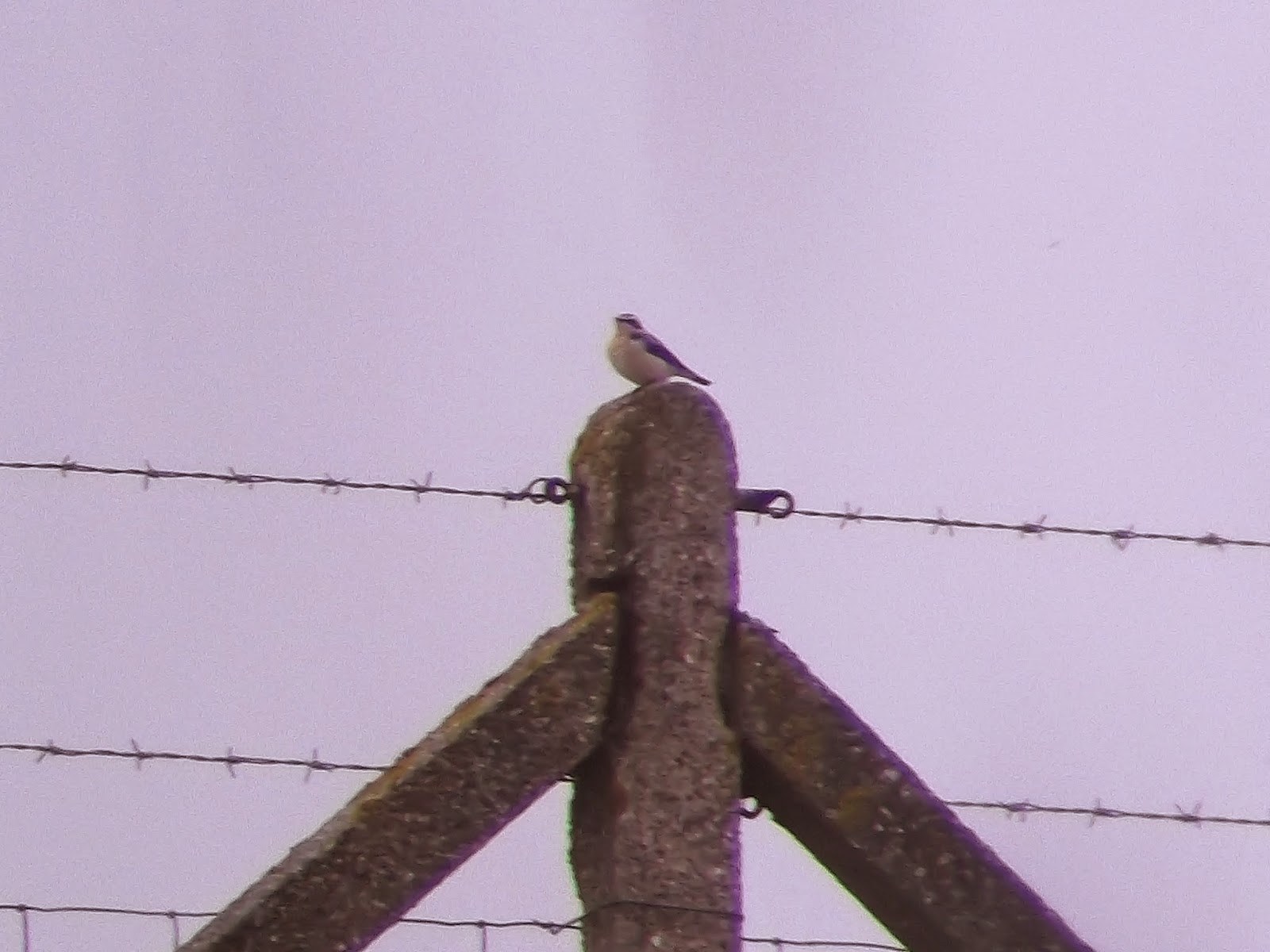 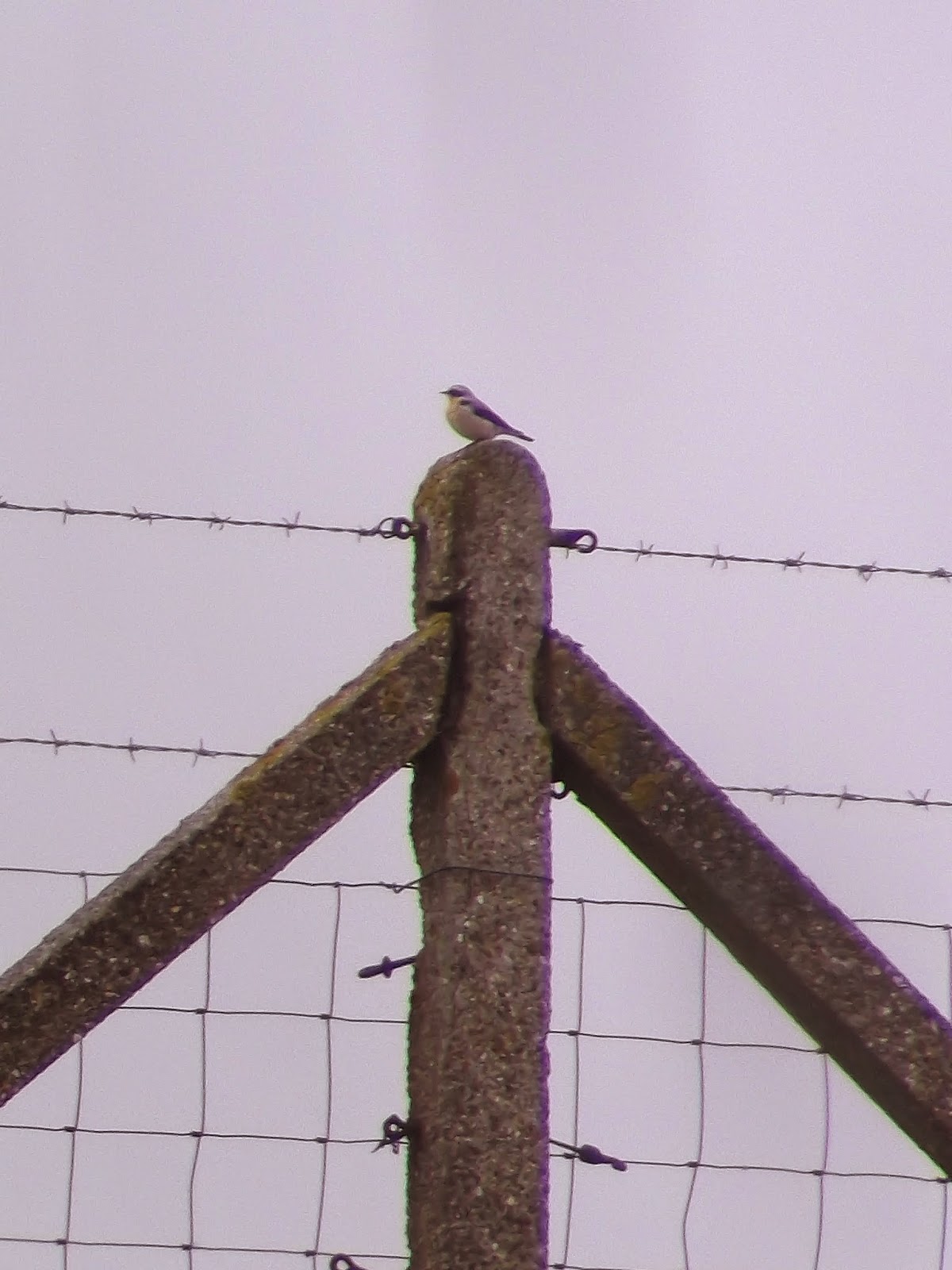 Added to which a bright and energetic female Black Redstart was keeping the Wheatear company on the east bank of the King George VI Reservoir opposite the parking area for Staines Reservoir.

I turned up just as Sean Foote (the creator of a brilliant video on You Tube you all should watch - see here) and Dominic Pia were about to depart. It was great to catch up with them both as, with so any other birding mates, I hadn't met up with either of them for some months.

Seeing the Wheatear and Black Redstart made up for a fairly pointless trip to Thursley Common during the morning. The idea was to see the Hen Harrier, but I went at totally the wrong time of the day. Mid-afternoon is the best bet but being dim I'd yet to figure that out.

I'd been there earlier in the week and missed the Harrier by about 10 minutes, arriving just as it was flying in to roost. Predictably I had no problems locating the Great Grey Shrike, which I found perched high up in a dead birch tree immediately behind my to the north side of Shrike Hill.

Back at Staines Reservoir, once I'd enjoyed the added bonus of a Wheatear and a Black Redstart I went for a stroll up to the reservoir itself to have a look at what is a remarkable sight of the north basin drained of water. 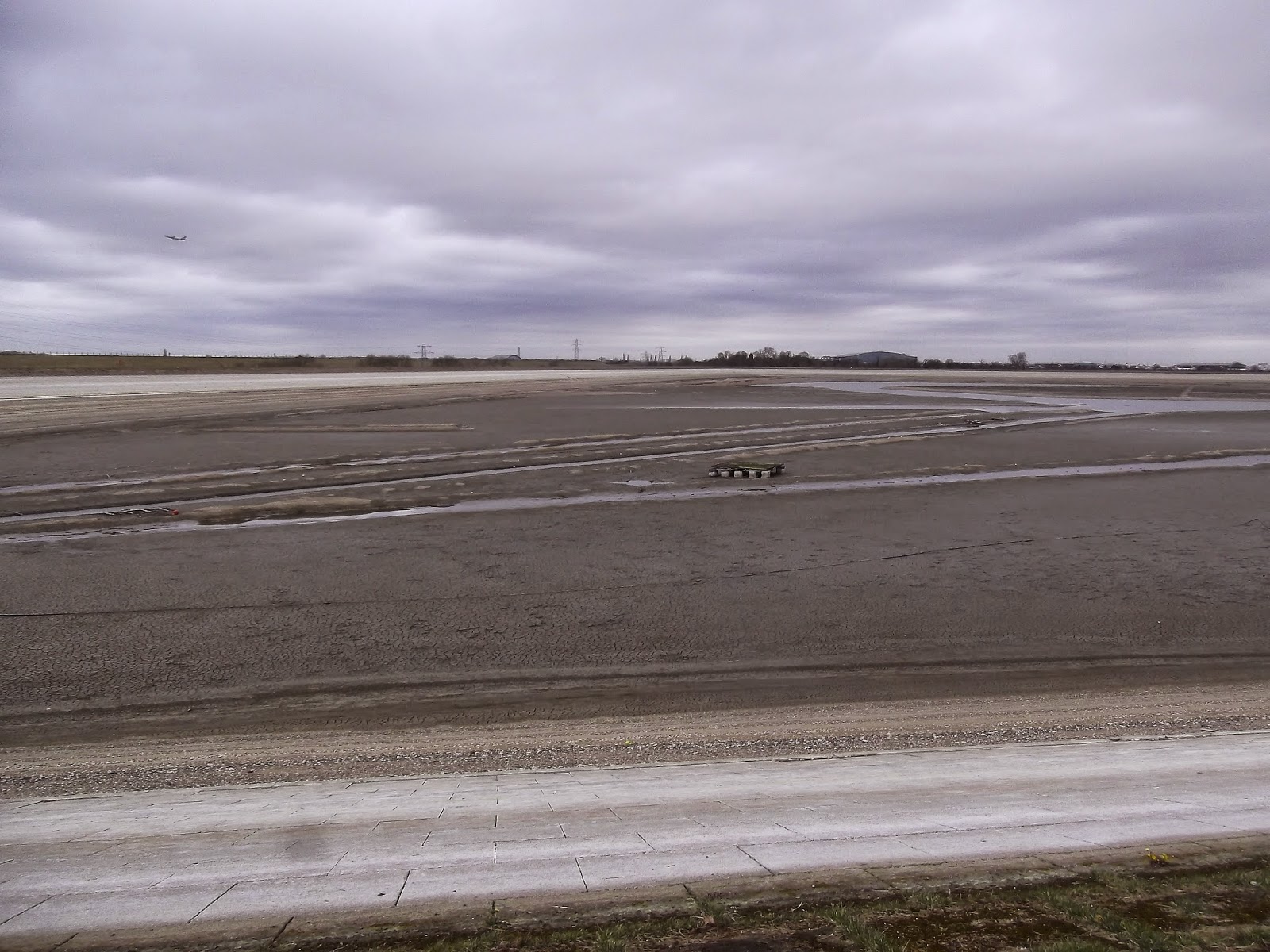 I haven't been to Staines for months and it is now turned into an alien world completely unrecognisable from a year ago. In this new world the north basin is a massive canyon with an estuary at the bottom where the tide has seemingly gone out. It is a huge expanse – quite an amazing spectacle.

There were few interesting birds to see when I was there – a couple of Oystercatcher being the highlight. 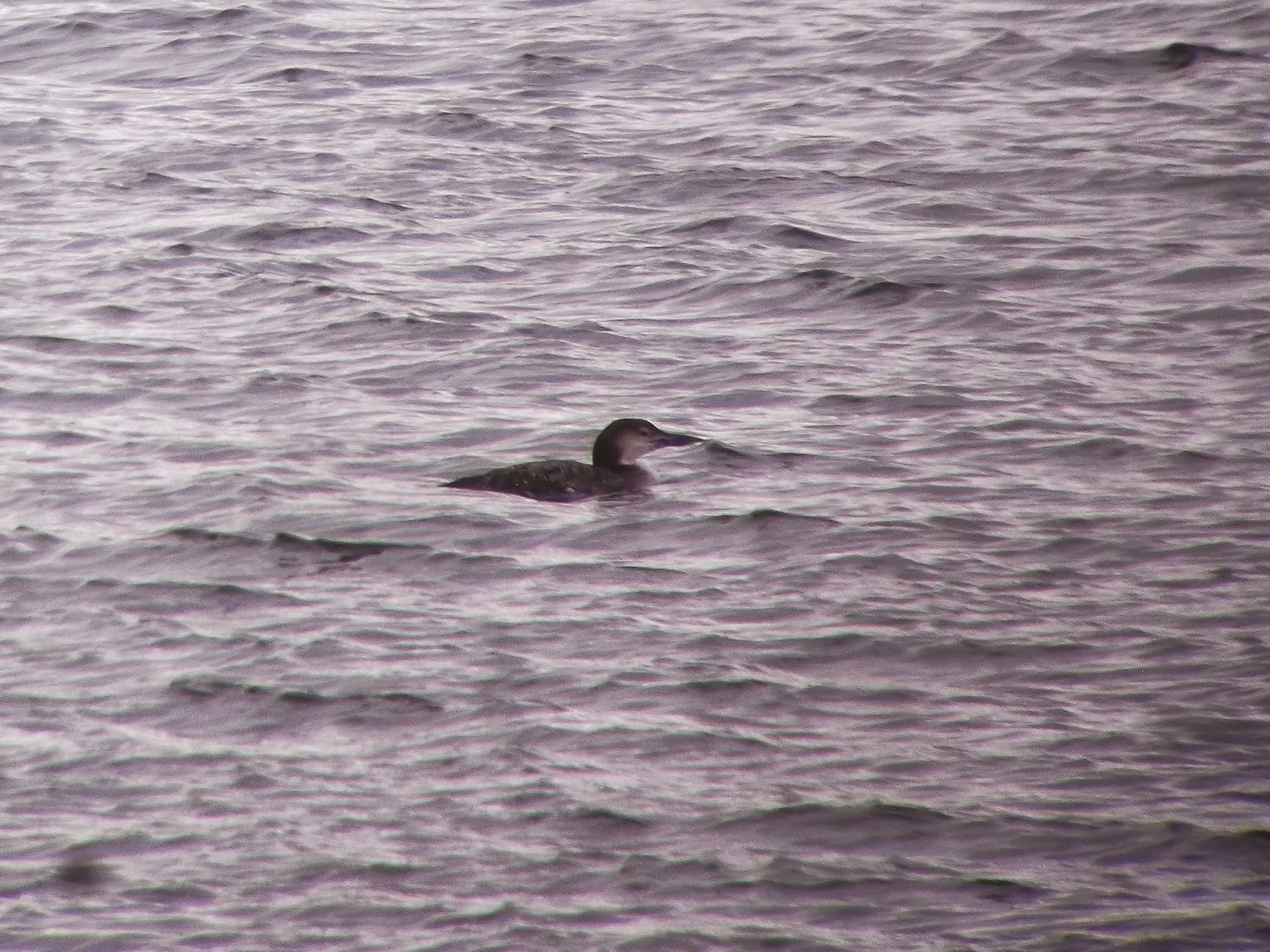 In the meantime on the south basin, a Great Northern Diver drifted close by, diving constantly. This annual visitor is always good value to see at this time of year. Having wasted time at Thursley I couldn't stay long at the reservoir and couldn't locate the Slavonian and Black-necked Grebes, or the Water Pipit. Hopefully, I'll catch up with these in the next week or so.
Posted by Factor at 10:04