We're now into June and while the weather has been indifferent, the local birding has been equally so. The patch has been quiet, apart from a pair of Garganey seen by Ray Baker that briefly dropped in a fortnight ago on the pools at the Moors. Their visit coincided with Annie and I visiting her brother and family near Bath (where the weather was glorious).

There were also a couple of juvenile Tawny Owl, also seen by Ray, up on Nutfield Ridge early one morning, but that has been about it. I've spent a couple of brief walks seeing very little, so I'm starting to become a bit concerned as to whether the species list at Holmethorpe will be able to reach the heights I was hoping for by the time we reach the autumn.

The first target for the year overall is 144, which I think will be a site record, and 150 is the ultimate goal, but this is probably way too optimistic.

Currently the year total is 132, which is quite respectable. Of those I have seen 106. Not brilliant, I know, and it is remarkable how many birds I have missed out on so far on the patch. Two relatively straightforward ones, Peregrine and Coal Tit are missing, as well as Mediterranean Gull, Yellow-legged Gull, Woodcock, Jack Snipe (hard to see even though they are regular winter visitors), Barn Owl and Raven. There are plenty more that will probably have to wait until next year.

Glaring omissions for anyone on the site list are Smew (still a chance at the end of the year), Dunlin, Greenshank, Caspian Gull (we must get one sometime surely), Cuckoo (I have a feeling we may miss out this year), Black Redstart (usually one a year), a rarer grebe like a Slavonian or Black-necked and Black Tern (maybe on the return journey).

Earlier in the year I gave a list of rare birds I had on a Holmethorpe wish list. None of them so far have appeared, but the pair of Bearded Tit, a Merlin and a Little Tern were still welcome surprises and probably the highlights of the year so far.

I still believe we will hit the jackpot at some point. It's just guessing what it might be. My gut feeling is it will be either a decent wader (a Curlew Sandpiper would be nice), a Red-rumped Swallow, a Bee-eater fly-past or a nice warbler.

Or none of the above.

In the meantime, here's a couple of photos of the latest offerings. 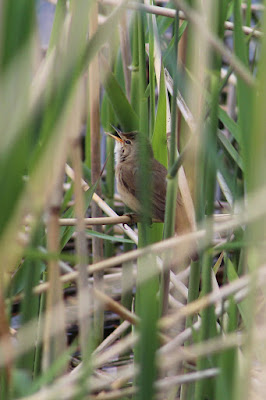