And so Autumn has set it in. The days are getting shorter and the temperatures are gradually dropping. We've had a few decent days, to be fair, that have been warm enough for Annie and I to prepare barbecued Sea Bream to be eaten outside with a nice cold glass of white wine – a top-notch Gavi being our current tipple of choice.

After my mum's funeral on the 5th a few days later I took myself off to Dungeness for a second visit in a fortnight one morning in search for Cattle Egret and more Wryneck.

I went for the Cattle Egret first, in fields in amongst cattle at Boulderwall Farm, and managed to see two including one perched on a cow that was lying down on the grass. It was fortunate I went to visit early, as later in the day they were more difficult to see.

The shingle delivered once again with two Wryneck in the scrub in the Desert area. The birds were quite flighty – no surprise with the number of birders and photographers around – but I managed to get pretty good views, with the help of local birder James Tomlinson. I'd not met James before, but I got on well with him straight away. A really nice bloke. 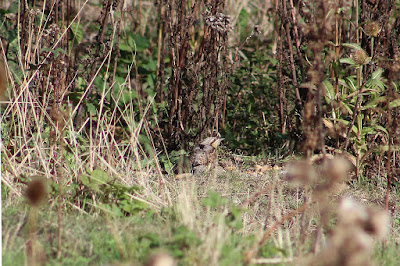 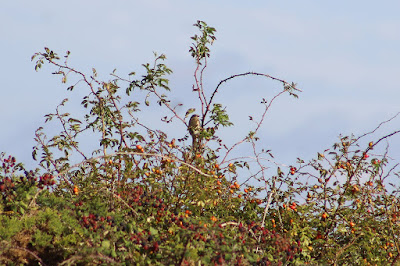 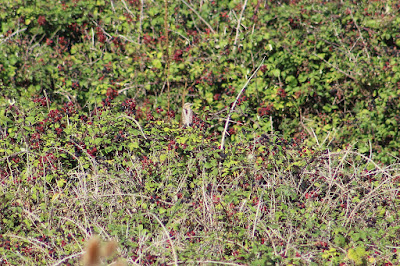 A few weeks later I was delivering some of my stock car books to a friend in Stevenage who was passing them on to a seller at the tracks for me. The weather on the day was appalling, with treacherous conditions on the M25, but luckily the rain subsided and sun came out early enough for me to go over to Therfield to try for the juvenile female Pallid Harrier. After a bit of a walk I found the spot it had most recently been seen at.

The only Pallid Harrier I'd previously seen had been at Burpham in West Sussex, for a very obliging juvenile in 2011. Therfield is very similar to Burpham and The Burgh area, with ideal raptor habitat and a local farmer who is in tune with wildlife. 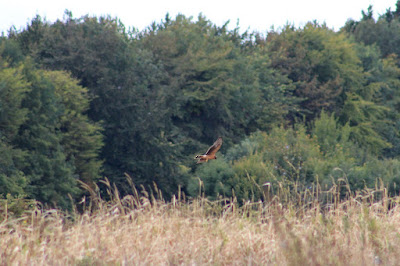 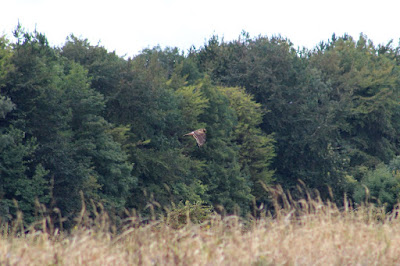 Thankfully, the Pallid Harrier made an appearance, hunting over the fields. Magnificent birds, Pallid Harriers. This female has a distinctive trailing leg, probably an injury of some sort. 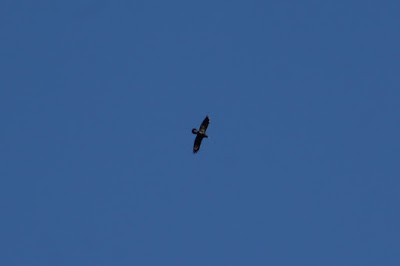 An added bonus while sitting out eating a meal in our courtyard one afternoon was spotting a pair of Raven. I heard the distinctive "cronking" sound and looked up and there they were circling directly overhead. An unusual garden tick (but not the first, as I saw one fly low over the house a couple of years ago). While more bird species are going into decline year-on-year, Raven sightings are becoming more common in Surrey – and more than welcome they are too.

Another highlight since August has been the regular visits of a hedgehog in our courtyard garden. It was getting to the point where as soon as we put some food down for him as it was getting dark he would appear, while we sat very close by and watched him feed. A real joy and a first for us in more than 20 years living in Redhill.

If he didn't turn up before we went to bed, he had eaten up during the night. He'd also often leave a calling card of hedgehog poo in various places around the patio.

However, for the past two or three nights the food remained on the plate – he has not been. It feels a bit too early for him to be thinking of hibernating – but maybe I'm wrong. Whatever the reason for his sudden disappearance, we hope he (or maybe she) is OK.
Posted by Factor at 22:10