A TIME TO REFLECT 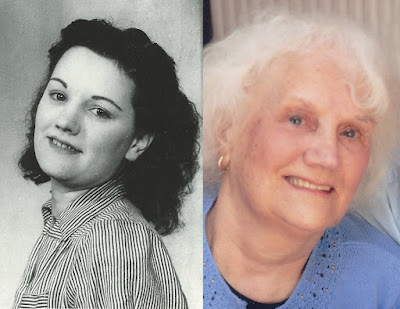 Let's cut to the point. My mum died, and this afternoon I took her on her final journey.

It wasn't a shock exactly when it happened on August 22nd, but when it happened it was a shock, if you see what I mean. My mum passed away approaching her 91st birthday (September 14) and had lived a very long, and for the most part, enjoyable life, but the reality was that for the past six years she had been on borrowed time. It was back then that she was diagnosed with cancer. The date I remember well, August 7th – my birthday.

It turned out to be an unusual form of ovarian cancer that she was not expected to survive soon after it was discovered, but she was a remarkably resilient woman who repeatedly dumbfounded doctors by virtually eradicating the disease not once but four times after four lots of chemotherapy which ended in February this year. At no stage did she ever complain about what she was going through and for most of the time showed little sign she had cancer at all.

She had been through a lot but was still able to live her life despite it all, and that doesn't include losing her husband of 63 years, my dad, in 2014 after an extraordinary short period of dementia where he went from driving a car to being bed-ridden and unable to communicate in the space of ten months. But my dad was a firework in everything he did.

My mum, however, was completely different. She was a slow-burner, and a pragmatic and resilient one. She was still living at home when she became too ill to stay there, after a combination of the intense heat of the summer, a chest infection, COPD and progressive cancer took its toll and she went into hospital. Pneumonia got added to the list and even then she rallied and became more lucid and talkative than she had been for weeks previously. Remarkable, she was.

But, in the end it was her time. Today has been a tough and emotional day, but now I feel a sense of relief and closure. A new period of my life is about to begin.

Writing about birds after what I have just written sounds completely flippant, but as when my dad passed away, birding has been my savour (apart from dipping Wryneck and Melodious Warbler – it wasn't then) and a distraction to take me away from continual visits to mum's house, the hospital and  the funeral arrangements.

And so I will mention what I have done on the birding front this past month. On my birthday I went to Oare Marshes, as I often do, and saw the Red-necked Phalarope, the Bonaparte's Gull, a couple of Wood Sandpiper and Curlew Sandpiper.

Then, I went to Dungeness to see the American Black Tern. I also have seen plenty of Whinchat, both at Foreness Point, close to where my mum lived, on the local patch at Homethorpe on the Moors and also at Tide Mills at Newhaven, where I managed at last to connect with a Wryneck. I also saw a Nightingale in the same area of scrub. 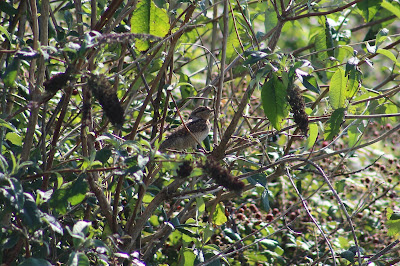 And so, that is it for the time being. Life will, hopefully, return to some sort of normality. I hope to take a few days off soon and, with Annie's blessing, spend them away somewhere to enjoy the rest of the autumn migration. I'm not sure where yet, though. I fancy Porthgwarra, as I have never been, or back to Spurn, having not been a for more than three years.

I am open to suggestions though. Speak soon. x
Posted by Factor at 23:46