SHIP-ASSISTED BIRDS AND THE ANTHROPOCENE EPOCH

I've been reading Tom McKinney’s brilliant blog novel thriller online called The Greatest Lie Ever Told. The story is based on a secret organisation called the Bristow Chapter dedicated to conning twitchers into believing that vagrant birds are genuine when in fact many of the Arctic and Northern vagrants are being shipped over and set free on the British mainland. When this large scale ornithological fraud is about to be exposed, a number of people are murdered to cover it up.

It’s a great read - particularly if you like extreme violence and plenty of swearing - and, as is always the case with Tom’s writings, it is extremely funny.

What the novel has also done, apart from make me laugh, is get me thinking about my visit to Hampshire on Monday and rare birds like the Dark-eyed Junco and the Spanish Sparrow and whether we should care if birds have arrived in Britain partly by artificial means – by which I mean they didn’t fly all the way here.

What the novel has also made me wonder is whether the fraud in the story should be classified as a fraud at all.

It’s a well-known fact that many long-range migrant or vagrant birds inadvertently or otherwise take a breather on their journey to Britain. To the east, birds will perch up on a North Sea oil rig for a rest, and some will land on a ship that is heading this way. To the west, long-range vagrants such as American and Mediterranean/Asian Sparrows will end up perched on a boat, and then fly off once land has been sighted or when the boat docks into port.

It is, therefore, no coincidence that many rare birds are discovered near ports or coastal areas close to shipping straits such as the English Channel.

A Dark-eyed Junco or a Spanish Sparrow is unlikely feel the natural urge to travel thousands of miles away from their breeding or wintering grounds to Britain in normal circumstances. The main reason they end up here is because they have been blown off course by a storm and need to take a rest to recover from the ordeal. Dark-eyed Juncos, for example, can be found right across the United States, many are permanent residents, while the remainder migrate from the States to breed in Canada for the summer. 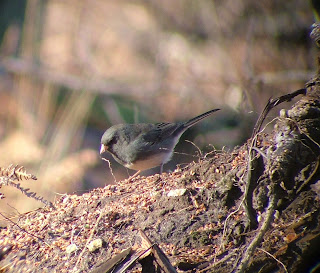 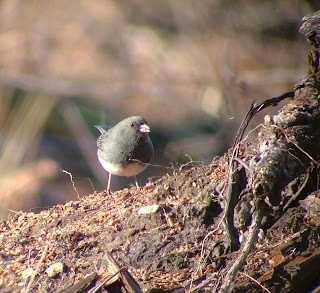 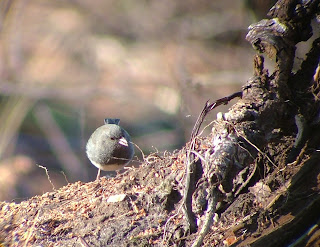 Both the Hampshire Dark-eyed Junco and the Spanish Sparrow are likely to have arrived in Britain via a ship that docked into Southampton or Portsmouth. That in itself is not a problem from a listing point of view, and according to the BOURC (British Ornithologist's Union's Records Committee) 'ship-assisted vagrants may qualify for Category A* provided that they are not fed, watered or receive any other direct human intervention during their journey.'

The question then is how can you prove a bird that has arrived in Britain has done so without the direct intervention of a human being? The answer is, you can’t.

One of the BOURC’s main tasks ‘is to assess the likelihood of a species occurring naturally in Britain.’ They do this by studying where the bird has been seen, at what time, what the weather was like when it was first sighted, patterns of migration with the species and its vagrancy potential.

Ship assistance ‘is not necessarily a bar to inclusion on the British List, provided the bird was not confined, sheltered or provisioned during its journey.’ They also consider whether the bird could reach Britain without hitching a ride. But I wonder if any of this is actually relevant.

The inescapable truth is the human race and its activities has had a hugely significant impact on the environment. We change the environment faster and more dramatically than any other natural factor.

The 4.5-billion year history of the planet is divided up into major eras, which are split up into periods, and then divided up into epochs. These, for the past 4.5 billions years, have all been time zones based on geological or paleontological events. Humans have altered Earth so dramatically during the past 200 years, however, many scientists now believe a new epoch in the planet's geologic history has already begun.

It is called the Anthropocene epoch. It is our epoch - Anthropo- (human) -cene (new). We started it.

Since it began 200 years ago this man-made epoch has caused rapid changes in sediment erosion, global temperatures, the carbon cycle (the natural production of carbon bi-products such as oil and coal, which are generated over many hundred millions of years, and are now being exhausted by human beings in a matter of decades), the acidification of the sea and changes to migrant patterns. We’ve done it all. And incredibly quickly. Whereas before it took millions of years to change the landscape and the environment, now it takes decades. A click of the fingers in geological terms.

Take my local area of Redhill as an example. Where once there was a hillside, made from Lower Greensand sandstone from the Lower Cretaceous age that took more than 60 million years to create, Fuller's Earth was mined for more than 130 years until 2000 and the hillside had disappeared. Now, just 12 years later it is being recreated again with landfill.

So, taking this information to its logical conclusion, any bird in Britain is influenced in some way by human beings. Whether it is because it has landed on a boat or, as in The Greatest Lie Ever Told, because it has been stuffed in a cage by an Icelandic criminal and set free as soon as the person in question has stepped foot on British soil, or because it has been part of a re-introduction programme like the Red Kite or White-tailed Eagle, or decimated by intensive farming techniques, or fed seed on a bird table - most birds are where they are because of us. We are part of the natural cycle of events.

With that in mind, go out there and enjoy watching your birds with a clear conscience wherever - or however - they turn up. 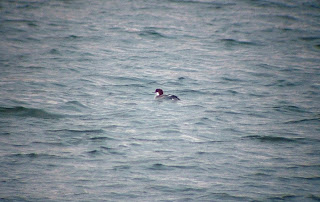 (On other matters closer to home, I saw the Smew at Mercer's Lake this afternoon, to take my Surrey list to 86.)


* Species recorded in an apparently natural state at least once since 1 January 1950
Posted by Factor at 00:52