A GREAT FINISH AFTER A FALSE START TO WEEK ONE 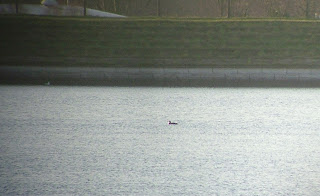 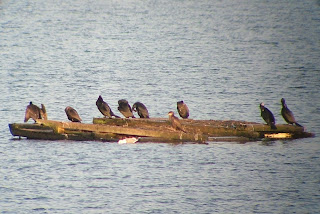 Next up was the juvenile Shag, which hadn’t appeared to have moved from one of the rafts on the north basin since the last time I saw it back in September. I walked up to the eastern end of the reservoir to get a better view of at least 20 Goldeneye on the south basin. These striking ducks were focused on their courtship routines. 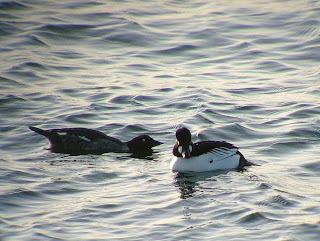 Back down the causeway and Bob had found the male Scaup, asleep right at the far end of the north basin, while the female was keeping a Wigeon company closer to the causeway. I stayed for a couple of hours, having looked for and failing to find any Water Pipit or Smew (seen later in the day). I headed home, and went for yet another look on the Moors to see if I could find the Garganey, but again drew a blank. Three Snipe were the best I could come up with.
I went out again in the afternoon, heading for Papercourt Water Meadows. The weather conditions were perfect, and as soon as I arrived just after 2.30pm and walked over the bridge and on to the Meadows I caught sight of my first Short-eared Owl of the afternoon. 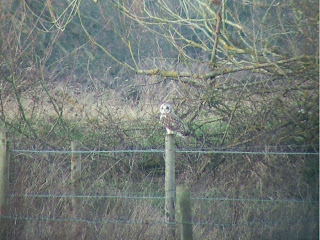 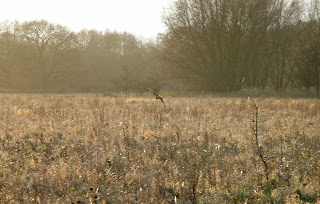 Having been forced to sit it out for a few days because of high winds and rain, it was no surprise to see these magnificent birds out hunting in the mid-afternoon. During my two-hour stay, I saw six Short-eared Owls quartering the area. Three were to the east, and the other three to the west. They put on a truly awesome display – the best yet. If you have any time to spare and the weather is good (no wind and rain) get down to the Meadows and watch these brilliant birds at work. There are few better birding sights currently in Surrey. 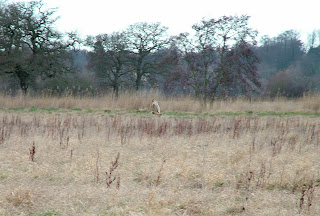 The Barn Owl didn’t show itself this time, but a Tawny Owl hooted from a tree by the river, just to add to the atmosphere. My Surrey list at the end of week one (we're out all day tomorrow) is now on 57. A great day’s birding that certainly made up for the rubbish start to the week.
Posted by Factor at 20:17