As seems to be the norm, my Surrey birding in 2013 started off at a gallop, with some great sightings early on, but faded by the middle of the year until by November onwards it ground to a halt. It had the usual highs and lows – Merlin, Stone-curlew, Red-rumped Swallow, Ring Ouzel, and Two-barred Crossbill being the highs, but I missed many Surrey birds during a personal quest to reach 170.


The omissions were mainly due to less birding (I missed a total of three months) than at any other time during the past five years. The missed list includes some really annoying ones – Caspian Gull, Iceland Gull, Black Tern, Little Tern, Sandwich Tern, Greenshank, Red-legged Partridge, Wood Warbler, Dartford Warbler – birds I should have picked up but didn't.

Despite these horrible misses, I only came up short by eight. Unless I can give up work, however, I'm destined never to succeed in reaching higher in future. With a new regular work commitment set up for the new year and for the foreseeable future, this is just the way it has to be.

While I didn't go birding as often as before, my overall British year list was my best ever, totalling 215. Pathetic I know, and considering the number of fantastic rarities that turned up in Britain in 2013, it could and should have been much higher.

Once again I ventured further away from home on twitches (these didn't include Shetland or the Scilly Isles, obviously) the majority of which thankfully involved few failures. Some trips will live long in the memory. I even managed a three-day visit to Spurn in September, which I really enjoyed, plus a great trip with the Tice's Meadow gang in June to Lakenheath and Cley.

I have more fond birding memories in 2013 than disappointments, which has to be a bonus, although I wish I could've ventured out more.

The winner is:
Rich Horton 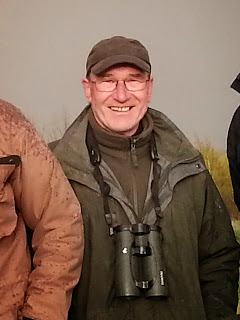 Congratulations to the Tice's Meadow 'Patch Commander' Rich Horton, winner of the Patch Birder of the Year. There could only be one winner this year as Rich stood head-and-shoulders above anyone else. Considering his patch is inland and in Surrey to boot, to manage a total of 145 for the year is quite remarkable. Among the birds Rich has seen on the Tice's Meadow patch have been Bewick's Swan, Slavonian Grebe, Black-necked Grebe, Roseate Tern, Temminck's Stint, Little Stint, Merlin, Osprey, Short-eared Owl, Wood Warbler, Pied Flycatcher, Snow Bunting. I'm bound to have missed out a few. Top bloke. Fantastic list.

The winner is:
Tice's Meadow 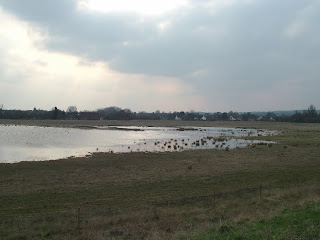 Congratulations to Tice's Meadow on a remarkable year. It doesn't cover a huge area, and the urban sprawls of Farnham and Aldershot are close by, as are major trunk roads, but despite all of that Tice's Meadow produced more interesting birds than any other site in Surrey in 2013, ahead of Beddington, Staines Reservoir and Canon's Farm. A glance at Rich Horton's list above proves the variety of species to have visited the site these past 12 months.

Its status as Surrey's number one birding area is helped by a dedicated group of patch watchers, with very few days of the year missed out.

With Beddington's group diminishing each year, David Campbell at university in Brighton rather than patrolling his Canon's Farm patch on a regular basis, Holmethorpe also not having enough people on site, it's hard to see Tice's being knocked off its perch for some time to come.

The winner is:
Two-barred Crossbill 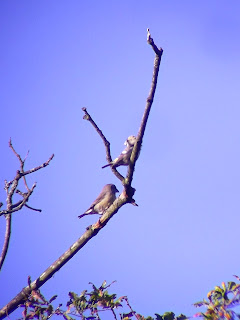 I have a good relationship with Two-barred Crossbills. I saw two at Broomhead Reservoir in Yorkshire, as well as one male at Hemstead Common male in Kent but it was the Leith Hill female that was the biggest thrill. This bird first appeared in July, and remained in the area until December at least (although it hasn't been reported for a while). It has been elusive, but the morning I, along with a number of other birders, enjoyed great views of this smashing little bird sticks in the memory. Also succeeding in getting a photo of it (only Dave Harris, Kevin 'Kojak' Guest and myself appear to have one) was a memorable moment.

OTHER AWARDS
2013 Randon's Ramblings Personal Dip of the Year
The nominations are:
Wryneck (Cissbury Ring, Sussex)
Yellow-browed Warbler (Holmethorpe Sand Pits)
Long-billed Dowitcher (Keyhaven, Hampshire)
Dips were actually few and far between this year, so there was only one that truly grated and that was the Long-billed Dowitcher. It was my second dip of this species, but the long trip down to Keyhaven in Hampshire was made worse when my Peugeot 206 (one worthless piece of cheap French tin) broke down on the way home. A truly miserable dip. 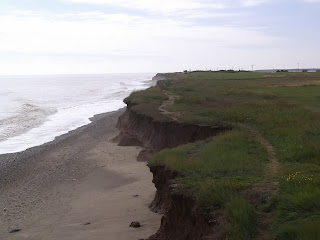 1 Three-day visit to Spurn
Great place, great company, and a trip that still gives me a warm glow when I think about it. For one thing, I was able to spend three days birding. That just doesn't happen to me. A memorable mixture of seawatching, vis-migging and searching for birds. 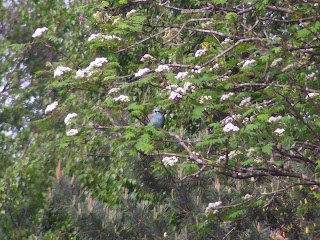 2 Roller at Broxhead Common
Such a stunning bird and one I didn't think I'd get an opportunity to see once, let alone twice. I managed to get to the Common before sunset on the Saturday evening and then went back and had great views before it flew overhead and out of sight on the Sunday morning – unfortunately before many people were able to see it. 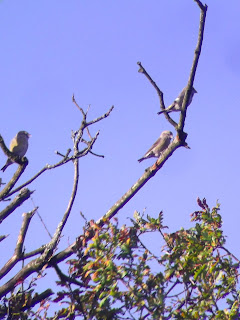 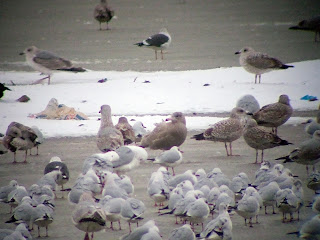 4 January visit to Beddington
A dramatic visit during a cold snap. A Glaucous Gull and a Merlin pursuing a Meadow Pipit were the highlights. 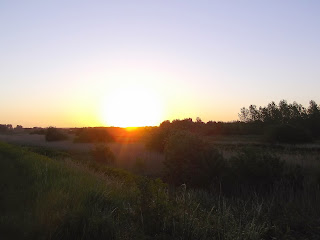 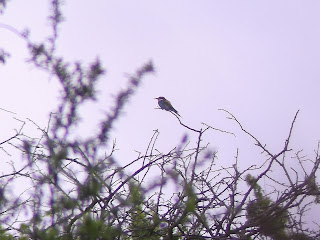 6 Black Kite/Bee-eater in Kent
Watching a Black Kite soaring in the wind near Faversham followed by a Bee-eater at Pegwell Bay was a great Sunday afternoon jaunt. 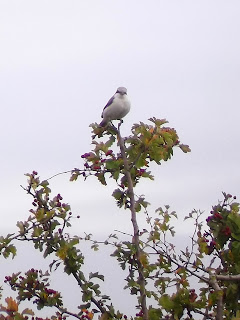 7 Suffolk and Norfolk in September
I love Shrikes, and this one in Suffolk near Sizewell in September was a corker. A great day in East Anglia that also included a close up Arctic Skua and a Rose-coloured Starling. 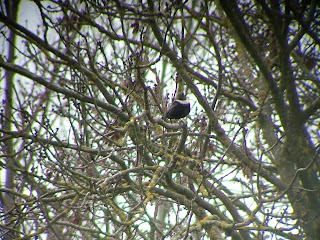 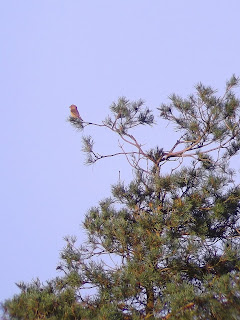 9 Parrot and Two-barred Crossbill at Hemstead Common
Crossbills are such entertaining birds, and to see three species – Two-barred, Parrot and Common – all in one hit is something you don't forget. 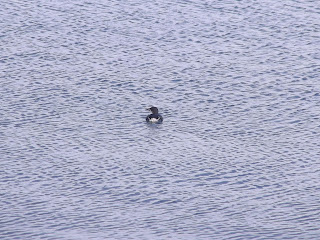 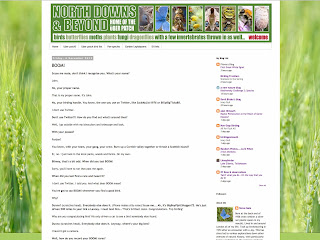 For me, this award is the most deserving of the lot (apart maybe from the Patch Commander's). I don't know what he's been drinking this year but Steve has been a prolific writer (223 posts), and the most thought-provoking.

What I like most about Steve's writing is that he is succinct, topical and fair. I also agree with most of his more contentious views. What I also liked about Steve's blog this year is that he wrote less about bits of twig and mothy things. This, I'm sure, will not last.

But in the meantime, read this, this and this to get a flavour of Steve Gale, currently Britain's best birding blog writer. 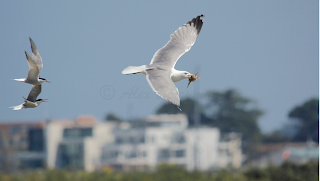 Alex took this fantastic photograph of a Herring Gull snatching a Common Tern chick, pursued by the youngster's parents. Not a beautiful photograph, but it tells a story, which many bird photographs don't. There are plenty of photographers who can take pin-sharp, beautifully exposed images of static, singular birds doing nothing much in particular, but give me a dramatic, story-telling image every time.

This image is not pretty but it depicts a real-life struggle. It's horrific, poignant, memorable. And it wins every time.


So, what about 2014? I've no idea, to be honest. Probably the same pattern as previous years.

In the meantime, a happy New Year and enjoy your birding!
Posted by Factor at 02:30