The one good thing about winter is that birding starts later than during the summer. I'm not renowned for being an early riser – I'm more of a night bird, happy to stay up late and then struggle to get out of bed in the morning.

Obviously, as far as birding is concerned, that's not the right way round. I should go to bed early and get up early. My work patterns tend to mean that if I'm at work in London at Racing Post or the Daily Star I get home by about 9pm and by the time I've eaten and begun to relax for the evening it's already gone 11pm.

So invariably I'll be in bed by 1am, or later. On Sunday night, for example, I watched the NFC Conference final between the Seattle Seahawks and the San Fransisco 49ers game, hoping for a 49ers victory. It was a brilliant game of blood, sweat and tears, but it was the Seahawks to went through to the Super Bowl in a fortnight to take on the Denver Broncos. The game didn't finish until gone 2.30am. The morning arrived too quickly.

In the summer, if I'm to have any hope of getting out early, bedtime has to be pre-midnight. It is usually worth it though. There are few more uplifting sights than watching the sun rise on a beautiful, warm, summer's day.

4am starts. I'm glad I don't do that every day. It's tiring being a birder sometimes – and that doesn't include all the bloody walking you can end up doing.

This week walking hasn't entered the equation, thank goodness. I visited Beddington yesterday afternoon after a tweet notified me of a Glaucous Gull on the main lake at around midday. It's a simple stroll. I was the only one on site once I got there at around 1.30pm.

Not being a brilliant gull id expert it was always going to be hard going panning through all the birds on the lake and the bank to the side of the landfill. I thought I'd found the Glauc just before I had to leave, but I think what I saw was the Iceland Gull before it took off again with about three million other gulls. I've added a couple of very poor digiscope shots, but I don't think it helps that much. 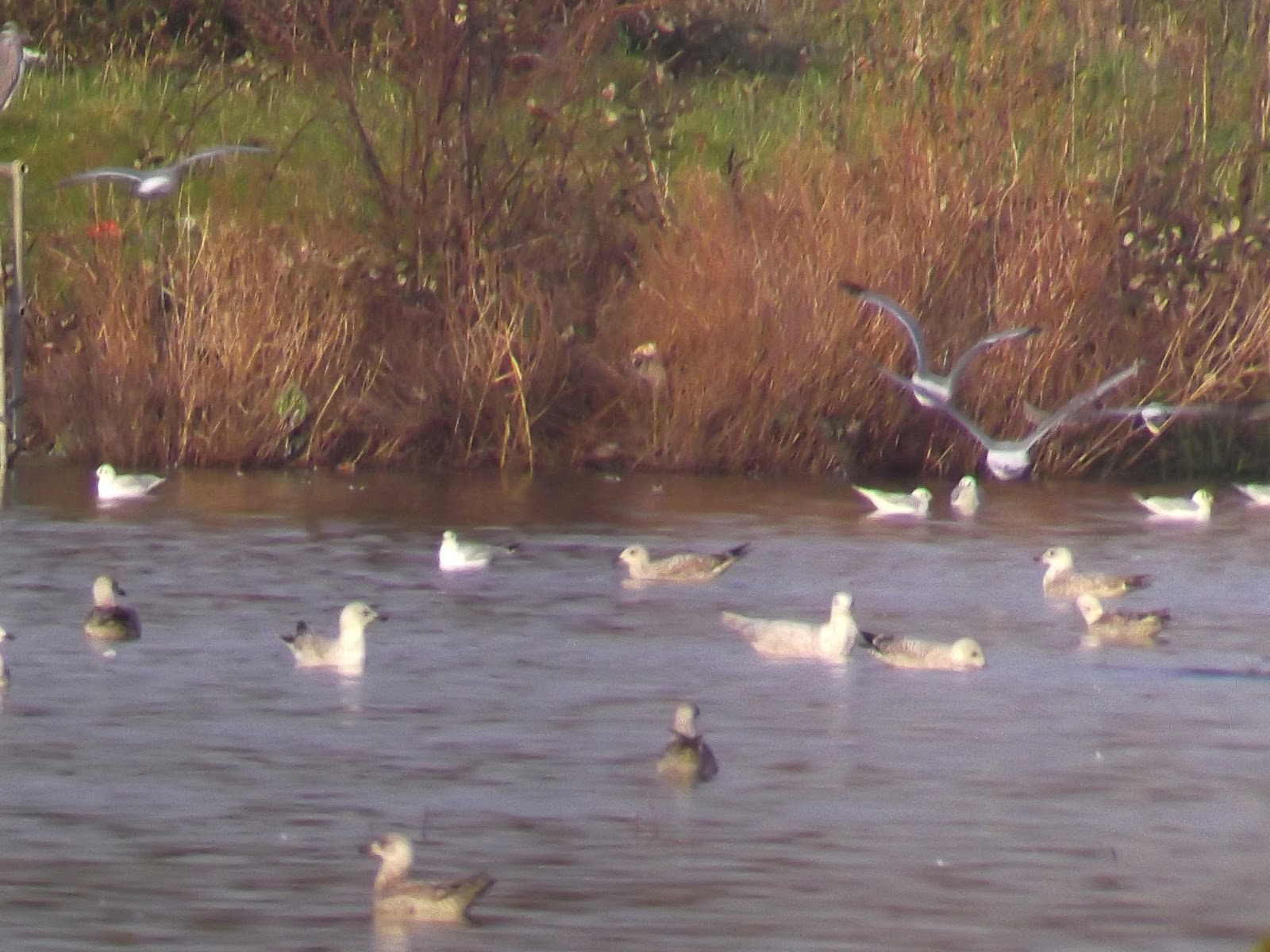 So, not much to see in the end, so I opted for an early start this morning and went back. I woke to a blanket of fog, but luckily it lifted by the time I arrived at Beddington just before 8am.

Dodge and Frank were at the hide – Dodge was more interested in looking at the early morning sun through the mist, inspecting it for sunspots, of which a few were found.

Most of the gulls were either on one of the flooded beds behind the main lake or on the landfill, out of sight to us. Once again the Glaucous Gull proved elusive. Frank found an adult Mediterranean Gull on the lake, and three Pintail flew in. A pair of Wigeon, a Shelduck and a probable second Great crested Grebe for the year (a Beddington mega) were the other highlights.

With the weather quiet for the past two days – no rain or wind for once – it was too much of a temptation not to go out again later in the afternoon. With the sun low on the horizon, the only real option was to go to Crooksbury Common to watch the large flock of Brambling fly in to roost.

It was a bit of a scramble, but Annie and I just got there in time. 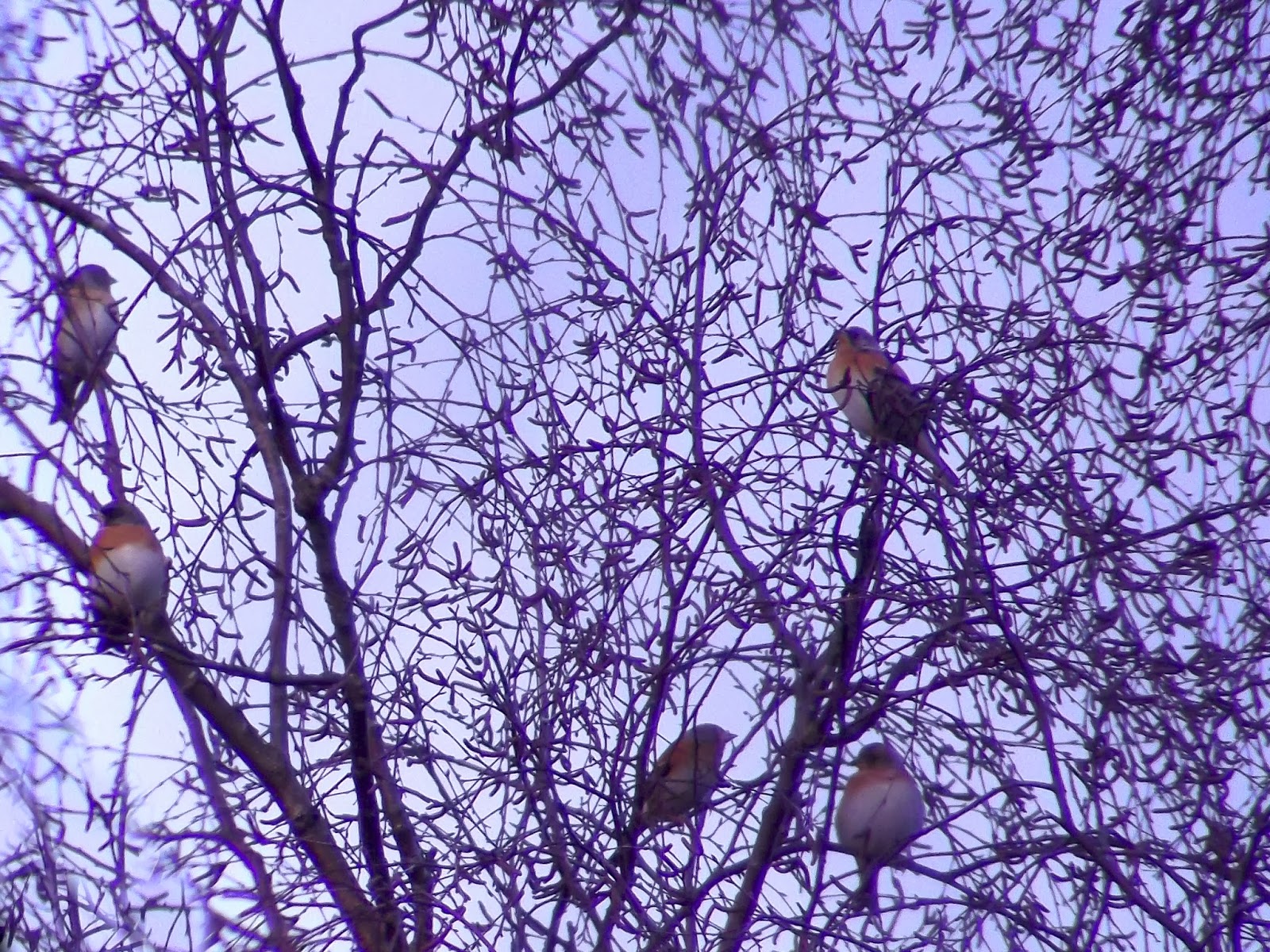 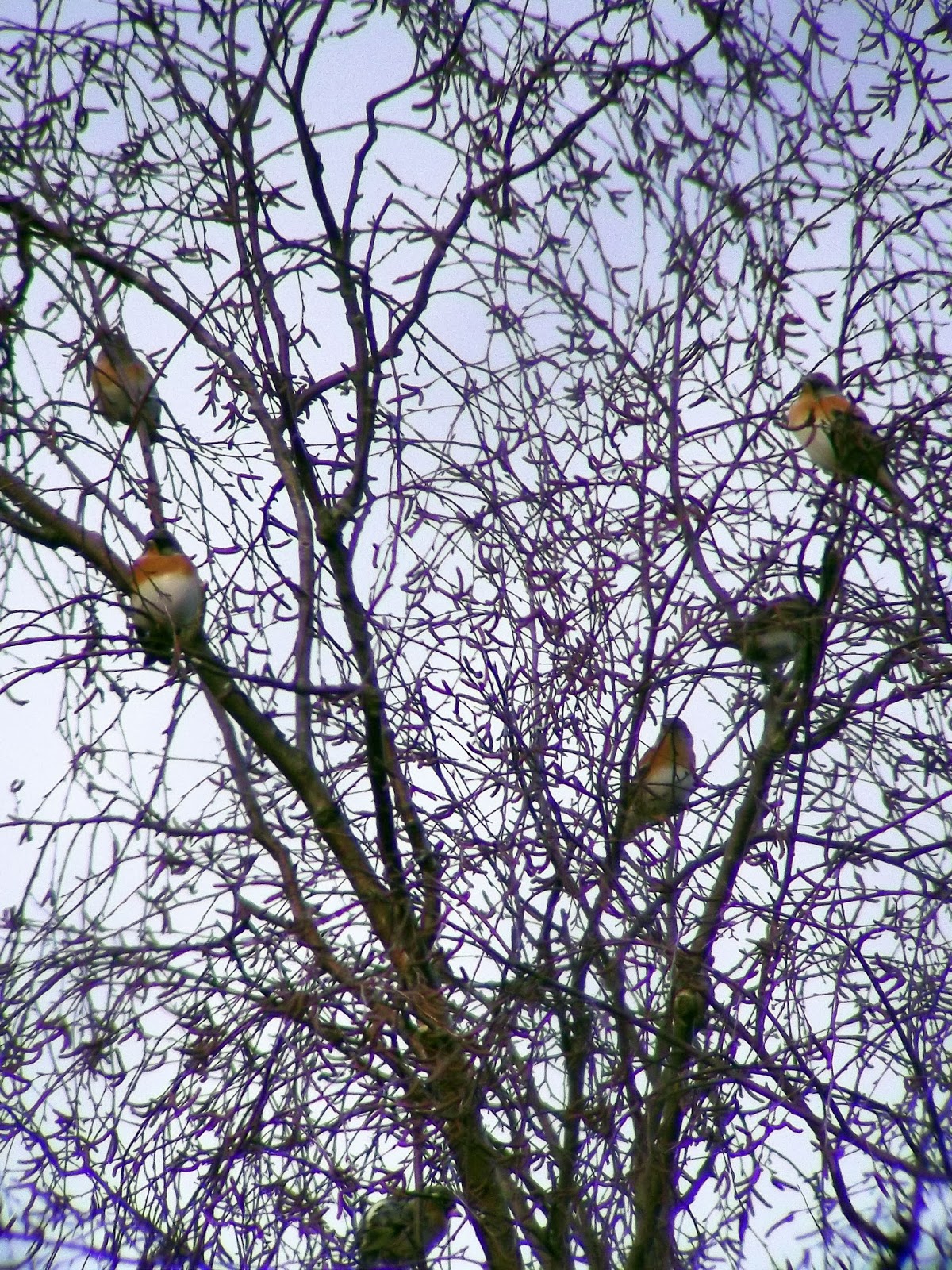 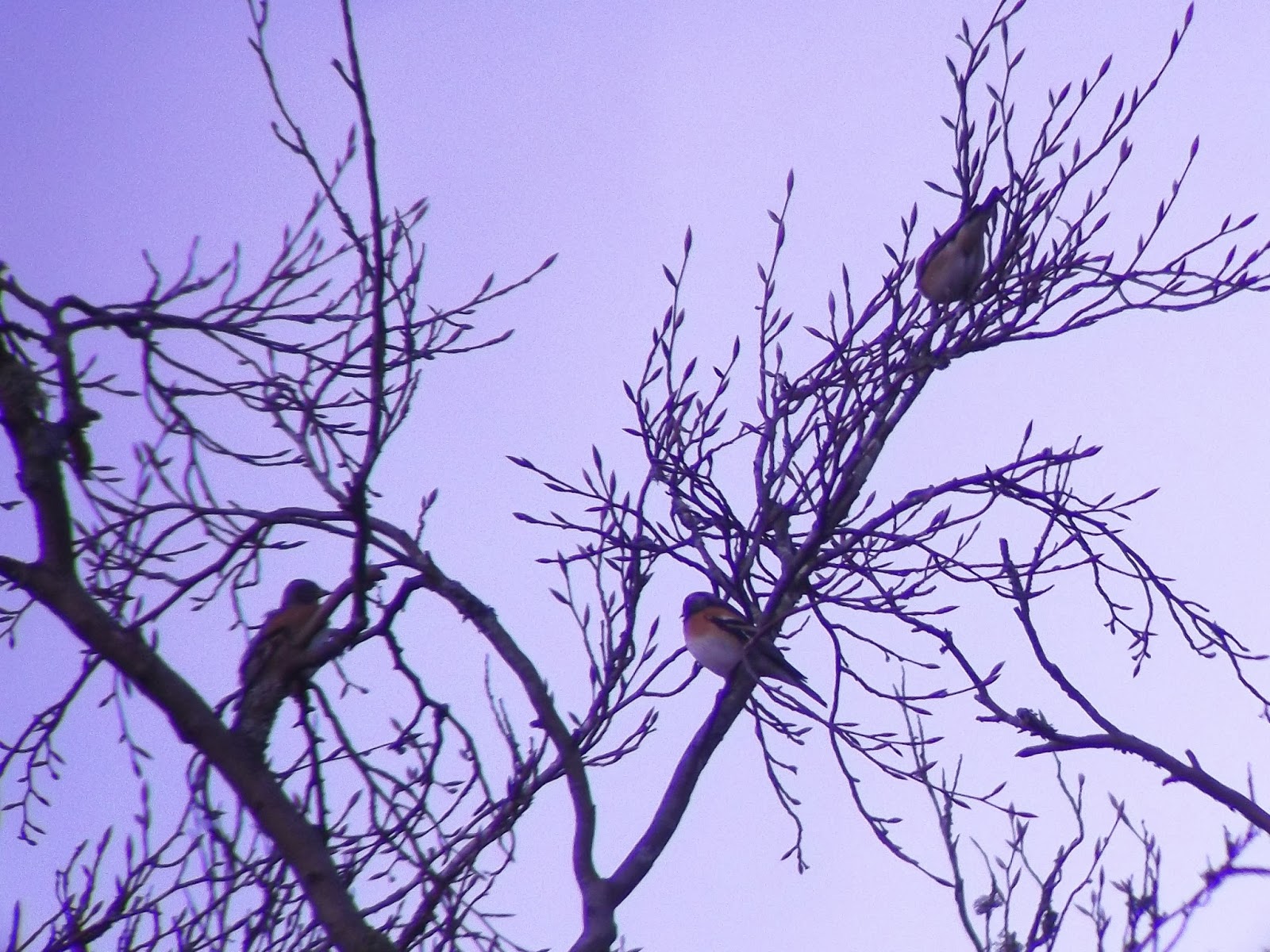 Crooksbury Common is probably the best and most reliable site for seeing Brambling in Surrey. Large flocks of Brambling and Chaffinch roost in the bushes alongside the walkway each winter. This year it appears to be mainly Brambling – more than 100 – with only a few Chaffinch for company. A great sight.

For those who haven't been to the Common, it appears to be a difficult place to find for some. The easiest directions I can give is to head through Elstead from the A3, continue through the village and over the bridge. After the bridge, take the second right turn, signposted for Seale, and continue along this lane for a mile or so until the wooded area on the left clears. There is a rough track that heads towards a very small parking area.

If you end up at a crossroads with signs to Cutt Mill to your right, you've driving too far. once you've parked up, head up the path for 150 yards and the Brambling roost in the trees on your right.
Posted by Factor at 22:10