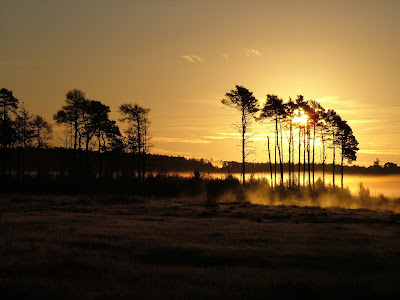 It was high time I got back to writing a proper birding post, about actually seeing some birds rather than my jaundiced views on mortality and why living in an area not surrounded by water is bad for you if you want to see Yellow-browed Warblers. So I had another early start again yesterday morning and another visit to Thursley Common.

It was a cold, crisp start to the day as the sun rose above the trees and broke through the early morning mist. The Common at sunrise after the first frosts of the autumn was a glorious sight. It was enough to distract from my numb fingers as I headed off for Shrike Hill.

The Great Grey Shrike - a regular visitor during the winter months here - wasn't my number one priority. The Crossbill was the bird I had come to find. It took a couple of hours, but eventually I heard the distinctive call, and two Crossbills (163) flew into the top of a pine just off the boardwalk on the edge of Shrike Hill. Very distinctive, the fidgety Crossbill likes to perch high up and flick its tail as it calls. Once you locate one, they are easy to find after that. 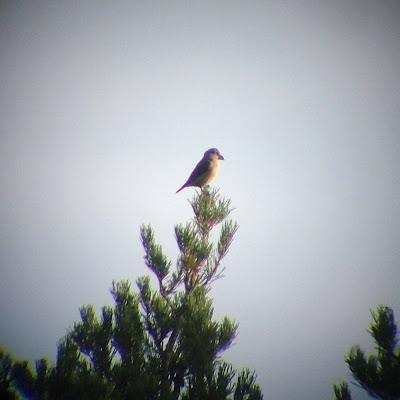 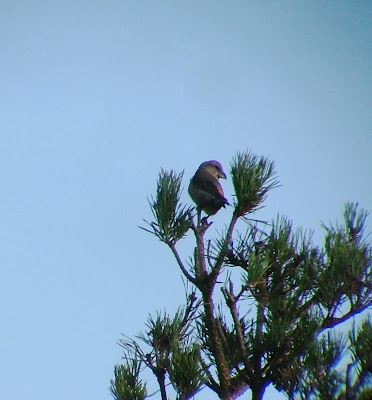 During the morning I found at least five Crossbills at various places on the Common. After struggling to connect on Sunday and Tuesday, I now couldn't help but bump into them. 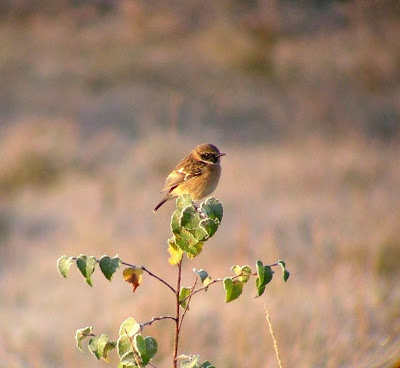 I was struggling to find the Shrike, though. After a couple of hours of walking round, I couldn't find it anywhere - just a couple of Stonechats, and a Thursley speciality - four Wood Larks - to show for my efforts.

I was joined by local birder, Gerry Hinchon (hope I've remembered your surname correctly Gerry!) and he rightly pointed out that the Shrike was unlikely to be seen early in the morning. With the mercury down below zero, any hope of finding insects or cold-bloodied reptiles to eat was minimal. The bird would more likely wait for the temperature to rise in the late morning and hunt for beetles then.

Positioned on the summit of Shrike Hill, we had a panoramic view of the Common, but the Shrike was nowhere to be seen. We were just deciding to go for a walk towards the tumulus to the east when I spotted it flying low across the hill and perch up on a dead tree. Bingo. My first Great Grey Shrike of the autumn. 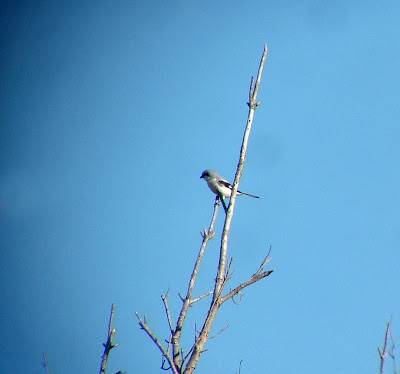 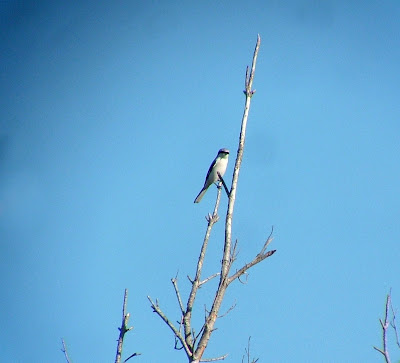 It was a little stunner. It then took off and flew down the hill towards the boggy area where it showed beautifully. It was an immaculate individual, and Gerry pointed out it was a first-winter bird. He also mentioned how many people think that the same birds return to the area every year, but that isn't the case. All the sightings seen in recent years have apparently all been first-winter examples.

After dropping down to grab a beetle, it gradually made its way further into the bog area. After 20 minutes of great views I had to leave as I was running late for work (no change there, then). As I walked back to the car park, another Crossbill flew over. It is never anything else with me - either feast or famine.

In the afternoon, I received an email from Graham James about a drake Pintail (164) on Mercer's West lake over at the Holmethorpe Sand Pits patch. It was still there late on and was a nice edition to the Surrey list. 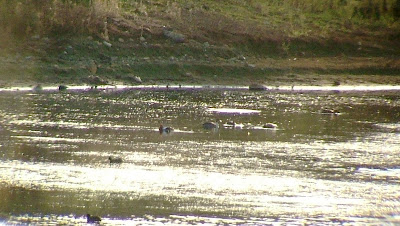 My bang on the head from the previous weekend had obviously been cured of its dipping symptoms. Living for the day worked!