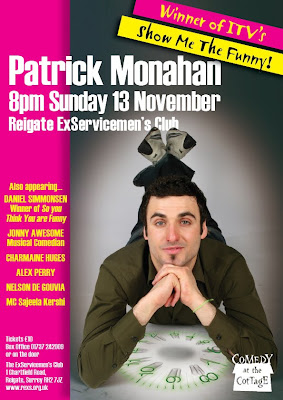 OK, so it's not about birding but we could all do with cheering up when days are as grey as today has been.

If you are free and want a thoroughly good evening out this Sunday, come down to Reigate Ex-Servicemen's Club and enjoy a great night of comedy. Topping the bill is none other than ITV's Show Me The Funny winner, Patrick Monahan.

I've seen Patrick a few times now and have got to know him quite well. He's a top bloke, and there's no better comedian on the tour at the moment. If you've seen him on TV you'll know how his impro is second-to-none, particularly how he can create a hilarious comic routine based on his interaction with the audience. He really is not to be missed. And all for tenner.

On the birding front, I have very little to report, only that I've been out on a few late afternoon sojourns and manage to see very little. I can't find a Hen Harrier at Thursley Common to save my life, but got some nice photos of the sun coming down and the moon rising up over the Common. 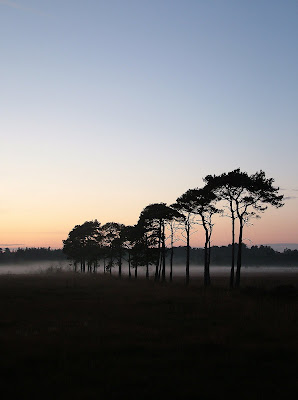 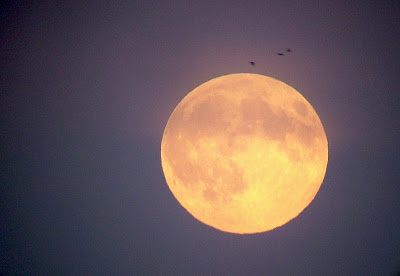 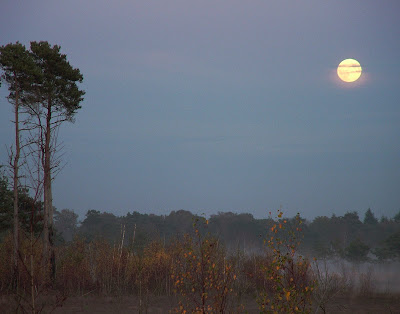 I wanted to get to Staines Reservoir very early this morning to try to locate a Short-eared Owl. Bob Warden had gone up to the reservoir very early yesterday morning - it was still dark - on the off-chance he might see a decent Gull roosting as it got lighter. He didn't manage that but he did see the Short-eared Owl quartering up and down the banking along the causeway at about 6.10am. One had also been seen the morning before at about 8.30am.

As it was, I stayed in bed. Probably for the best, work is manic at the moment so I can't afford to slope off.
Posted by Factor at 17:41