A SHAG DROPS IN AT HOLMETHORPE

I could have gone for a predictable innuendo-style headline – QUICK VISIT TO HOLMETHORPE FOR A SHAG or FANCY A SHAG but, to be honest, I couldn't think of anything that was actually genuinely funny.
I used to write plenty of headlines when I worked at Racing Post and freelanced at The Independent. A great headline is one of life's pleasures when working for a newspaper. The good ones are remembered for many years.
When The Sun, under the editorship of Kelvin MacKenzie, went with 'GOTCHA', after Maggie gave the order to sink the Belgrano during the Falklands conflict – whether it was actually the right thing to do or not, considering more than 300 Argentinians lost their lifes on that boat – it did much to boost morale in Britain at the time.
Similarly, the same newspaper wrote 'Will the last person to leave Britain please turn off the lights' on the eve of the 1992 General Election when it looked as if Labour, under Neil Kinnock, was going to win. This headline had the desired effect of lowering morale across the country and quite possibly trashed Kinnock's hopes of becoming Prime Minister.
There are others, of course, that just make you laugh. My favourite, again from The Sun, was when Elton John married his partner, David Furnish. Above a photo of the pair posing for photographers before they tied the knot, the headline read 'ELTON TAKES DAVID UP THE AISLE'.
Outrageous, tongue-in-cheek, call it what you want – it was memorable, to say the least.
So, my Shag headline isn't the work of genius, but then it doesn't involved wars, politicians or Elton John. This Shag is just a sea bird that has dropped in at my local patch. It is the first one we've had for a while – more than two years, in fact – but it is a welcome edition to the Holmethorpe species list, which is up to 94 for the year now. Pretty good going, in my view.
When word got out – I saw the news first via a Johnny Allan tweet – it was parked up on the raft in the middle of Mercers Lake. By the time I got there, the Shag was happily swimming around on the water. An adult, by the looks of it, the black plumage had a greenish tinge to it. Hopefully, it will stay a few more days to allow other people to come and see it . 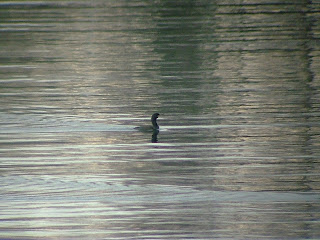 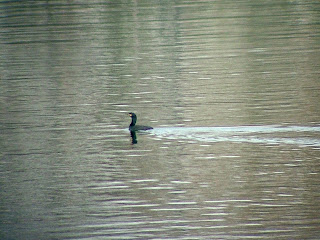 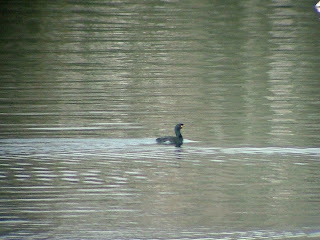 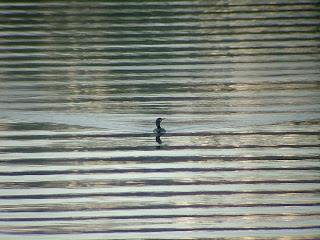