WHERE HAVE ALL THE MIGRANTS GONE?

Is it me, or is there a noticeable dearth of migratory birds out there at the moment? For the past few days all has been very quiet - nothing new has turned up of any note apart from a Roseate Tern at Staines Reservoir which I promptly dipped.

I was hoping for a few interesting passers-by, but nothing. The weather hasn't helped - it's been too nice. The one spring arrival I seem to succeed in virtually bumping into all the time, however, is the Cuckoo. This is a bird whose numbers have apparently dropped and is the cause of concern amongst wildlife experts, but after another sighting, this time on my patch at Holmethorpe a couple of days ago, I saw my sixth Cuckoo this morning at Chobham Common.

I was up early and arrived at the Common at 6.30am in the hope of finding a Dartford Warbler to photograph. But for the second time this week I failed. Didn't even hear one singing, so not sure where the little blighters have hidden themselves, but it means a few more trips are in order, probably to coincide with a dusk visit to hear and see Nightjars sometime in the next couple of weeks. 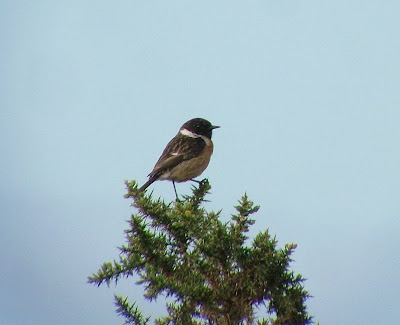 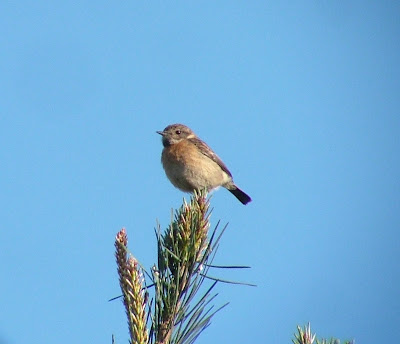 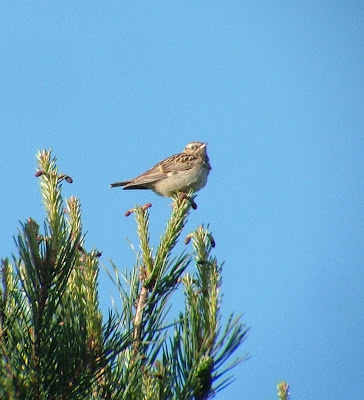 So, all I could muster during three hours were a few Stonechat and Woodlark, as pictured. I'm also seeing plenty of Buzzards and the odd Kestrel on my travels lately, but it would be fantastic to look up at the right time and see a Honey Buzzard instead. An Osprey would be nice, too.

On an very local front, the Swifts are back nesting in the small hole in the rafters of next door's house. Always an enjoyable sight to see them swoop low over our heads as we watch them from our back garden (more of a courtyard than a garden, actually).

Footnote: Seventh Cuckoo of the year seen at Bookham Common on Friday afternoon
Posted by Factor at 21:56