The last couple of weeks have been disappointing, there's no getting round it. The weather has been the problem. When it's fine, migratory birds have the strength to continue on to their summer haunts without stopping at a bird service station on the way (like landlocked Surrey) to refuel. And it's been fine for weeks now. No rain to speak of and plenty of sunshine - good for the early tan but disastrous for spotting new arrivals. 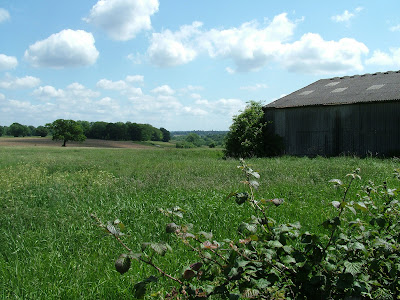 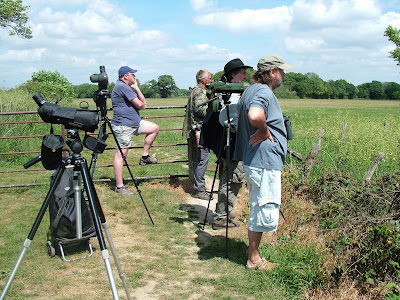 Fortunately, Canons Farm near Banstead - which is just up the road from me - comes up with the occasional gem when everywhere else is scratching around for anything interesting to report. And so it was today.

At 11.15am I got a text from David Campbell: "QUAIL singing at Reads Bottom at 11.14am." About an hour later I arrived. David had been joined by a throng of birders, including Johnny Allan and Mark 'Posh' Spicer. They were walking back up the track, heading for another vantage point in the Horse Paddock field next to a derelict barn.

We waited for about 45 minutes before eventually the Quail (143) sang in the undergrowth. It sang intermittently a few times before going quiet again, but it was enough. Quails are notoriously hard birds to see, being a highly secretive bird, so hearing it was going to be the best I could do, unless I had hours to kill, which I didn't. 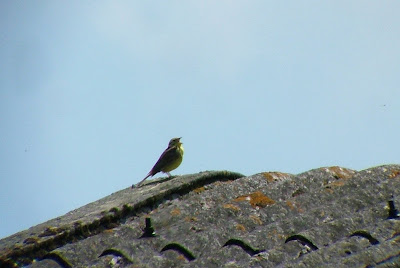 So, I didn't get a photo, apart from those attached, including one of a Yellowhammer singing - but the way things have been recently I'll settle for that.
Surrey (including Spelthorne) 2011 list: 143
This time last year: 133
Posted by Factor at 18:08