NIGHTJAR AND ARCTIC TERN LIGHT UP END OF SPRING

Well, it's been a quiet few weeks hasn't it? Even this week when the weather started to change and the rains eventually came, nothing much happened to get excited about. The spring migration came and went without much to show for it during the latter part of May around the county.

I've only had a couple of trips out locally in the past week. After hearing the Quail on the Saturday, I went to Chobham Common on Sunday evening to see the Nightjars (144). Always a fascinating bird to hear and to watch, I had to wait until 9.15pm as the sun went down and it was getting dark before I heard the first Nightjar churring. I eventually heard at least five and saw two, both perched on branches, but both flew off before I could get a photo - missing good shots is becoming a habit with me at the moment. 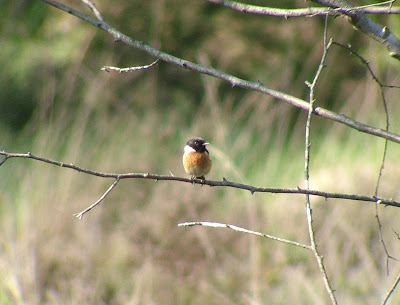 That was last Sunday, and yesterday was the first trip out since then. I went back to Chobham to look for a Dartford Warbler, but only found a brood of Stonechats. It was probably too windy (the wind has been a factor for weeks) so I decided to call off the search and head for Staines Reservoir. 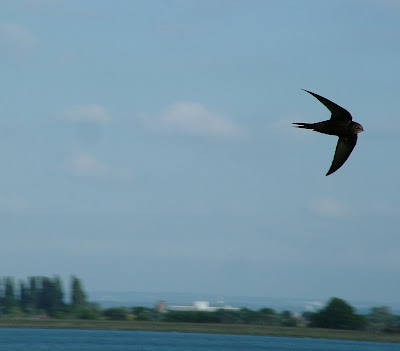 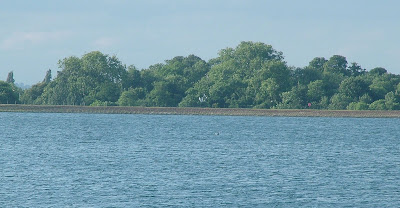 It was a good decision. The first thing that struck me when I arrived was the huge amount of Swifts in the air, swooping over the causeway. There must have been at least 100 of them. There were plenty of Common Terns on the north basin, and more interestingly, two Arctic Terns, one being a first-summer bird, noticeable with its white forehead - it was almost certainly the same bird that had been seen earlier in the week at Island Barn Reservoir. I do like Terns, attractive birds and interesting to watch as they feed.

Added to that was a feisty first-summer Little Gull, which was constantly being mobbed by the Black-headed Gulls over one of the rafts.