BIRDING ON THE LONGEST DAY 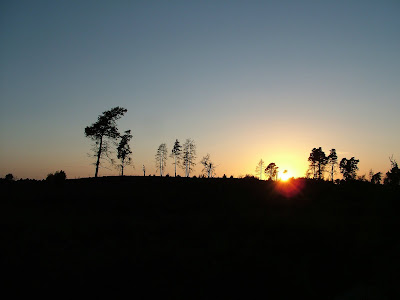 Yesterday was the longest day and the start, apparently of summer. A higher power (not that one exists) should have been better organised and swapped April - which was glorious - with June. What a crap month! What has also been an irritation has been the constant breeze for about the past two months. When will it get better? Probably October, when the wind will pick up again.

It didn't help my mood by gazing longingly at the weather maps online and noticing that while the temperature here has struggled to get to 18 degrees C, in Malaga, as an example, it was 41. Perhaps a tad too hot, but at some point soon I would like to have the choice to wear shorts for a few days. I'm not asking much, I don't think.

For once, however, the skies were clear yesterday evening, so it didn't matter that I left the house at 6.30pm for a spot of evening birding. The sun wasn't due to set until past 9.30pm and the evening glow would keep it light enough for a while after that.

Not sure why, but I've got a bit of a fixation with Quail at the moment, probably because I've heard a few, but not actually seen one. There had been reports of one singing in a wheat field near Clandon Park since June 11th - the last report was on June 18. I made my way over to the area and after a long walk up the wrong path I found the spot - a spectacular view across the wheat fields to the rest of northern Surrey and London.

Skylark and Yellowhammer were in abundance, and filled the air with song, and walking down the footpath I soon heard the Quail - my third this year. Having made this field its home for 11 days and counting this Quail doesn't appear to be in a hurry to move on. I made a decision to walk a short distance into the field and sit in an area where the tractor tracks from the original drilling had been left and wait to see if it would make a brief appearance. I sat self-consciously for an age with camera poised at the ready – I was glad no-one came past for the next 20 minutes to see this strange behaviour. I heard the bird but, yet again, it kept out of sight. 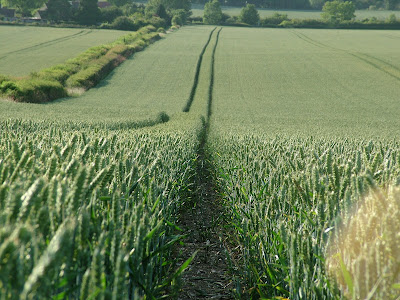 Having spent more time than I'd hoped on the quest for a glimpse of a Quail - I think I have to accept that the chances of actually seeing one are slight to non-existent - I had to abort my next stop to Frensham Little Pond and headed instead straight to Thursley Common for a spot of Nightjar watching. I was hoping to spot the odd Woodcock and Tawny Owl, but unfortunately, I didn't see either during my visit. 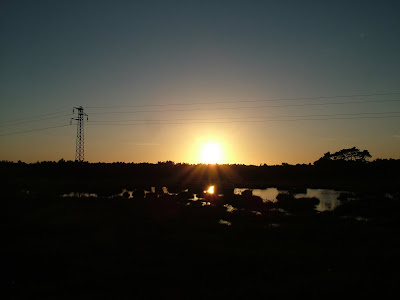 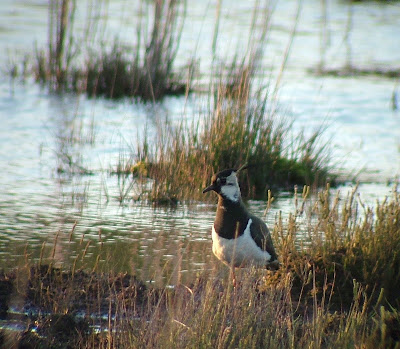 The Common was quiet apart from the breeding pair of Curlews, a pair of Lapwings, some Woodlark, Linnet and Stonechats, and then as the sun set and the light began to fade, the first Nightjar started churring. 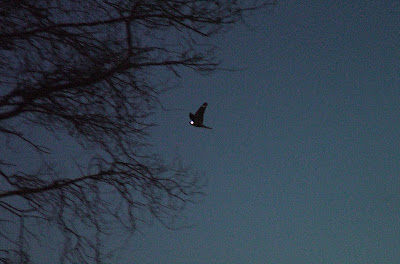 I saw at least three during the next couple of hours, one circled within a few feet of me. By the time I had finished for the night and got back in the car it was 10.45pm. You can never get bored with Nightjars.
Posted by Factor at 12:02