AT LEAST THE CHIFFCHAFFS ARE NOW SINGING...

The spring migration is still reluctant to really get started – I imagine it will be like Heathrow airport on a bank holiday when it does – but at least yesterday morning I heard a Chiffchaff sing for the first time this year. And about time. In fact I heard four of them by the end of my visit to Staines Moor.

After a stroll around the local patch at Holmethorpe the previous afternoon, where the Little Gull was still feeding happily on Mercer's Lake, I opted on a trip to Staines Moor just on the off-chance a Ring Ouzel dropped in overnight.

I didn't really expect to see one but as the weather was, for the first time in some weeks, full of blue skies and sunshine the walk would be enjoyable nonetheless. Predictably, the Moor was Ouzel-less.

The Moor was also shrub and treeless in parts. Since my last visit a month back the chainsaw has been in action, and the Moor looks decidedly bare, which does make me wonder whether there is sufficient close-by cover for a Ring Ouzel if one did decide to visit.

As mornings go without many migrants on offer – just the four Chiffchaff – it was an enjoyable couple of hours.

During that time, walking along the River Colne and back I saw six Water Pipit, all in various stages of summer plumage. This is one of the best times of year to see this nervy pipit – they are easier to identify in summer plumage than during the winter months for one thing and they are more approachable (as mentioned on Peter Alfrey's blog http://peteralfreybirdingnotebook.blogspot.co.uk/) – and the River Colne is probably the best place to see them in the county. I was happy to properly catch up with this bird, as my previous sighting this year was only fleeting. 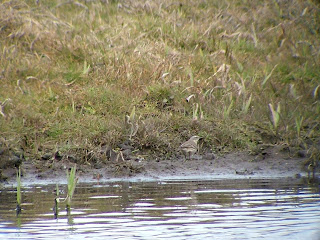 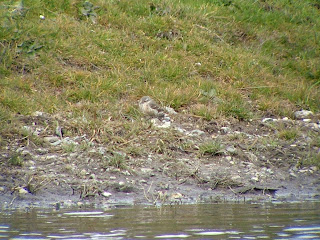 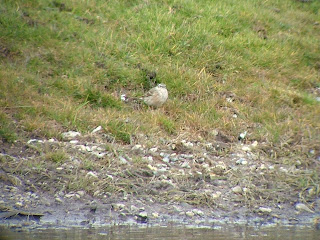 A Red Kite was a permanent fixture, circling over the area, as well as one Little Egret flying up and down the river.

No Wheatears on offer, but a Little Ringed Plover flew over on my way back to the car. While I was strolling around the Moor I missed out on a female Black Redstart on my local patch – I only found out about it that evening after Croydon birder Derek Lea e-mailed to tell me about it – and I haven't had the chance to go back for a look since.

With luck all those migrant birds on the continent waiting to head north have their bags packed and are ready to set off now the wind has finally changed direction. The week ahead should be interesting.
Posted by Factor at 21:18