Since my trip to Spurn there's not been much time for any other trips out. I haven't checked out the local patch either, although from reports sent to me during the past few weeks it has been relatively quiet apart from one Whinchat and the odd Yellow Wagtail.

A week earlier I had been down to Margate to meet up with my parents and on the way back dropped in at Oare Marshes just after sunset to see the smart Spotted Crake feeding close by the East Hide.

At the weekend, however, I had another opportunity to spend a day out in the field. I was going to the Brisca F1 World Stock Car final on Saturday evening (I've been a stock car fan since I was kid and wrote a book on the subject about 15 years ago, but due to other commitments such as birding, I don't go as much as I used to), so travelled to King's Lynn via the Suffolk and Norfolk coasts.

It was a bit of a long day as it turned out. I left the house at 6.30am and arrived back the following morning at 3.30am, but it ended up being worth it.

I'd seen earlier in the week that the Lesser Grey Shrike was still present in horse paddocks between Leiston and Sizewell in Suffolk. There didn't seem much chance this rarity would stick around by the weekend, but I thought I'd set off in that direction just in case – thankfully, a sighting was confirmed at 8.25am.

I turned up about an hour later, and it wasn't long before I was watching the Lesser Grey Shrike perched on a fence post. For the less observant birders, like myself, it looked remarkably like a Great Grey Shrike, and if I'd been on my own I would have presumed that was what it was. I was met with stony silence when I suggested this to those around me.

After close study as it flew around the area feeding, I noted it was smaller than its cousin and had no white on the wing coverts and a greyer head and back. A handsome specimen whatever the description. 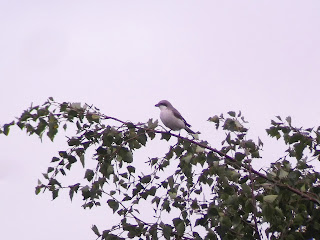 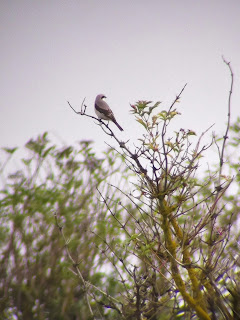 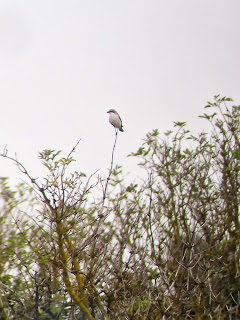 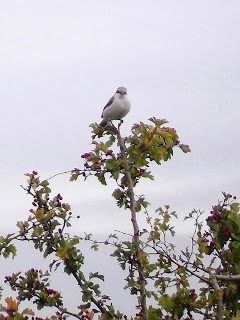 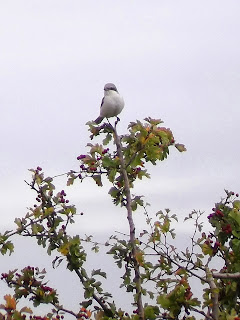 So a good start to the morning. I spent an hour with the Shrike before heading off for Sizewell Beach to see the remarkably confiding Arctic Skua that had become a fixture on the beach next to the nuclear power station. 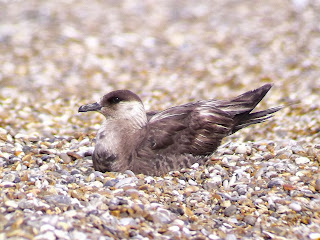 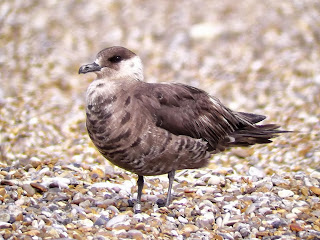 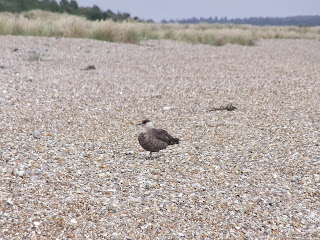 Right on cue the Arctic Skua was there standing on the beach. You could approach to within at least 15 metres and it wouldn't flinch. It would occasionally fly off to pester a few gulls around a platform about 200 metres out at sea but would soon fly back to its favoured spot on the beach. Some people are suggesting the bird is partially oiled up so that's why it stays put for so long, but it doesn't look particularly hindered when flying around and appears to be quite agile. Let's hope it's fine, anyway.

Sizewell Beach is a popular birding spot. There were at least ten Little Gull bobbing about on the water and a pair of Black Redstart were flitting around the perimeter wall surrounding the power station where a Peregrine was perched high up.

With time getting on I skipped a visit to Minsmere just up the road and headed off instead for Castier-on-Sea, just to the north of Great Yarmouth.

After a really pleasant drive around the edge of the Norfolk Broads I arrived at Castier by about 2pm. The target bird here was a juvenile Rose-coloured Starling. There were a couple of birders in the car park scanning the rooftops where a large flock of about 200 Starling were perched. It was going to be a needle-in-a-haystack job but the Rose-coloured Starling was soon picked up. Not exactly rose-coloured like an adult male, it was still another life tick for me. 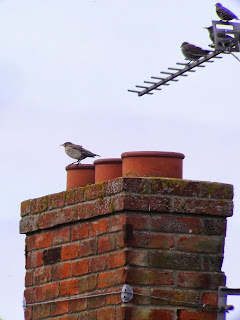 After another hour watching the flock of Starlings I set off for King's Lynn, where 8,000 stock car fans had migrated for the highlight of the 2013 Brisca F1 stock car season. 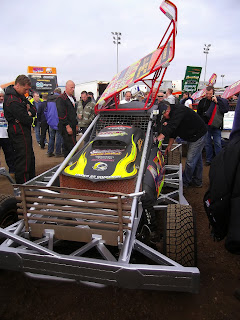 In complete contrast to the gentle, relaxing afternoon, the evening was loud, brash and brutal. The cars – single-seater, purpose-built, Chevy V8-engined, 700 brake horse-powered monsters – were loud, colourful and spectacular as always, and the action incredibly fast and frantic.

I caught up with a few mates I hadn't seen for sometime including some of the drivers, notably former world champion Rob Speak. He finished seventh in the big one behind Tom Harris, who was in a league of his own on the night. To my mind there is no other motorsport that can compare to Brisca F1 stock car racing for drama and excitement.

The evening ended with great sadness, however. After the racing a Dutch fan was killed when hit by a minibus outside the stadium when crossing the road. She was only 32 and had a young child. A stark and tragic reminder of how delicate life can be and how much we must cherish every minute of every day.
Posted by Factor at 15:32