RING OUZELS ON THE DOORSTEP

It had to happen, I guess. After all the chasing around to see Ring Ouzels recently it was totally predictable a couple would appear just down the road on my local patch.

My Ring Ouzel sightings have got increasingly closer to home each week. After the Bedfordshire visit a couple of weeks ago and Woldingham last week, five more arrived in the Woldingham area last Friday, just off Beech Farm Road.

I managed to get up to see a couple of remaining male Ring Ouzel the following afternoon and then this morning one of my local patch reporters, Ray Baker, discovered a female – followed by a male ten minutes later – up on Nutfield Ridge, close to Glebe Pond at 9am. A patch lifer!

I was working from home today and had just about finished putting a magazine to bed so was able to make the five-minute dash up the road to have a look. A short walk along the footpath close to Glebe Pond and there feeding near some gorse bushes was a male Ring Ouzel. Ray had reported a female earlier, but I couldn't locate it, though I thought I heard a second one. 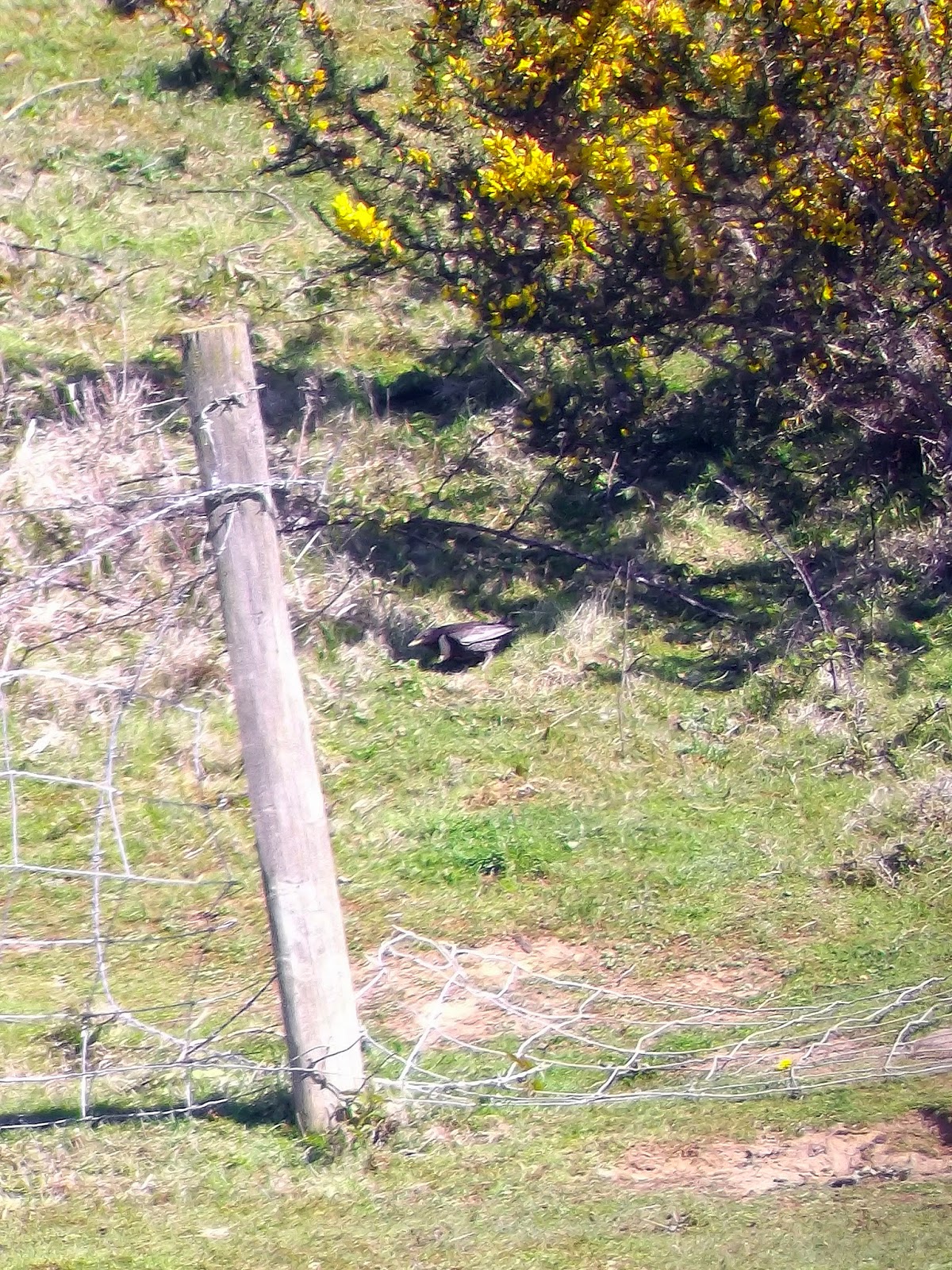 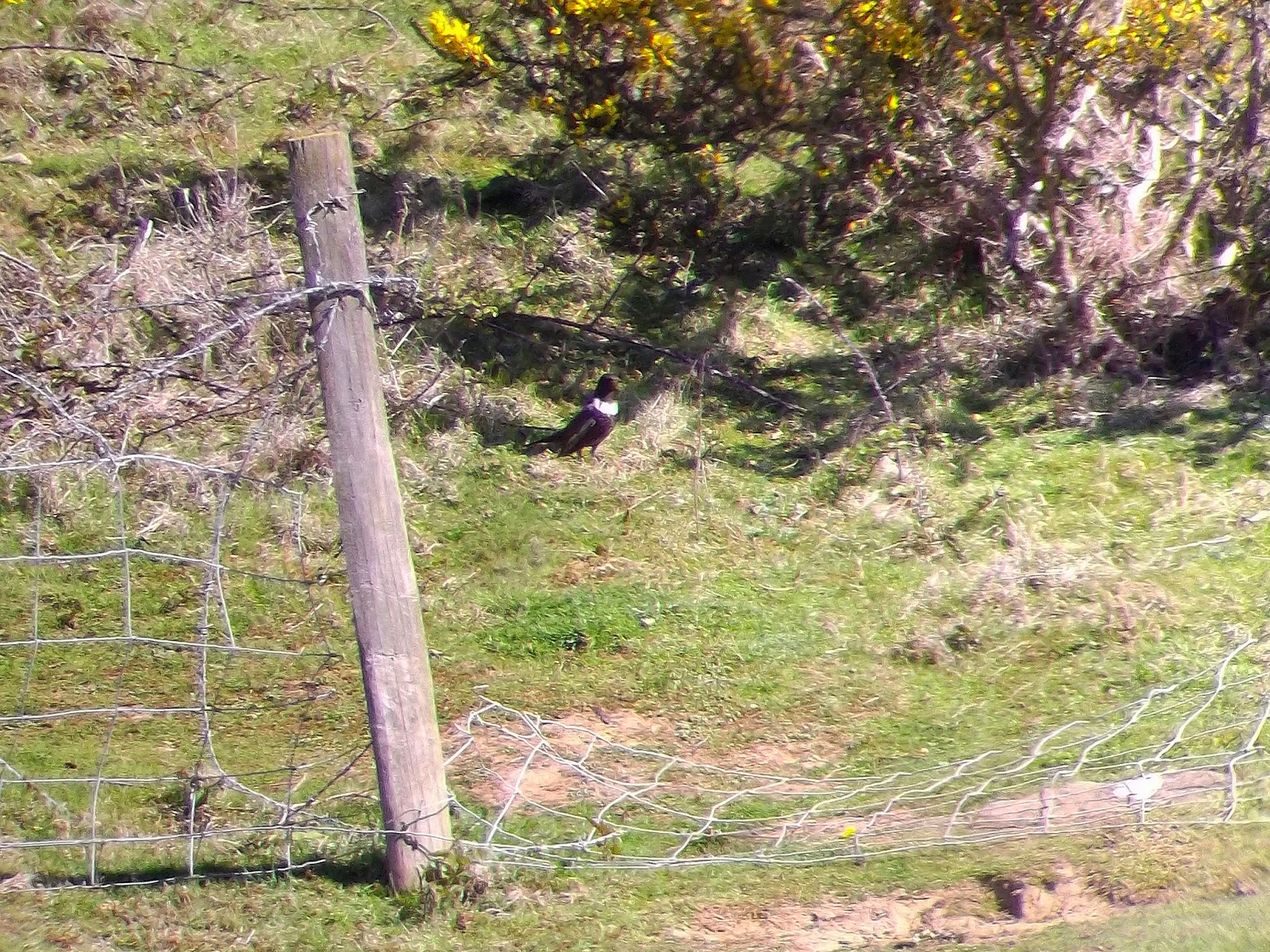 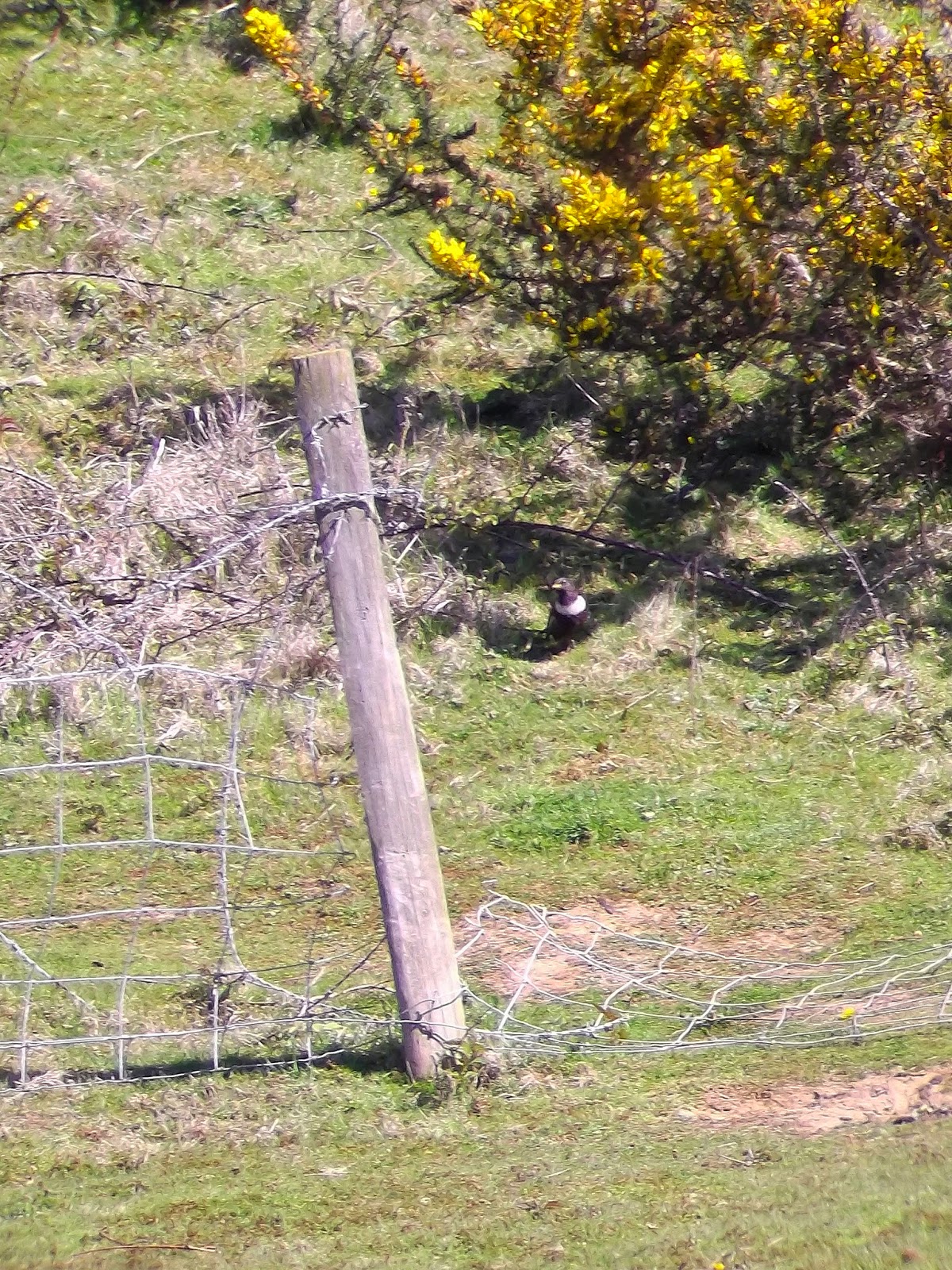 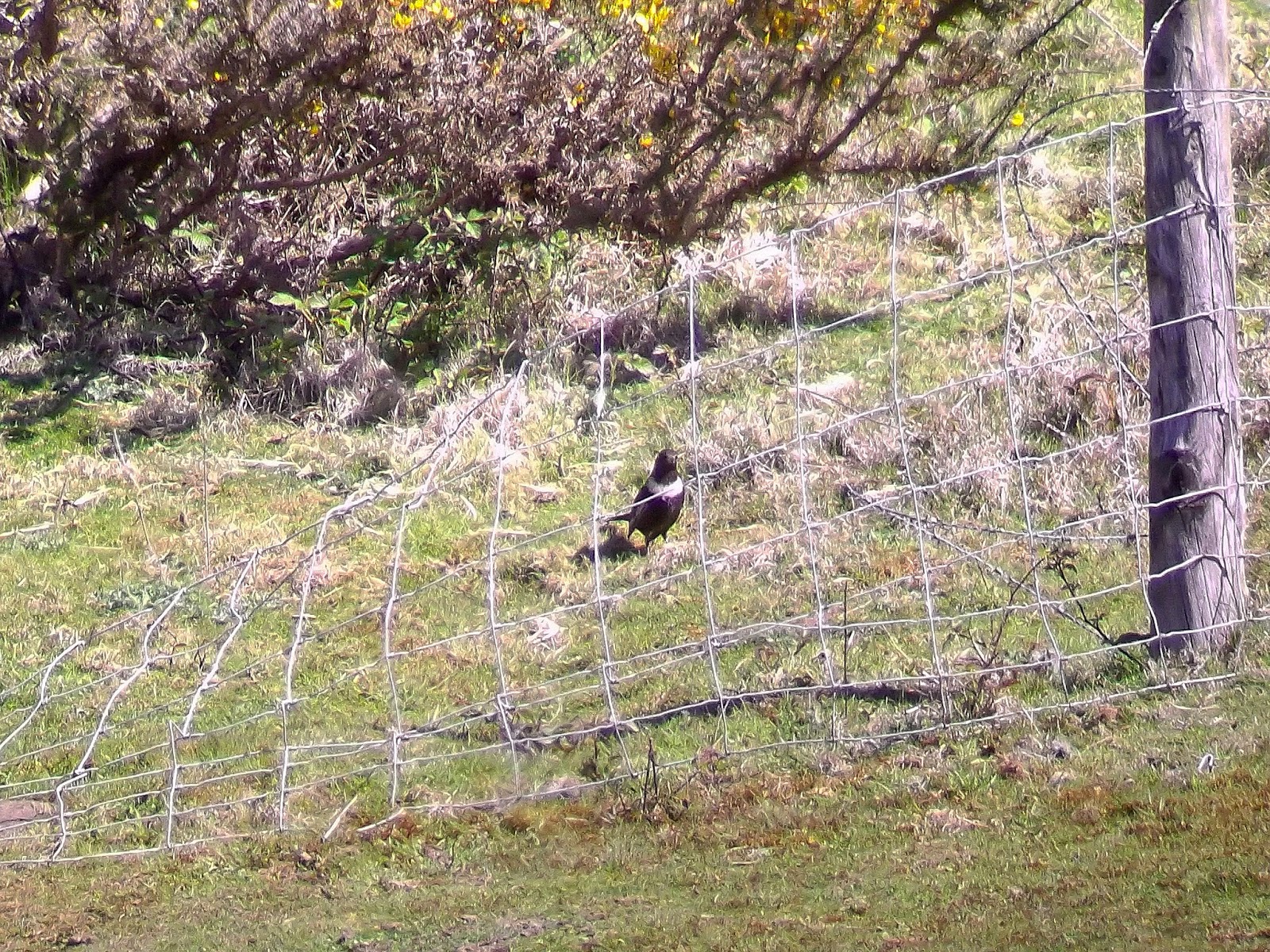 It has been a great spring for seeing Ring Ouzel and this sighting caps the lot. I had a dream the other night I discovered a Golden Oriole on the patch and was disappointed it wasn't real when I woke up. This Ring Ouzel was great compensation.
Posted by Factor at 15:10