An autumn should never go by without seeing a Wryneck, Red-backed Shrike or a Ring Ouzel. I would also say a Yellow-browed Warbler but – a shame admission I know – I've yet to actually see one!

But, as I have said previously, the autumn migration this year hasn't really happened for me. The patch had been very quiet – spring tends to be better for some reason – and the rest of the time I've been too busy to go anywhere.

So when the opportunity arose to actually hopefully see an interesting bird last week, I had to grab it.

And the juvenile Red-backed Shrike at Tide Mills, near Newhaven, was so ridiculously unperturbed by human company I could almost literally have grabbed it. 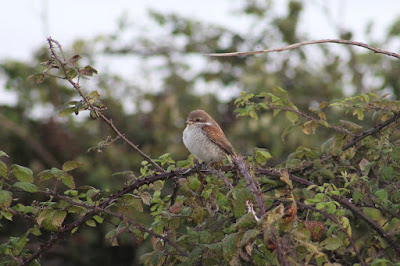 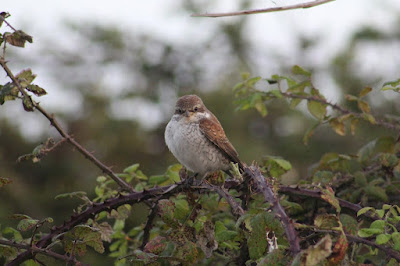 I'd read that this individual was giving stunning views but I wasn't expecting this. At one point it flew from its perch within a few inches of my right arm to snatch an insect it had spotted on the ground just three feet away. Jaw dropping. 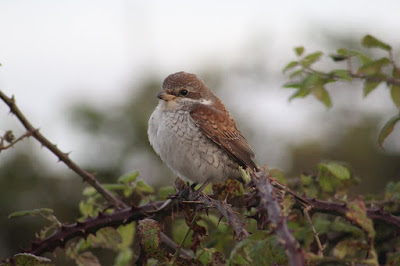 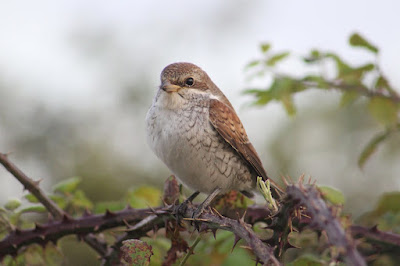 I didn't arrive until after 5pm, and it took me a while to find it among the bushes. But once I did I had the best views I'm ever likely to have of a Red-backed Shrike – what a little stunner! 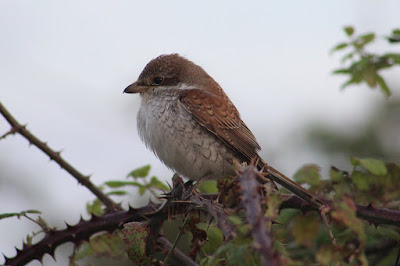 It was nice to get a rare bird fix before heading back to the usual day-to-day drudgery.

I timed my next brief birding escapade a day late. Last Sunday would have been excellent for a wide range of decent birds, especially in Kent. Seawatching at Shell Ness on Sheppey produced both Pomarine and Long-tailed Skuas, while a juvenile Pallid Harrier entertained the visitors south of Harty church. There were Spoonbills, a Common Crane flyover, an Osprey and a Great White Egret during the day at Oare Marshes.

I had to go on Monday to see what would turn up.

It was a beautiful autumn morning in bright sunshine – but it produced nothing.

The Pallid Harrier had been spooked by clay pigeon shooting on Sunday afternoon and had flown off south. The Spoonbills were nowhere to be seen, there was no sign of an Osprey (one had been hanging around for a week) and the winds were so light, there was no chance of a skua sighting.

Best views I had during the two hours spent at the Marshes were of the resident Bearded Tit. With the light winds they came out to feed and thankfully gave me something to smile about.