I had a few options this morning. I could try and add to my Surrey list by visiting as many places as possible in a five-hour stretch; I could ignore my list and just go to one Surrey spot where I could enjoy a relaxing time looking for some of my favourite birds; or I could drive over to Basingstoke to view the White-tailed Sea Eagle.

Having successfully seen a Peregrine Falcon in Sutton a couple of days earlier (they can often be seen perched high up on the Reed Building in the town centre) I chose the first option. 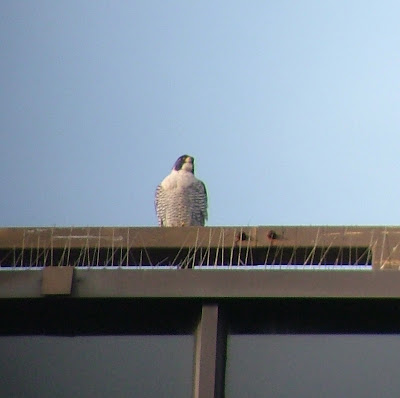 I can't work out why I took that decision, but it is what I invariably end up doing. I must think again in future, as this behaviour is not conducive to a totally satisfying day. I should have gone for either of the other two, but I had it in my head that it would be a good idea to go and see the Great Northern Diver at Staines Reservoir at about 8.00am, tick off the Diver and then head off somewhere else - probably Thursley Common - followed by Cutts Mill Pond, Bookham Common, Headley Heath and then home. I worked out I could add at least ten birds to my year list if all went to plan.

As plans go, it was ridiculously ambitious, but I had convinced myself it was possible. I found the Scaup easily enough at Staines but there was no sign of the Diver. Having chatted to John 'Brown Shrike' Gates for a while, I left at around 9.45am. 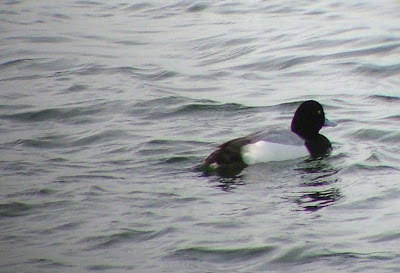 That was my first mistake of the day. Trying to cram in too many places to visit into too short a timeframe always leaves you compromised. I noticed quite a lot of activity on the KGVI Reservoir as I left, and later I discovered that the Diver dropped in on the Staines south basin at 9.50am - if I had waited for just another ten minutes I would have seen it. All fairly typical. The thing is I knew if I waited for a bit longer it would probably turn up, but the clock was ticking. 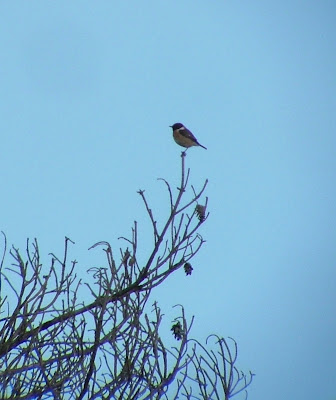 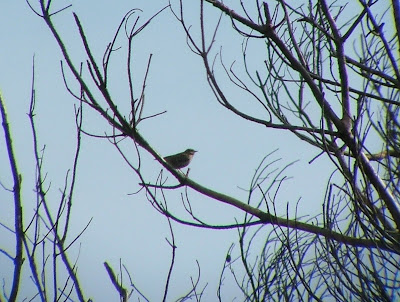 So, off to Thursley Common. A good visit, but I spent an age searching for the Great Grey Shrike - as were numerous other people - so it compromised what I was going to do next. I did see one of my target birds - a male Stonechat - an encouraging sign, plus at least six Woodlark. Then soon after that I heard the unmistakable sound of a Curlew carrying across the Common. Curlews breed here regularly every year and their arrival is a sign that spring is drawing ever closer. I saw two birds, they had apparently arrived a week earlier. 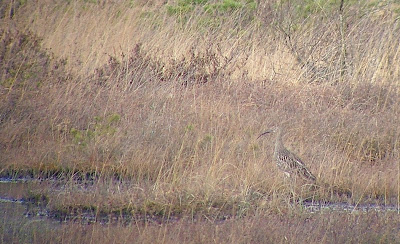 I was just thinking of leaving, when I picked up the Great Grey Shrike on Shrike Hill. I waved at as many people as I could attract to let them know, but the bird didn't stay put for very long (hence the rubbish photo) and soon flew off in the direction of Ockley Common. 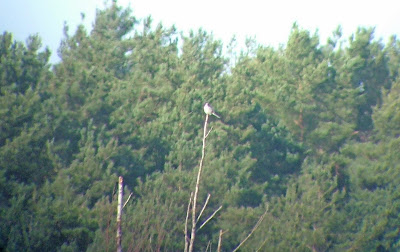 As time was getting on I missed out Cutts Mill and headed off for Bookham Common, in the hope of seeing the Hawfinches and, hopefully, Marsh Tit and Lesser Spotted Woodpecker. Not a particularly good idea as it turned out. I only had about 30 minutes to look around, but I eventually saw a couple of Hawfinch (plus a couple of Bullfinch) but they were difficult to see properly and were very mobile. Also it was starting to rain and really I should have been at home cooking the Sunday roast by the time I left. There was not enough time to look for the other two birds - so there was little point of going there in the first place.

As Jonathan Lethbridge said in his Birdwatch column this month, if panic sets in when looking for birds, it is time to re-evaluate. He is spot on.
Posted by Factor at 19:38