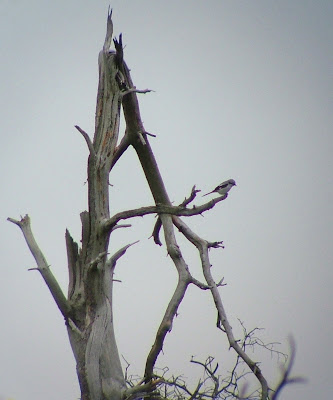 I grabbed a window of opportunity for a spot of decent birding this afternoon - no time limits - so I headed straight for Thursley Common, in the hope of seeing the wintering Great Grey Shrike.

I went without high expectations, mainly because Thursley is a large area to be pursuing what has proved to be a highly active bird - it took Surrey record-breaker Johnny Allan at least five visits recently before he actually saw it. I'd already had three attempts this year without success.

When I arrived I noticed a car I recognised in the car park. Kevin 'Kojak' Guest was in the area so I texted him. He'd arrived a few hours earlier looking for Raven - a couple had been seen in the area during the past couple days - but as luck would have it he texted me back to say he had come across the Shrike instead, despite not really going out of his way to find it.

I walked over to Shrike Hill, and before long I was looking at the Great Grey Shrike perched on top of a tall Silver Birch. I met up with Kojak and we walked round to the south side of the hill and then walked up to the summit, where we located the Shrike again.

It was typically busy flying from tree to tree and then dropping down to the ground as it searched for lunch. We had been lucky, as it hung around for more than 20 minutes before it moved on, heading towards the Ockley end of the Common. 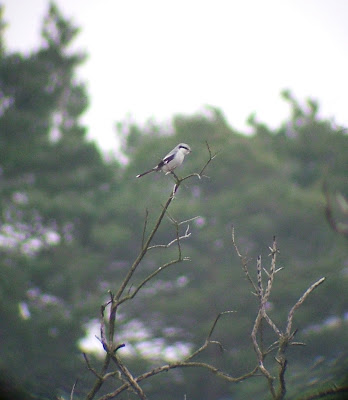 I'd had an unproductive week before today - dipping the Firecrests at Banstead Golf Course three times, then travelling over to Island Barn Reservoir to see the Great Northern Diver, only to discover the place was locked and deserted, apart from one birder who didn't bother his arse to let me in - so the Shrike definitely made up for it.

Also present was a Woodlark, its song breaking the silence of the Common, which can be a pretty grim old place at this time of year. Alas, no Raven, no Hen Harrier or Red Kite, any of which would have been a real treat. All have been seen here in recent weeks, however, so it is just a simple case of being at the right place at the right time. Trouble is time is not always on my side.

I left Kojak to his Raven search and went to Cutt Mill Ponds in the hope of seeing the Firecrest and Yellow-legged Gull that were seen there the day before. No joy, but I did see my first Coal Tit of the year.

A sprint over to Compton came next, but I couldn't find any Grey Partridge. As the light began to fade on the way home, I took a quick detour to Wisley Airfield, just to work out where the best spots are to visit in future.

Earlier in the day I saw a Ruddy Duck at an undisclosed site. These beleagured birds are now quite rare in Surrey. A cull was agreed by the Government in the 1990s because these ducks, originally imported from America in the late 1940s, established themselves too successfully after escaping from Sir Peter Scott's sanctuary at Slimbridge. They spread quickly to other European countries, including Spain, where (unfortunately for the Ruddy Duck) it began breeding with the endangered White-headed Duck. To stop the demise of the Spanish bird, it was decided to wipe out the Ruddy Duck population.

Some still survive, like the one I saw. But for how long? 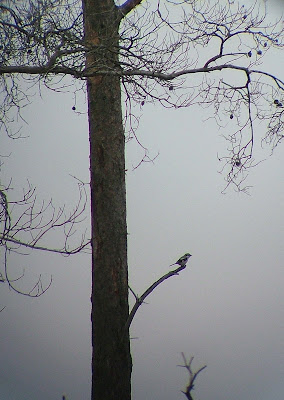