OH MY, A WRYNECK!

It was going to be difficult to top the Hoopoe last week but the autumn migration has brought with it a few beauties for those who are looking in the right places. Seen cruising up the Thames yesterday were both White-winged Black and Whiskered Tern, while today four Arctic Skuas were seen circling high above Leith Hill before high-tailing it south. Temminck's Stint and Little Stint have dropped in at various points in the south-east.

But perhaps the most interesting visitor around the area for the past week or so has been the enigmatic Wryneck. It's the right time of year to see them, with quite a few sightings across the south-east, including at Alexandra Park, Dungeness and Pulborough Brooks. All relatively nearby, but none as yet had been found in Surrey - until this afternoon.

I had a thick head this morning - Annie and I had hosted a birthday dinner for a friend of ours, and predictably it went on into the early hours with plenty of wine consumed - but I had to get up early to get to Shipley Bridge to have one of my two car's MOT'd (one's a dependable old tank - an X-reg Mondeo).

I felt bloody awful, but there was still plenty to do during the rest of the day, including putting an antique brass bed we'd bought a few years back into storage at a friend's lock-up.

We had a late lunch at 4pm, which was when I saw Johnny Allan's Tweet about a Wryneck seen at Ranmore Common. I got there just after 5pm. A number of birders were already in place, including JA and Dodge, David Campbell, Paul Cox and the guy who discovered the bird in the first place, Sean Foote.

Sean had been on a butterfly trial on the Common when he flushed the bird off the grass path next to a row of houses that back on to the Common next to the car park.

We had been waiting for at least half-an-hour when we saw a small brown bird drop down from a hedgerow into one of the gardens. It didn't reappear, so Dodge and Tony Blair decided to get a better view by knocking on the front door of the house and asking the residents if they could have a look in their garden for the Wryneck.

The owners were evidently impressed by Dodge's charm offensive, as within a few minutes his head appeared on the other side of the hedge, and he was pointing animatedly to our left. The bird was in the next door's garden. We all scrambled over to the hedge to see it we could locate it, when the Wryneck (154) flew up into a small tree in front of us. Hey presto, a first for me and in Surrey to boot. 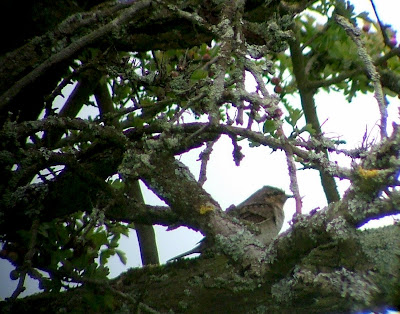 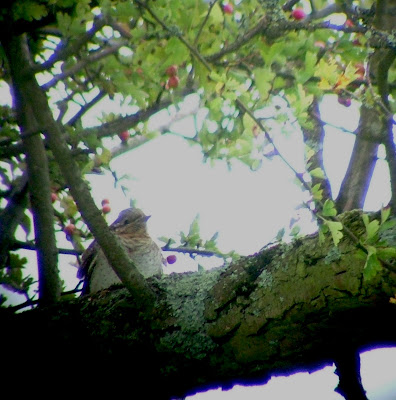 The Wryneck stayed in the tree for quite a few minutes before flying up into a Horse Chestnut tree, and then over to the gate next to the car park. It was then that Ian Jones arrived, and he caught sight of its rear end as it flew off into the trees.

That was the last I saw of it before I left Ian and Paul at 7pm to continue the stake-out. Hoopoe, then Wryneck. What will turn up next? Red-backed Shrike or, as Dodge was keen on seeing, a Barred Warbler perhaps?