A QUIET START TO THE SECOND HALF

I haven't left a post for more than a month - basically, my spotting skills have let me down during a quiet start to the second half of the year. I have had an unerring ability to miss a few notables in recent weeks.

After missing two Red-Backed Shrikes and a Hoopoe last month, I also failed to see a Golden Oriole - although this one was just over the border in Kent. The usual thing - the bird was flying about and showing well the day before, but as soon as I arrive (it wasn't just me, two other blokes where on the hunt, too), it disappeared.

Two other birds I have been looking for recently have been Yellow-Legged Gull and Mediterranean Gull. I've been to Beddington three times and Staines Reservoir once and haven't seen either. Mind you, with just a pair of bins it's hard to see, from a distance, if what appears to be a Herring Gull has yellow legs or not. I shall persevere. 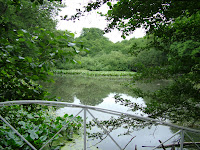 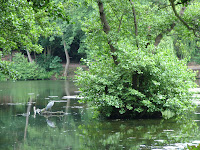 Been on a couple of nice walks, despite the lack of new sightings. Leigh Place Pond, near Godstone church last week was very pleasant. Plenty of Goldcrests and a pair of Grey Wagtails were the highlights. I also had a good walk around some wheat fields near Crowhurst, where I saw at least ten Yellowhammers. 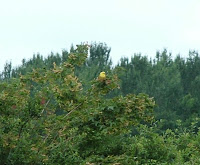 As far as my self-proclaimed rivalry on the Surrey Birders listing sight, I am three behind the leader, so the missing gulls and a Black-Tailed Godwit - currently popping up here and there - would bring me back level. Hopefully, my luck will change (don't count on it though).
Posted by Factor at 13:51