SPOTTED FLYCATCHER IN THE EYE

I was dipping Grasshopper Warbler for the fifth time this week at Canons Farm this morning after DC had flushed out yet another one at about 7.30am. Me and Gropper just don't get along I'm afraid - although I imagine a lot of people have a similar relationship - these birds are very elusive.

By 10.00am I headed off for Barnes to the London Wetland Centre in the hope of finding a Ruff on the main scrape. I'd got as far as Wimbledon when the phone rang. David obviously had some news he thought I ought to hear. Two Spotted Flycatchers had been seen by the horse paddocks at the end of Wood Lane!

I decided to continue on to Barnes, but then changed my mind almost immediately and headed back to Canons. If I had turned up at the Wetland Centre, paid my £10.50 and seen nothing, I was in danger of also missing out on the Flycatcher and I hadn't connected with one all year.

I got back in good time to be met by David by the horse paddocks. The Spot Flys had gone missing and we couldn't see them anywhere. I was getting that sinking feeling again. After a walk round the back of Aberdour school and then through Circle Field, however, David saw them briefly flying off back towards the horse paddocks. At least they were still around. Again we couldn't re-locate them, so I walked back through Circle Field to see if they had returned to a favoured tree. 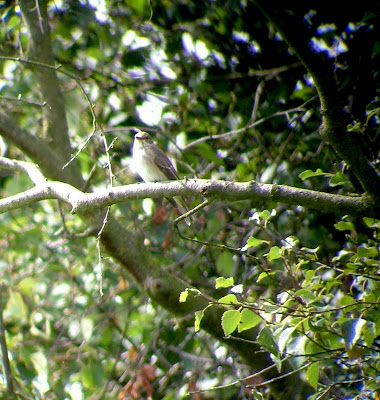 And indeed they had. I saw the first Spotted Flycatcher (155) perched in a Silver Birch tree, followed by another one. They were very active, and didn't keep still for more than a few seconds. We were joined by Ian Jones and were treated to excellent views of these attractive birds for the next 20 minutes, after which I headed off. 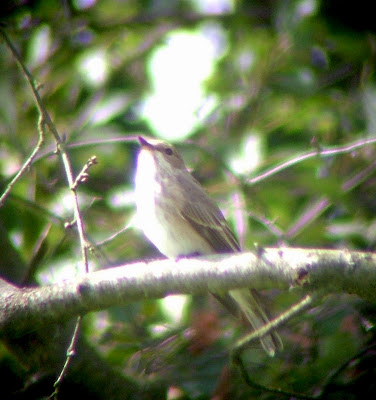 A little while later the two Spotted Flycatchers were joined by a third. Miraculously, the thoughts of dipping for most of the week ebbed away! It was a welcome boost to get a result after an unsuccessful week.

Next stop was Staines Reservoir, where I was hoping to find a Turnstone - no luck. The highlight here was a juvenile Black Tern. 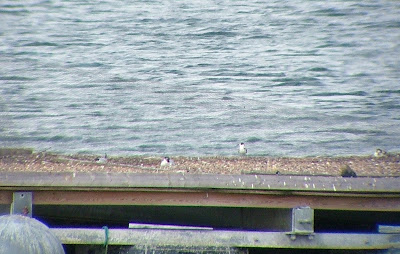 A quick pitstop to Staines Moor was pretty good, with a Whinchat and about 20 Yellow Wagtails feeding alongside the horses that roam the Moor. 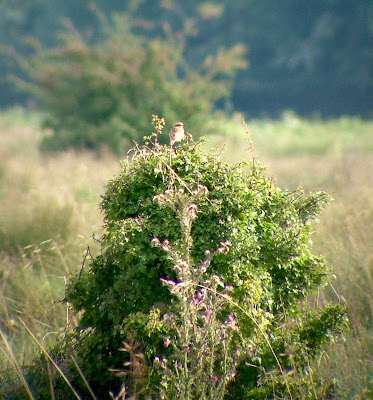 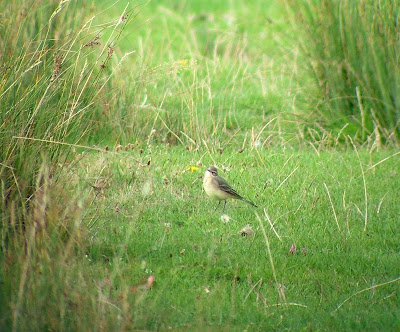 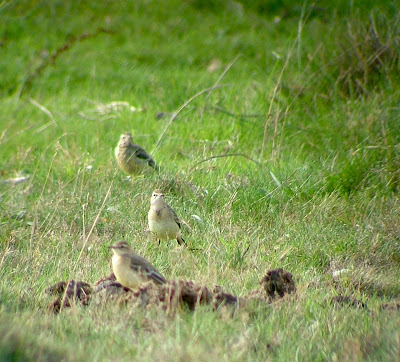 I also had good views of a Kestrel and a Sparrowhawk that was having an continuing argument with a Magpie.

And that was the day over. After spending hours writing a post about the dilemmas of dipping yesterday, less than 24 hours later a new bird arrives to lift the spirits. Graham James' comment on my last post is absolutely true. A bird missed today is one to see in the future. I must make a mental note to remember that piece of advice. Birding is all about having the right attitude and being grown up about it. It is, after all, just a hobby.