Plenty of migrants dropped into Surrey yesterday with a Pied Flycatcher at Tice's Meadow late in the afternoon, and at Canons Farm, near Banstead, three Common Redstart and a remarkable (for Surrey) ten Wheatear. The male Ring Ouzel was still showing well in the playing fields next to the Legal & General building, and at 8.20pm David Campbell got sight of a Short-eared Owl flying over the fields heading north - that lad certainly puts in the hours at his patch, and because of that he gets his just rewards.

Just over the border in Hampshire a Hoopoe has been loitering at Crondall, and in East Sussex, at Weir Wood Reservoir, near East Grinstead, an Osprey was seen for a second day. 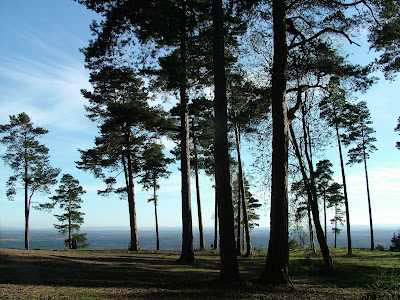 As for me, I didn't get out until the late afternoon, going for a walk with Annie at Leith Hill - it was a beautiful day, and the views were spectacular. I didn't see a lot, apart from five Buzzards circling to the south of us.

On our return home, I popped over to the Holmethorpe patch to check out the Black Redstart, still present by the sheep paddocks at Mercers Farm, as the sun was setting. I managed to get a better photo from the field behind the paddocks as it happily fed on midges in the early evening sun. 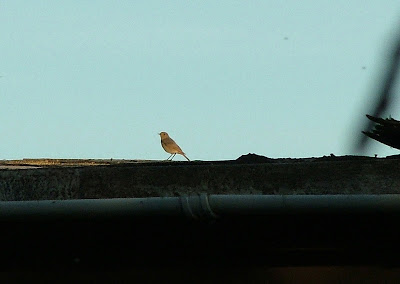