Having looked for Ring Ouzel at Nore Hill, near Woldingham, where three birds had stayed for a number of days last spring (Ring Ouzels are known to often revisit the same stop-off points each year during their migration north) and then Wheatear at Holmethorpe late on Friday without success, it was with typical timing that both should turn up the following day (two Ring Ouzels at Canons Farm and a Wheatear on the Water Colour Mound at Holmethorpe) and stay put throughout the weekend - Mother's Day weekend.

While us birders are a selfish breed, doing our utmost to spend as much time on our hobby rather than being considerate and focusing on our family responsibilities, it is important to make the weekend for our mothers a special one.

Saturday was spent at Annie's parents and Sunday at mine, who were also celebrating a major landmark anniversary the following day - their Diamond Wedding anniversary. As it turned out both days went really well, a job well done all round.

All the while, of course, the Ring Ouzels at David Campbell's excellent Canons Farm patch and the Wheatear at Holmethorpe were being watched by all the usual East Surrey birding community, apart from me. Added to which, David discovered a female Black Redstart on Saturday afternoon. Basically, the spring migration had well and truly begun, and first sightings of a number of migrants flashed up on all the relevant websites.

I had to stay blinkered from all of this. The journey over to my parents house in Cliftonville, near Margate, meant driving passed a number of notable birding hotbeds - notably Oare Marshes and Reculver, where three Shorelarks have wintered, and were still posing for photographs. My parents live not that far from Pegwell Bay, but I had to shut that thought out of my mind as we drove to Broadstairs to have a celebratory lunch.

There was one distraction, however, and that was the sight of about ten Turnstones in the car park on the seafront, eagerly joining in with the local pigeons, taking titbits from visitors. 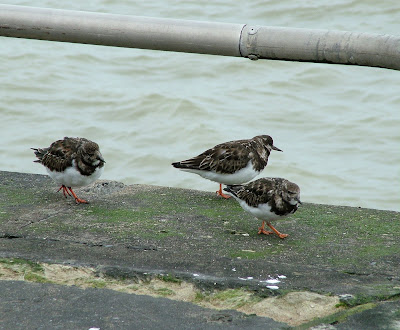 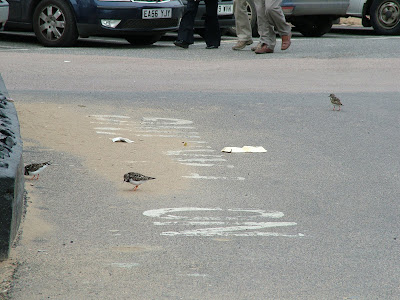 The following morning couldn't come soon enough (although the 6.00am alarm call came a bit too soon, to be honest). A busy working week lay ahead, so this morning was my one window of opportunity. 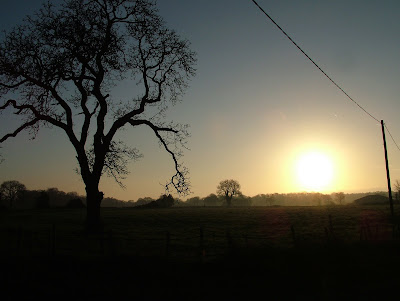 I arrived at Canons Farm just before 7.00am and met up with David, who gave me the good news that a male Ring Ouzel was still present in the playing field next to the Legal & General building.

I found the right spot, where Phil Wallace was also positioned. The bird had been seen at 6.45am for a few seconds, and then we had to wait a good half an hour for the Ring Ouzel to reappear, calling behind us up in a tree, before flying back into the bushes by the south side of the playing fields. 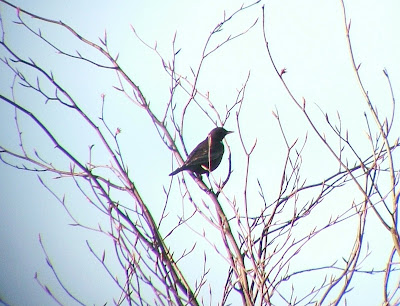 It was then a long wait, for more than an hour, before we eventually got tremendous views of the magnificent male Ring Ouzel (115). It first perched in a tree in front of us before flying down on to the playing field, near the centre circle of one of the football pitches. There it stayed for a couple of minutes, during which time it often showed its brilliant white chest. 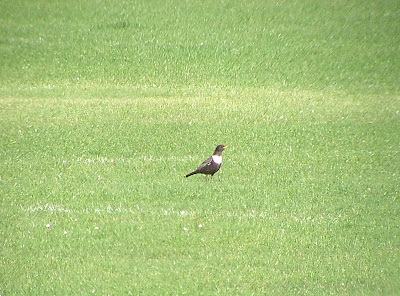 A real treat. And then it flew into the bushes again.

It seemed a good time to move on. Next stop Holmethorpe, where I met up with Graham James and Paul Kerry at Mercers West, where we saw two Little Ringed Plovers, five Green Sandpiper and a Common Sandpiper (116). Graham mentioned he had seen a Common Whitethroat, the earliest recorded for the patch (the previous record had been seen by me last year on April 7). I joined Graham and Paul on the pathway between Spynes Mere and Mercers West, where the Common Whitethroat (117) was singing in the bushes. There was, unfortunately, no sign of the Wheatear. 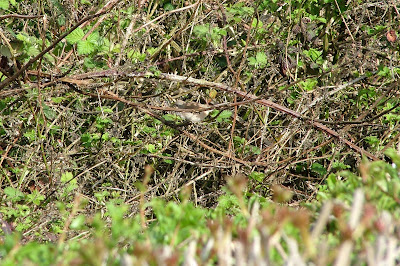 I then got a call from David, the Black Redstart had been relocated, so I dashed back up to the farm but after a search for 30 minutes, I couldn't find it. It was a pity, but time had run out. Work beckoned. Despite that, it had been a good morning.
Posted by Factor at 10:13