I had the whole day to myself yesterday and went on a bit of a bird shopping spree. I had a list of possibles, probables and hopefuls (that included most of them). The plan was to go to Elmley Marshes on the Isle of Sheppey first thing, then sprint back to a number of Surrey sites for a listing frenzy.

I hadn't been to Elmley Marshes since last summer and had forgotten what a great place it is. A bit of a walk, too, but I was parked up before 6.00am and had plenty of time to see some good birds before heading back over the border. The drive from the main road through the flatlands to the car park is an interesting enough section in its own right. I must have seen at least 100 Mediterranean Gulls along the route, as well as plenty of Yellow Wagtail, Reed Bunting, Skylark and Redshank.

On the walk down to the Reserve hides, I saw a stack of Sedge Warbler, Curlew and Lapwing, while at the floods themselves there were the usual suspects, including Avocet.

I scanned the area and picked up three Marsh Harriers and eventually the bird I was looking for, a juvenile Spoonbill, although this one was some distance away. It preened itself before a quick feed and then it eventually flew off east. Later in the day it would return, as would two others. 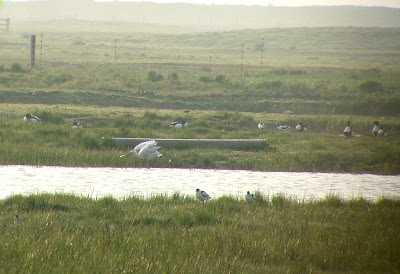 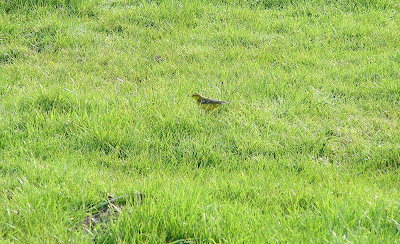 I spent a while looking around, but there wasn't much else about, so took the decision to head back. I'll be back in the coming weeks, though. I also needed to go home first, because I had a problem with my camera I needed to fix.

Once sorted I was out for the Surrey tour at about 11.00am. First stop was Chobham Common, in the hope of finding a Dartford Warbler. Top Tice's Meadow birder, Rich Sergeant, had kindly notified me that two had been seen to the north east of the Common. On the journey, a Red Kite drifted south across the carriageways between junctions 9 and 10 of the M25. A good start.

Chobham, however, wasn't so good. I trudged around the area I thought would profitable, but alas no Dartford Warbler - or anything else. The area was very quiet.

Back on the motorway, which was becoming busier as the day progressed, I headed for Staines Reservoir. Only one car was parked up when I arrived, which didn't bode well. The air was clear so viewing was good, although the wind had picked up. The Great Northern Diver was still on the south basin and there were at least 11 Little Gulls bobbing on the water close to the rafts on the north basin. While I couldn't see the Slavonian Grebe that had been present for some days, I picked up an Oystercatcher flying from the north basin to the south.

I was about to leave when I gave the area one last scan. I picked up a couple of striking gulls with black heads next to the raft gathered with a throng of Black-headed Gulls. My first tick of the day. Two very smart Mediterranean Gulls (129) were on the water. Although some distance away their red beaks stood out very clearly. While my shopping list had ten birds on it, Med Gull wasn't one of them, so I was pleased with the discovery. 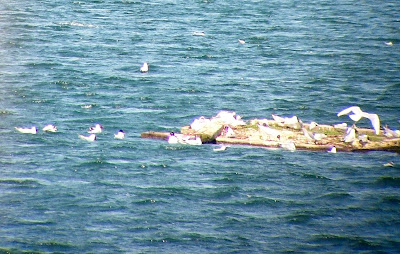 Time was pressing so I was only intending to give Staines Moor a quick tour. On the walk down from Hurstmere Road, and along the path, I saw and heard the rolling, guttural song of a couple of Lesser Whitethroat (130), along with Whitethroat, Sedge Warbler, Reed Warbler and Cetti's Warbler.

On to the Moor itself, I spotted a couple of birders to the south looking intently at the trees along the eastern edge of the moor. I had a hunch what it might be, and right on queue I heard the unmistakable call of a Cuckoo (131).

As I joined the two birders, a Wheatear flew up in front of me, and the Cuckoo flew off to the north. As it transpired, there were two along the tree line. Mike and Jan Hunt, from Bracknell, were excellent company for the next hour, as we waited for either Cuckoo to make an appearance. They were quite mobile, repeatedly flying across our line of sight and landing out of view. Mike was convinced one would honour us with its presence, and sure enough, one dropped down and perched on a branch right in front of us. There it stayed for a good 15 minutes, calling as it did so. 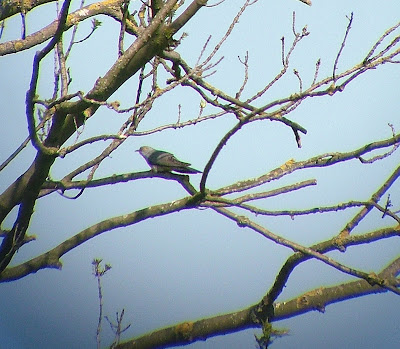 While we enjoyed good views of the Cuckoo, I noticed a Hobby (132) scything its way low across the Moor. It was then joined by another, and we were treated to an air display that only a Hobby can perform. Brilliant. Then higher up, circling, a Peregrine kept watch. 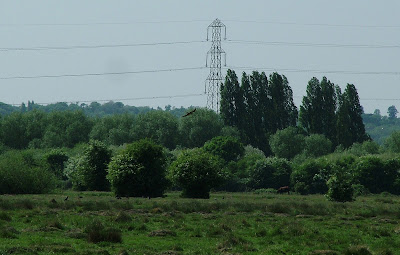 I stayed until about 3.30pm, and then had to go. On the walk back to the car I saw a few House Martin (133), feeding with a small group of Swallows. Staines Moor hadn't disappointed, and continues to be one of the best birding sites this spring.

Three more stops to go. First up Cutt Mill Ponds near Puttenham Common. On the way, via the M3 and A331, I saw another Red Kite circling near Ash. At the Ponds, I walked down towards Cutt Mill House and looked out over the pond and saw my next target bird. A male Mandarin (134) was swimming close to the edge of the lake. I didn't stay long, and headed for Hankley Common, for another stab at Dartford Warbler. Again, no joy. A pair of Stonechats were the only interest here.

Finally, Thursley Common. I now didn't need to see a Hobby, which was just as well, because I didn't see one, but the last target bird of the day ended with success with a beautiful male Common Redstart (135) in the pines near Shrike Hill. It was quite flighty, and so I didn't get a photo, but there are plenty of Redstarts at Thursley, so I will be able to catch up with them as the summer progresses. A satisfactory end to a long day.
Posted by Factor at 12:00