I got a phone call from Gordon Hay this morning at 9.30am. Two Avocets at Mercers West. I had jobs to do, but I managed (as you do) to fit in a visit to the Sand Pits. The pair of Avocets (112) were feeding happily on the edge of the lake, and stayed there all day. 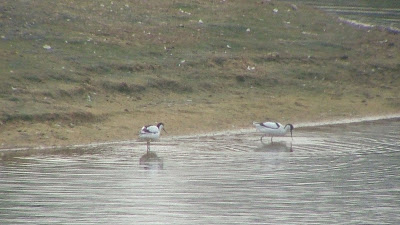 The year list ticks are now coming at an increased pace now the migrant season has well and truly started. Also at Mercers West this morning were at least ten Sand Martins (113), frantically feeding alongside a lone Swallow. Later in the day I saw one of the two Little Ringed Plover (114) on the same spot as the Avocets. The LRPs are a regular visitor to Holmethorpe, as are Wheatear but, as yet, none have dropped in. 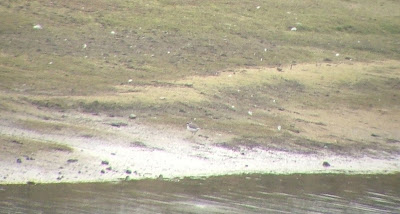 That in itself is a surprise, as is a Sedge Warbler at the Water Colour Lagoons. Gordon, among others, heard the Sedge's sub song in a similar place to where one was located last year. Chiffchaff are now in abundance, and the first Willow Warblers are settling in at the Spynes Mere end of the patch.

It can only be a matter of days before the rest of the regular migrants turn up.
Posted by Factor at 01:41