Some days go to plan, some days don't. Some days you imagine exactly how you expect to see x, y and z, but when it comes down to it, you end up seeing very little. Then there are other days, when it all goes well. Today, I am happy to say, was one of the better days.

Staines Reservoir was the first port of call. As I walked up the path to the causeway, there was no wind, the sun was trying to come out, and one of the two Great Northern Divers was swimming and diving very close to the water's edge. 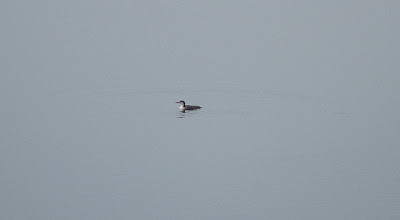 A good start. I walked further up the causeway and met up with Staines Reservoir birding guru, Bob Warden, who had spotted Little Gull and Rock Pipit over the weekend. We picked up a couple of Little Gulls (108) skimming over the water feeding at the far end of the south basin.

I was keen to try and find the Rock Pipit, but Bob had struggled to get good views of it over the weekend, as it tended to drop down into the tall grass by the water's edge when flushed. The bird that grabbed my attention, however, was my first Wheatear (109) of the year. A true sign spring has arrived. It took off, flashing its white rump, from the northern bank of the causeway, and landed some way further up.

As I approached the eastern end of the reservoir, where the metal fencing gets higher and more intrusive, a brown bird flew up - again from the north bank - and flew low along the causeway before landing on top of the fencing. I couldn't believe my luck. The Scandinavian Rock Pipit (110) stayed put for a few minutes, allowing me a chance to get great views of it. 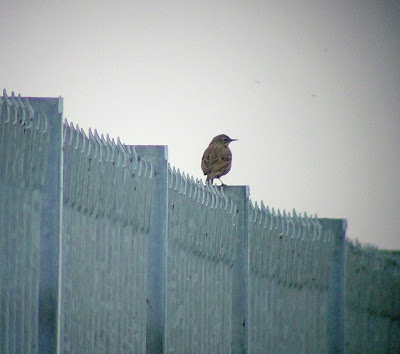 So that was three new birds for 2011 in a matter of minutes. Just to add a cherry on top, moments later a lone Swallow (111) flew overhead.

The next destination was Staines Moor. On the walk down the path to the north of the Moor, I saw eight Shelduck on the banking of the KGVI Reservoir and I heard the first of two Cetti's Warbler. As I approached the wooden boardwalk just before the Moor itself, I had my best-ever views of a second Cetti's. This particular bird was perched relatively conspicuously - enough for me to see it singing at full pelt. Brilliant.

A walk around the Moor produced another two Wheatear, but they didn't stand still long enough for a photo. I couldn't find any Water Pipit, but there were plenty of Reed Bunting, as well as a couple of Lapwing in the boggy area to the centre of the Moor, and three Little Egret on the River Colne.

On the walk back I heard a Willow Warbler and numerous Chiffchaff amongst the usual mix of Tits, Linnets, Great Spotted and Green Woodpeckers.

By now it was coming up to 11.00am, so a return home was hastily required.

As the weather was so nice, and work turned out to be a bit slack, Annie and I went for a walk along the Wey Navigation Canal, near Ripley, near the site where I saw the Barn Owl a few days ago. During the couple of hours walking, birds of note were a Kestrel, a Grey Wagtail and three Egyptian Geese, but not much else. We went for a quick drink at the Anchor Inn up the road - a great spot next to the canal - and afterwards came back to the River Wey in the hope of seeing another Barn Owl. It meant standing around for more than an hour, but we did eventually see a Barn Owl fly over, swoop down to catch something in the long grass and then fly off with its catch. 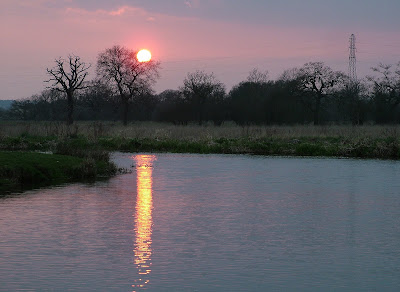 With that, the sun set (hence yet another chocolate box picture to sign off) and we headed home.
Posted by Factor at 01:18