THE EAGLE HAS LANDED

Anticipating it would be a lovely morning, I took myself off over the border into Hampshire this morning. The first-winter male White-tailed Eagle has been a major attraction in the Old Basing area these past few weeks, and I thought it was high-time I went and had a look for myself.

I arrived on Newnham Road just after seven and had a look round. It turns out this area is good bird-watching country. I saw the first of three Red Kite perched in a tree close to the road, plus a couple of Buzzards and a Kestrel. Other notables were a male Bullfinch, showing well in the sunlight, and a Yellowhammer. 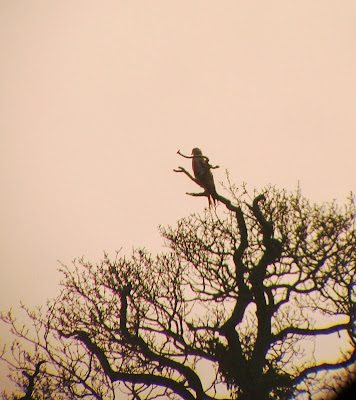 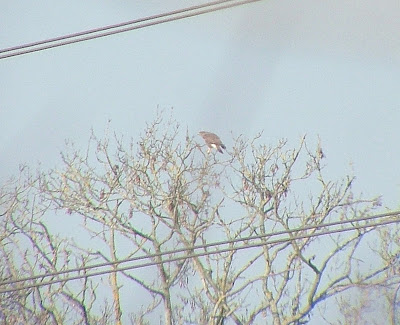 But no Eagle. I wasn't aware of it at the time, but this Eagle is a creature of habit and favours a particular tree in a particular field to perch in. I was lucky, however, because I bumped into a couple of blokes from Weymouth who had missed the Eagle yesterday by 30 minutes and had come back for another go. They had parked up and got a result. 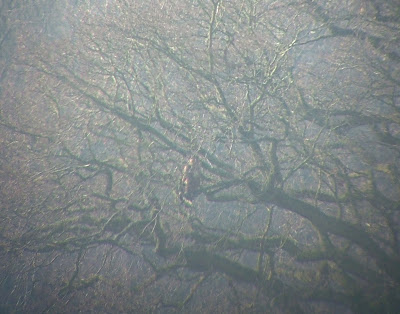 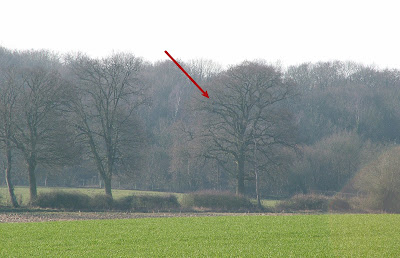 So there he was, partially obscured by branches. This huge White-tailed Eagle perched in his favourite tree. And there he stayed for about half an hour, occasionally preening himself, but in no hurry to go anywhere. He may have already eaten a rabbit (his favourite food - someone saw him grab one yesterday, which must have a been a remarkable sight), so any hope of an aerial display was going to have to wait.

Another Surrey birder arrived with a friend, and as we were chatting, the Eagle decided it was time to take to the air. What a sight. This Avro Vulcan bomber of a bird swallowed up the sky. It flew across the field to be met by a couple of irate Buzzards, that chose to mob the magnificent Eagle as it circled in an adjacent field. 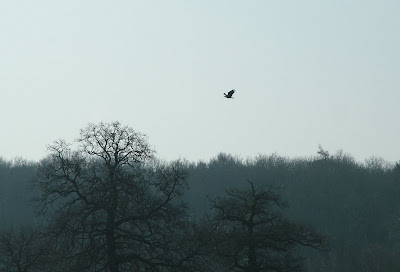 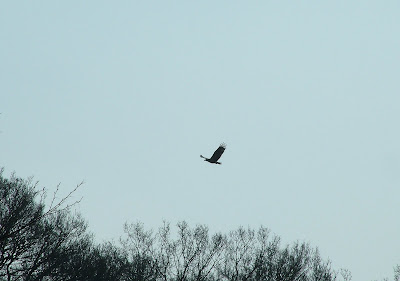 Now, a Buzzard isn't exactly a small bird. When I see one soaring I always take notice. And yet, these two were tiny by comparison. This White-tailed Eagle was only a year old, so he's still got a bit of growing up to do, and his wingspan will stretch to a remarkable 240cm. That's nearly eight feet from wingtip to wingtip.

And so that was that. This bad boy drifted off across the valley and out of sight. It's possible he may stay in the area for some time. He won't breed for at least another couple of years, maybe even seven, so there's no need to go anywhere if food is plentiful. I have a feeling I may be back, too.
Posted by Factor at 18:48