I got up early this morning and paid a proper visit to my local patch at Holmethorpe rather than traipsing off somewhere in the hope of catching up with a new Surrey list bird.

As it transpired, the walk proved profitable on that front anyway, and I only had to drive two minutes down the road.

The plan was to try and find Holmethorpe's first Wheatear, Little Ringed Plover or Sand Martin of the year. No joy on any of those fronts, but they will arrive soon. What I did find, however, was my first Jack Snipe of 2011, two of them seen in flight at The Moors. Also on The Moors were three Common Snipe and two Meadow Pipit. Further along the walk, on the path alongside the landfill site, two flighty Little Egret took to the air. 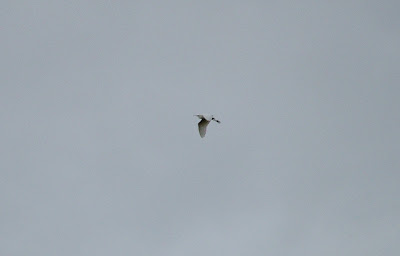 On the path heading north from Mercers Farm, I saw a Yellowhammer fly into an oak, before taking off again, while over at Spynes Mere, the juvenile White-fronted Goose was still present on the field south of the lake, with four Canada Geese and 22 Greylag Geese. A couple of Reed Bunting were singing heartily, while the Green Sandpiper and the pair of Shelduck were still on the Mercers West lake. 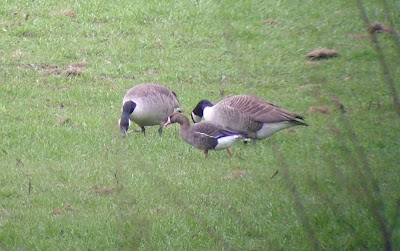 On the way back to the car, I saw a couple of Goldcrest by Mercers Lake and also my first Chiffchaff of the spring. I'm now on 99 for the year in Surrey, so it will be interesting to discover what takes me to the ton in the coming days. I hope it's a good 'un.
Posted by Factor at 16:41